Sound Agriculture has come up with an innovative way of looking at crop nutrition that is helping increase yields for growers and is allowing them to reduce fertilizer use or replace it if they’ve lost some mid-season.

At the company’s helm is Travis Bayer, who, like most Americans, had no connection to farming of note growing up in rural Texas. But farming had a way of finding him anyway.

A former professor of biochemistry at Oxford University in the United Kingdom, Bayer set out on a quest: To translate ivory tower science into something growers could use to transform the value proposition on the farm.

About seven years ago, with funding from the Gates Foundation, USDA, and other investors, he and co-founder/chief executive, Eric Davidson, launched Sound Agriculture in Emeryville, CA. The two scientists discovered their flagship product, called Source. 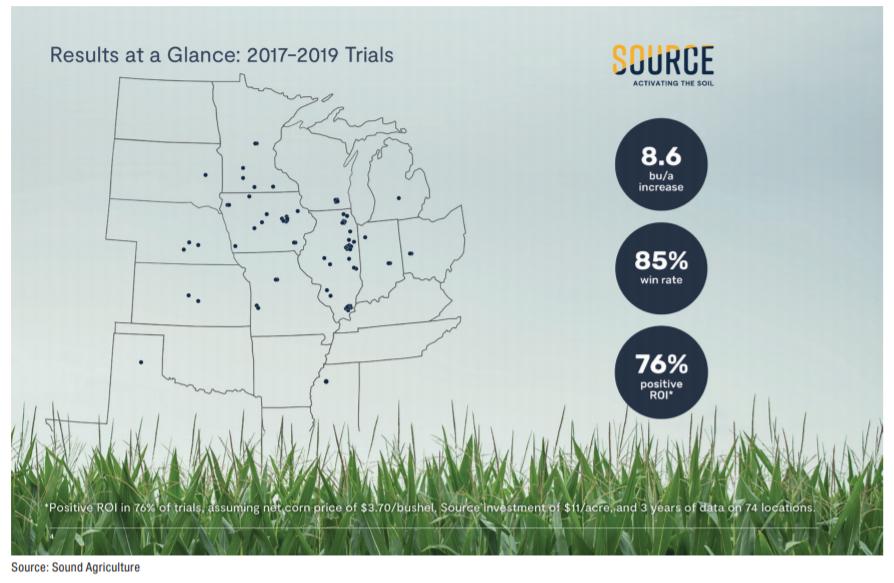 A foliar spray, Source effectively manufactures fertilizer right at the root zone of a plant, by stimulating the microbes that are already in the soil. The product is available commercially for the first time this year.

“You’ll see a lot of companies around Commodity Classic that are selling microbes,” he says in an interview with CropLife®, motioning around to nearby booths on the trade show floor. “We know that the microbes are already there in the soil, and we’ve figured out how to turn them on.”

Bayer adds: “We are not selling foliar nutrition or microbes. The product looks and feels a bit like crop protection — you can tank-mix it with something like a postemergence herbicide, or tank-mix it with a fungicide, but it’s acting in a completely different way. It’s really stimulating that native soil microbiome. We call it ‘crop enhancement chemistry.’” 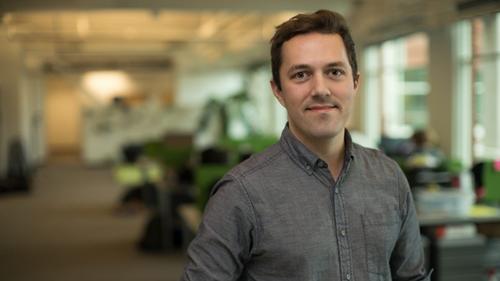 The company is targeting corn first but will expand to soybean and other row crops over the next couple of seasons, Bayer says. Specialty crops are not a priority. He pointed out the razor-thin margins of row crop growers and their need for greater efficiency and profitability as a driving force behind that decision.

“Agriculture is central to many aspects that are good for society: Food security, health, and well-being of rural communities. Growers are on the front lines of climate change. We’re trying to help a grower become more efficient and more profitable, because that’s really at the core of so many positive impacts.

“We’ve gotten a really positive reception from the retail channel,” he adds, “and that is because this is a new class of products. It fits in an interesting space between fertilizer and crop protection, so we’re seeing a lot of positive reactions.” The company works with a network of 15 retail partners in the Midwest and looks to expand.

In most states, Source is registered as a soil amendment or soil conditioner and is simply tank-mixed with products the grower is already using, he says. At a cost of $11 per acre, and assuming a net corn price of $3.70 per bushel, the product has delivered positive return on investment in 76% of field trials over three years of data on 74 locations.

Source has shown a positive effect in over 85% of fields in its trial program — which the company has conducted with the help of a combination of growers, academics, and contract researchers — and provides, on average, a 10-bushel per acre yield increase. In no-till fields containing high organic matter, the yield bump can reach up to 25 bushels, which Bayer attributes to greater microbial diversity found in healthier soils.

“I think there really is potential in every field we look at to increase nitrogen and phosphorus,” Bayer explains. “This is brand-new science. That, for me, as a scientist, is really exciting to see — new ideas that have come up over the last couple of years that are then translated to a product that a grower can use and can actually add value in the field.”

What’s next? Source, he says, is just the beginning of a full pipeline of products that will roll out over the coming seasons, notably around photosynthesis: “We have some exciting projects that are actually increasing the efficiency of a plant in converting sunlight into biomass.” Other projects will focus on drought tolerance and early-season cold stress.

“It’s a really interesting pipeline,” Bayer says. “We’re interested broadly in increasing the efficiency and the profitability of every acre. There’s a lot of untapped potential in these areas of plant physiology.”