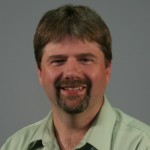 There are lessons to be learned for the Midwest from the places where Palmer amaranth resistance to glyphosate first emerged.

Most growers and consultants across the Cotton Belt got to simply watch with awe as pictures of indestructible Palmer amaranth started coming out of central Georgia, growing large, gobbling up acres and cranking out seeds in the untold billions.

Glyphosate had battled mightily for years against all unwanted plants, but in 2005 it gave up the ghost on Palmer amaranth in a catastrophic collapse that rewrote the books on weed control in the Southeast, and eventually to the Delta and beyond. 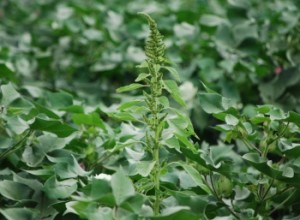 “We have lost the ability to control Palmer with Roundup in these fields, and we are going to continue to lose it as resistance spreads throughout our state – especially in circumstances where we are too dependent on glyphosate.” said Stanley Culpepper, Extension weed specialist at the University of Georgia in April 2007.

Flash forward to today, and while the situation is by no means perfect, growers are regaining control of their acres from the wrath of nature.

“We had a great 2012 as far as Palmer amaranth control – in fact, we had a great crop year as well,” says Culpepper, who is still at the grindstone on the resistance management fight. “During 2013, we have not been so lucky thus far. Mother Nature has greatly challenged our growers and their ability to implement their weed management programs in a timely fashion because of the excessive rainfall preventing field operations.

“Regardless of these challenges, I am amazed how well our growers are hanging in there,” he continues. What he means is that over the past five years there has been a gradual attitude change in growers toward being proactive about the problem. Culpepper pinpoints 2009 as really the turning point in grower mentality, when they “realized what this pest was doing to them and they took it seriously. They got aggressive. They have become very good managers and they are going after it.”

The evidence, as demonstrated by significantly cleaner cotton fields throughout the 2012 and even in 2013 indicates that growers are making inroads. However, it is coming at a tremendous cost. The trail of expenses starts at increased herbicide cost, which averages about $68 per acre not including the actual application, and continues with hand weeding (surveys estimate 54% of the crop in Georgia was handweeded at least once) and a variety of tillage regimens.

“Some growers are doing a lot of tillage and some none, but on average growers spent $5.84 per acre more on tillage just to manage Palmer amaranth,” says Culpepper. “It could be deep turning, cultivating, preplant incorporating herbicides, anything tillage-related.

“So obviously, the total economics of the system is not sustainable,” he adds, “and it is my job to maintain the level of control achieved during 2012, but get control programs costs down to a more economical level.”

Still, despite the challenges there were definitely some program bright spots in 2012. For example, hand-weeding costs were down about half in 2012 vs. 2010. “We were spending about $25 an acre to hand weed two years ago, but now we are in the $12-$15 an acre range,” says Culpepper. “That shows we are doing better across the board, and have become very aggressive as a whole — driven by that change in grower mentality.”

Georgia growers deep-turned over a quarter million acres of land in the last three years and cultivated about 35% of the cotton crop. “If you talked to any of our growers, nobody wants to deep turn, nobody wants to cultivate; but we had to do things to preserve the family farm,” says Culpepper. “Now as we get restarted over the next couple years to a more economical production plan, we hopefully can get back to conservation tillage and actually do it better than we ever did before.”

As far as herbicides, the last few years have provided Culpepper and Georgia growers a solid education on the pros and cons of various products, and made it possible to create the best program options possible that also preserve yield.

Monsanto’s Roundup Rewards program made a huge difference in increasing adoption of residual herbicides by providing substantial rebates on selected actives. Fully implemented it could save a grower $20 to $22 per acre in herbicides. “I don’t believe (or at least hope) anyone thinks you can spray Roundup, Roundup, Roundup any more, nor do they believe you can do the same with Liberty,” says Culpepper. “They understand that a sound management program requires that we rotate chemistry and are diversified.”

There’s also a better understanding of herbicide strengths and limitations related to timing of application. “We have learned in the last two years what happens when we spray Liberty at sunrise vs. the middle of the day, or how long products can sit in the field and remain viable without rain,” says Culpepper. “Those kinds of things can greatly influence the level of control that a grower will get, and can make or break a system.”

In the short term, Warrant preemergence is going to be an additional tool to help Georgia cotton growers because it is a great tank mix partner with Reflex, which is currently used on about 90% of Georgia cotton, says Culpepper. “Those together in combination are very effective.”

Economics will be slower to come, but for now Culpepper is willing to revel a little in the heroic efforts Georgia growers have shown so far. “We are going to be implementing a diversified crop management system across the board, it’s not just spray, spray, spray anymore. That’s not sustainable. And our growers are definitely on that,” he says.