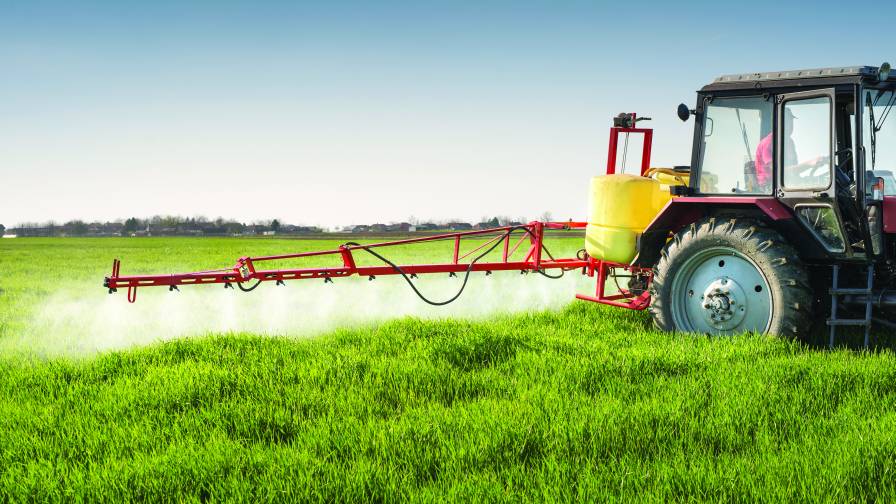 A number of drift reduction agents (DRAs) are now part of the new herbicide systems’ labels. Unfortunately, their use got confusing in 2017.

Adjuvants are designed to provide big benefits to applicators by improving pesticide spreading, wetting, canopy and leaf penetration, and adhesion. All are key to effective herbicide coverage — and ultimately complete weed kill. No half-dead victims or fully intact survivors that live to see another day and reproduce to pass along herbicide-resistant traits.

But one job of adjuvants, drift reduction, seems to have taken center stage this past season. In fact, stopping drift has gotten a whole lot more important — and complicated — as new cropping systems utilizing potent herbicides have hit fields.

A number of drift reduction agents (DRAs) are now part of the new herbicide systems’ labels. Unfortunately, their use got confusing in 2017.

“The first reason was there were constant changes to the online label in the spring — most prior to but some during the application season,” explains Ray Pigati, Product Technical Specialist with WinField United. “This online label was a new process in a different place that both applicators and growers were unfamiliar with.” Applicators and growers have so much going on in the spring these constant changes to the herbicide labels were not ideal, he adds.

Another issue: “The two new dicamba product websites were not in lock-step with each other, so some things could be applied with one dicamba product and not the other,” says Pigati. “Also, some products required a DRA be included in a dicamba application while another label didn’t.” Even further, the list of approved nozzles on each website was different.

A number of drift reduction products were designed to be used with the air induction nozzles mandated on dicamba labels. Also listed was the maximum pressure (60 psi) the herbicides should be applied at, but there was no minimum pressure listed, points out Bob Wolf, Wolf Consulting & Research. He was concerned that using lower pressures would affect sprays and contacted WinField United.

Testing at the WinField United innovation center revealed that there was significant pattern collapse with certain products and nozzles at specific pressures, especially at the lower ends of ranges trialed.

“The consequence of pattern collapse is application coverage is compromised. Too much product is applied on some areas and not enough product or other areas across the boom,” says Pigati. That would set the stage for conditions favorable to resistant weeds.

Wolf is suggesting a pressure range of 40 psi to 60 psi.

For next season, Wolf says applicators have to make sense out of which adjuvants are required and how to best use them. Just because an adjuvant made a label’s list doesn’t mean it’s a smart choice, he emphasizes. Applicators still have to make decisions based on good agronomic principles, how tank components mix, and the cost to the grower.

One factor to consider is how much an adjuvant has been tested and where. Products were tested for approval in a laboratory wind tunnel at the University of Nebraska. Then EPA ran droplet data through a spray drift prediction model called AGDISP, developed by the USDA Forest Service several years ago, says Wolf. EPA’s goal is to protect endangered species.

The wind tunnel testing at Nebraska and other testing facilities looks at a very specific measurement with each of the nozzles and tank mixes trialed, explains WinField United’s Pigati. He believes the University of Nebraska has done and continues to do a good job determining the amount of fine droplets that certain nozzles plus products produce, “but spray application is more than just fine droplet reduction. It’s also about optimizing coverage as efficiently as possible to achieve the best control of the target pest,” he says.

“The advice I always give people is if they’re going to use a DRA, they should test it in their equipment with their systems and be comfortable that it is successfully reducing drift,” says Wolf.

Issues surrounding DRAs, nozzles, and labels this season perhaps reveal a bigger industry problem, he suggests. What happens when one spray factor — drift reduction — becomes all-important, at the expense of weed control.

“This all came down because EPA was concerned about certain adjuvants or chemicals in the spray tank mix changing the droplet spectra. If the droplets get changed, the drift potential gets changed, and that’s why all these products had to go through EPA’s approval process,” he says.

CropLife® magazine asked adjuvant manufacturers — who offer a host of oils, salts, acids, polymers, and combinations of these to modify the characteristics of liquid sprays — to weigh in on drift challenges.

His company offers a product called Willowood DRIFTGUARD. It stabilizes herbicide and other pesticide sprays by increasing droplet size to provide a reduction in the physical movement (drift) of spray particles, he says, and it can be mixed with water-soluble and emulsiﬁable herbicides.

Terry Nash, Adjuvant Brand Man­ager with Helena Chemical Co., admits the environmental conditions in which pesticide applications are allowed (and dictated by their respective labels) are difficult to manage in the best situations, let alone the extremes growers face today. The good news: “Quantitative variables such as DRAs are fairly easy to select, utilize, and manage,” he says.

Nash suggests adjuvants are critical to weed resistance management in a number of key areas. For instance, a water conditioner such as the company’s Oculus could be added to mitigate water issues. A surfactant maximizes herbicide coverage and uptake. And DRAs can reduce driftable fines and increase volume median diameter (VMD) of spray droplets. Helena actually sells all three classes of DRAs, including polymers, guar based, and oils.

BRANDT has seven adjuvant products listed/approved on new cropping system labels. The company has been working with herbicide manufacturers and the 2,4-D and dicamba products paired to the traits for several years to prepare for the new formulations, says David Bower, Adjuvants Product Manager.

“In general, we design adjuvant formulations for use with specific pesticides and carefully study the pesticide mode of actions,” he adds. “This helps us determine which inert ingredients are best suited to work with these chemistries and specific tank mix requirements.”

The company’s adjuvants are designed and formulated to enhance spray coverage and cuticle penetration and to keep the spray application on target, he adds.

A reminder: The nozzles for use with the new dicamba technologies were approved because they limit the amount of fine droplets, which most do by creating bigger droplets, says WinField United’s Pigati. Although this is good for drift mitigation, it creates some challenges for optimizing coverage. The best thing to help improve coverage and efficacy in this scenario is to increase GPA as much as the operation can manage and the label allows.

“This along with adding our new DRA OnTarget plus InterLock will help to minimize fine droplets and improve coverage,” he says.

One possible cause of dicamba damage in 2017 that’s being explored is product volatility.

“Reducing drift has always been a challenge. Even more challenging is reducing the product chemical volatility,” says Joe Brennan, Product Development Manager with Atlantic-Pacific Agricultural Co. “It’s been stated that the new herbicide technologies have significantly reduced volatility from previous dicamba formulations. With the addition of spray tank adjuvants and drift retardants, they give growers more tools to further reduce drift and volatility.”

He says Atlantic-Pacific’s HOOK adjuvant does that. It allows the spray mixture to spread the chemical more evenly, sticking the chemical to the plant surface for better leaf penetration and allowing the deposition of herbicide to get under the leaf and into the lower canopy — and less on the ground. These HOOK traits help reduce volatility and chemical movement of both dicamba and 2,4-D.

Is Glyphosate Going On-Farm Only?