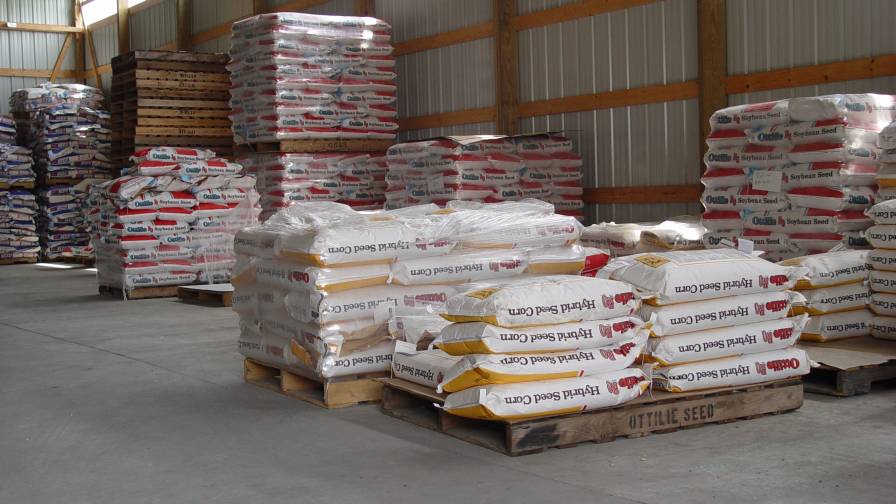 For the past few years, seed purchasing decisions have trended later and later into the season — and this is likely to remain the case in 2017.

Traditionally, the majority of the nation’s grower-customers made their seed planting decisions in the late fall. Normally, when folks attended the annual American Seed Trade Association in early December, pretty much all of the attendees had a good idea of which seed types would be in demand for the upcoming growing season. However, over the past three years, as commodity prices have dropped for certain crops once the harvest came in, the majority of growers have delayed their seed purchasing decisions until the calendar has already changed from one year to the next. In fact, the past two years, seed purchasing decisions were still being decided when industry watchers were attending the annual Commodity Classic show — which typically takes place in late February or early March.

Coupled with this “late decision-making” trend, seed companies are having a tougher time determining what seed types will be the most popular year-over-year and correspondingly manage their cost risks in the process. This has, in some instances, caused a few of them to push for ag retailers to handle their seed brands exclusively vs. their many competitors. For example, during 2016, AFS Seed, the seed distribution arm of Asmus Farm Supply in Rake, IA, was asked by Monsanto to exclusively carry the company’s Channel brand. Ultimately, however, AFS Seed decided against this arrangement and has consequently switched to other seed offerings including AgriGold (AgReliant), Prairie Brand (Dow AgroSciences), NuTech (DuPont), and Credenz (Bayer).

“Our goal, especially in this market environment and the way things are developing, is to have options for our customers, whether it’s seed, crop protection, or fertilizer,” explains Bil Schrader, Seed Department Manager for AFS Seed. “Being exclusive to Channel really limited the offerings we could bring to the table. That was the main reason for walking away from the relationship.”

Despite these market challenges, the overall seed category performed quite well during 2016. In fact, according to data collected in CropLife® magazine’s annual CropLife 100 survey of the nation’s top ag retailers, the seed category saw its revenues rise significantly last year, up almost 7% to $4.6 billion. Market share compared with all other crop inputs/services grew 2% to 16%. This represented the largest single-year revenue/market share bump for the seed category since the beginning of the 2010s.

For 2017, the question for the seed category now becomes can it continue to build upon this strong 2016 performance? For some clues to this answer, we can take a look at some of the seed-oriented results from our 3rd annual Buying Intentions Survey.

Despite this obvious shift to soybeans from corn in 2017, spending levels for the two seed types will remain remarkably similar. According to the Buying Intentions Survey, 24% of ag retailers plan to spend between $1 million and $2.5 million on soybean seeds in 2017. For corn, this percentage stands at 22%. Even more incredibly, the percentage of ag retailers that plan to spend in excess of $10 million on their corn seed purchases in 2017 stands at 18%. For soybean seeds, this percentage in 2017 is 15%.

With most of the attention expected to be on corn and soybean seeds this year, the other two sectors tracked in the Buying Intentions Survey — wheat and conventional seed — aren’t anticipating a strong sales year. For wheat, 39% of respondents say they plan to spend less than $100,000 on these seeds in 2017. For conventional seed, the percentage of ag retailers spending less than $100,000 for the upcoming growing season stands at 53%.

The one other area of the seed category tracked in the Buying Intentions Survey was seed treatment. In recent years, this sector has grown quite nicely year-over-year. For 2017, this rate of growth might slow down somewhat, but not significantly. According to the survey, 38% of respondents plan to increase their spending in this area between 1% and more than 11% for the year. The majority, 50%, plan to keep their seed treatment spending levels at their 2016 for 2017. Only 12% of ag retailers anticipate decreasing their spending on seed treatments during the upcoming season.

0 1 5 State Of The Seed Industry: Better Later Than Never

The Quest to Find Scale, Stay Local Is Paramount in Ag Retail Mergers