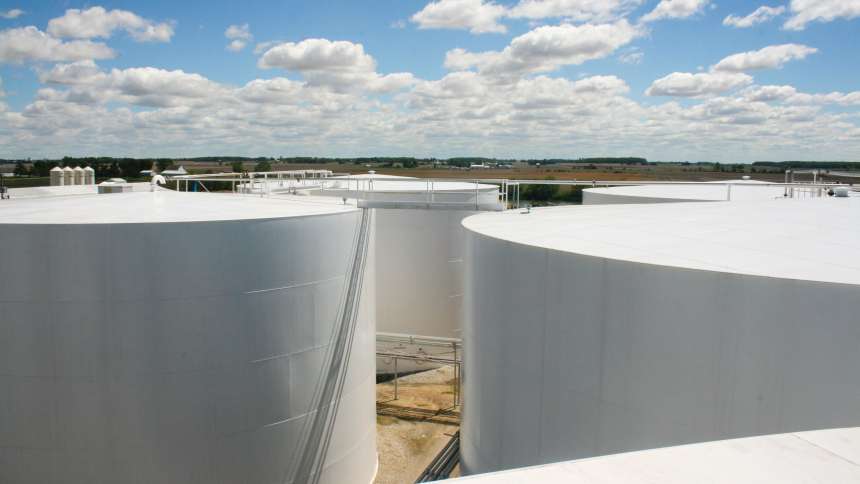 When it comes to fertilizer, purchasing delays by growers could have a significant impact on logistics this spring.

Declining fertilizer prices and plentiful supplies should be good news for growers facing low crop prices. But they and their ag retailers have been struggling with just the right time to pull the trigger on purchase decisions. And their choices will seriously impact this year’s cropping season.

Why the soft market? For one thing, a strong U.S. dollar is encouraging more material to come to the U.S., explains Gene Vernon, director of retail crop nutrition sourcing with J.R. Simplot Co., Boise, ID. “With all that increase in supply and activity, it’s driving prices downward,” he says.

“There is some hesitancy in the market as far as when customers are ready to buy, when distribution channels are ready to buy, and there are a lot of people sitting on the sidelines today waiting for that right time,” he adds. Plus, the oversupply is causing dealers to question who to align with and who to partner with. 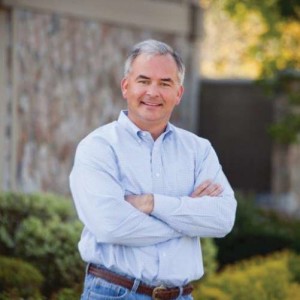 “We’re waiting too,” says Dave Dufault, VP and GM for Simplot, AgriBusiness Divison.  “But do you wait too long to get the cheapest price and not have it available when your growers want it? Or do you buy it today for what seems like a very fair value with the thought you’ll have it on hand when the growers are ready for it. We’re trying to find the sweet spot.”

One Midwest CropLife 100 dealer said because the markets were still soft his team did not feel comfortable bringing in product yet. “In the past 4-5 years December would have been the time, but we’re in a declining price market,” he says.

Looking back to 2015, fall application activity was mixed. For instance, Barry Ward, extension ag economics specialist at Ohio State University, reported that many growers there were “reluctant to put a lot of money down right now.” Some were still trying to be conservative on spending, and actually cutting costs.

The nutrients most affected seem to be P and K. In northwest Ohio, for instance, where excessive moisture during spring and summer damaged crops and yields, growers may back out of P and K applications this fall and winter. Ward says that “as a cost-cutting measure, they’re trying to manage some margins going into 2016.”

When they do apply P and K, he is seeing growers managing these nutrients “on a more precision ag basis based on soil testing,” he adds. On the phosphorus side, growers will particularly aim to be more site-specific, as they try to protect sensitive watersheds, such as those near Lake Erie.

As for nitrogen, Ward says he doesn’t expect to see a dramatic cut in applications. Most of his area’s growers are in still in a good enough position financially and won’t want to cut fertility to the point of negatively impacting yields. “Some are managing this transition to lower margins by trying to push yields rather than cut so much on the cost side,” he explains.

But one Indiana CropLife 100 retailer said fall nitrogen application in his territory was trimmed 15%-20% from normal rates. “That’s how growers perceived they need to cut the budget to make things at least close to profitable,” he found.

That positive outlook was shared by others in last month’s 2015 CropLife 100 Report. When asked to compare 2016 corn acreage to 2015 projections, 37% of respondents said they expect a 1% to 10% rise in the amount planted. Only 27% of these retailers foresee corn acreage falling between 1% to 10%.

The delay in purchasing has real implications for other aspects of the crop year. “Some fertilizer manufacturers are still producing as if the industry was taking normal deliveries, and they’re running out of space to put some of this material,” says Simplot’s Vernon. “They’re utilizing rail cars and some off-site facilities for storage.”

He envisions a problem with turnaround on those railcars once customers start taking deliveries. “It’s going to jam up the logistics in the delivery system. How long and how severe, that’s yet to be determined. But after the first of the year — and I would anticipate more in the springtime — there’s going to be some challenges around railcar and trucking availability.”

One Midwest CropLife 100 retailer agreed. If all dealers hold off buying fertilizer, hoping for the bottom of the market, and it happens in spring, that will be “really dangerous” logistically, he says.

Plus, over the last 7 to 8 years his suppliers have decided to bring in only what they know they have a place to go with. “They’ve proved they won’t bring in product unless they have firm commitments on what you’re going to need,” he says.

There also seems to be no run to pre-pay. “Quite simply, grain prices have not moved,” he adds. The price hasn’t given farmers the incentive to go out and sell their crops.

Ohio State’s Ward notes that in high profit years, dealers managed income taxes by doing lots of pre-pay — for seed and chemicals as well as fertilizer — for the following year. “There might not be much of a push to put a lot of money down prior to the first of the year,” he says.

As River Valley Coop’s Wenthold puts it, “I do see a shift in check writing from December to January. Growers have not been excited to finalize decisions and write checks.”

While growers in the Midwest may be struggling with finances and fertilizer, the picture to the west is considerably better.

Dufault explains Simplot services the 14 western states, from North Dakota, South Dakota, Minnesota and Nebraska to the coast. “Yes, soybean prices are low, I get that,” he says. “But we operate where there’s sugarbeets and potatoes and highly productive alfalfa. Then you get into California where there’s up to 320 crops grown.”

Indeed, he notes that the potato grower who did the right thing with contracts is doing well. The alfalfa grower in the West is doing okay. And the nut grower and the grape grower in California are doing really well.

He believes fertilizer volumes sold in Simplot’s territories will be dictated more by Mother Nature — can growers get out to put product down — than by commodity prices. At presstime, the Pacific Northwest and California were seeing record levels of rainfall and snowfall, courtesy of El Nino. The implications for agriculture in the region are huge.

In fact, with the additional moisture, Vernon sees growers farming California acres that have been idle the last two years due to the prolonged drought. Thousands of acres of open ground could bounce back into full production in 2016. “Growers that fallowed these fields had put water resources on their permanent crops where they were making more money,” he says.

Precision ag plays a large role in Simplot’s fertilizer business. Growers formerly reluctant to embrace VRA have seen the technologies proven — and paying off. “They’ve seen that reducing application rates or not applying to certain pieces of the field can be a benefit,” says Vernon.

“As a sales organization, we are recommending adjusting rates for crop nutrient uptake because sometimes selling a little less fertilizer is more sustainable,” he notes. “We had to re-wire their thinking that this is a good thing for their business overall.”

Dufault says that while it’s pretty straightforward to prove production improvements in corn fields via yield monitors, for instance, the same cannot be said for the many specialty crops Simplot services in California. “We don’t have a way today of getting variable yield information on grapes, almonds, pistachios, walnuts, citrus, all those permanent crops,” he explains. “Proving to the farmer that spending money on precision agriculture will bring a return on that investment can be pretty challenging in this segment.”

No matter, Dufault says his team is excited about the diverse market they serve — and the coming fertilizer year. “There are nitrogen products, phosphate products, potash products, sulfur, zinc, all these things. At the end of the day our growers want to grow good crops, and they need to be maximizing productivity,” he says.