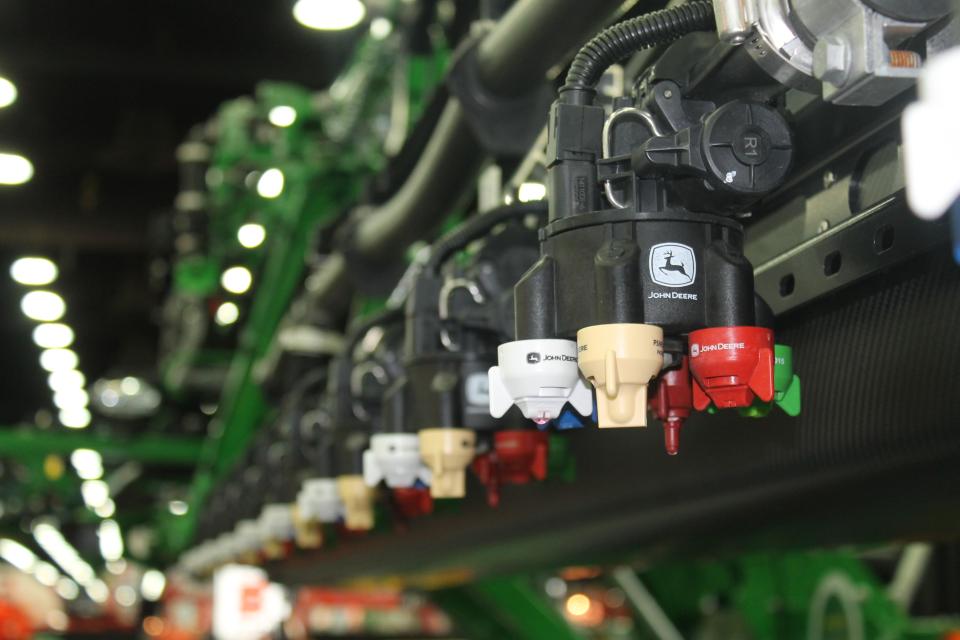 Adoption of new cropping systems has led to a want for more off-target spray drift prevention and the expansion of Pulse Width Modulation (PWM) technology, used in systems such as John Deere’s ExactApply.

During the 2018 crop season there weren’t too many surprises as far as the nozzles and tips marketplace was concerned. In fact, according to Will Smart, President of Greenleaf Technologies, the overall year played out much the same way for nozzles and tips as the previous two years had.

“While Greenleaf Technologies did sell a number of approved dicamba TurboDrop TDXL-D and TADF-D nozzles, many dealers and distributors were impacted by the nearly 2 million nozzles that were provided free to farmers as part of a program by the chemical companies for the application of Engenia, XtendiMax, and FeXipan,” Smart says.

Both expect more of the same in 2019. But as with most aspects of the agricultural marketplace, one overriding trend impacting virtually every grower spending decision these days ties back to commodity prices, which have been decidedly lower recently than they were just three years ago. For the better part of 2018 corn prices hovered just above the $3 per bushel range, with soybean just above $7 per bushel. For the most part, these prices have held relatively steady heading into the 2019 growing season.

“Three years of depressed grain prices have certainly affected the farmers’ outlook and spending habits,” Greenleaf’s Smart observes. “They are generally being quite frugal and spending only on what they truly need or on what will save or make them more dollars per acre.”

The Growth of PWM

Somewhat in contrast to this “desire to be frugal,” U.S. growers have been faced with an ongoing threat to their ability to increase crop yields — herbicide-resistant weeds. With almost 300 species of common weeds now confirmed resistant to popular crop protection products such as glyphosate — with more being discovered on almost a monthly basis — growers have began using new cropping systems tied to a pair of older chemistries: Dicamba (Xtend) and 2,4-D (Enlist). In many cases, Smart says, this has forced the nation’s growers to take a harder look at many of their product choices, including nozzles and tips.

“The unprecedented adoption of the Xtend and, to a lesser extent, the Enlist cropping systems has made farmers take a closer look at nozzle technology, as the chemical labels require specific nozzle models, sizes, and pressures for the application of these products.”

In turn, he adds, adoption of these new cropping systems has led to a want for more off-target spray drift prevention and the expansion of Pulse Width Modulation (PWM) technology. “John Deere’s introduction of the ExactApply system, which includes PWM technology, should create a wider audience for this versatile system,” Smart says. “Additionally, Capstan’s introduction of a low-cost version called EVO will make PWM with turn compensation available at a more economical level.”

Tim Stuenkel, Global Marketing Communications Manager for TeeJet Technologies, also says that adoption of the dicamba and 2,4-D cropping systems has impacted his company as well. “Next-generation seed genetics with new herbicide-tolerant traits are creating a shift in the mix of crop protection products used,” Stuenkel says. “Increased pre- and post-dicamba application in cotton and soybeans, for example, has created strong demand for spray tips that provide excellent drift control, such as our Turbo TeeJet Induction (TTI). 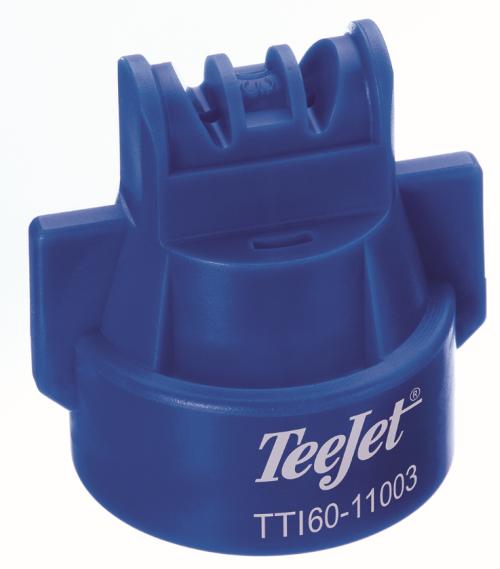 “Increased acreage of both these cropping systems will increase demand for spray tips that provide excellent drift control,” he continues. “Dicamba applications are squarely focused on the TTI spray tip, while growers have a little more flexibility in spray tip choices for 2,4-D application.”

According to Stuenkel, tying into this trend, TeeJet is introducing a TTI TwinJet, the TTI60, that offers the same drift control as the regular TTI. “But this new nozzle has the advantage of twin spray coverage and a one-piece tip/cap design for easier installation,” he says.

Along these lines, Greenleaf is introducing a non-air inducted nozzle for PWM systems for the application of products that require better coverage than “dicamba” nozzles can deliver. This low-drift DualFan nozzle can provide spray quality of medium to coarse to very coarse. “It can also be used at the low-pressure range for burndown with systemic herbicides where drift control is important,” Smart says of the new DualFan. 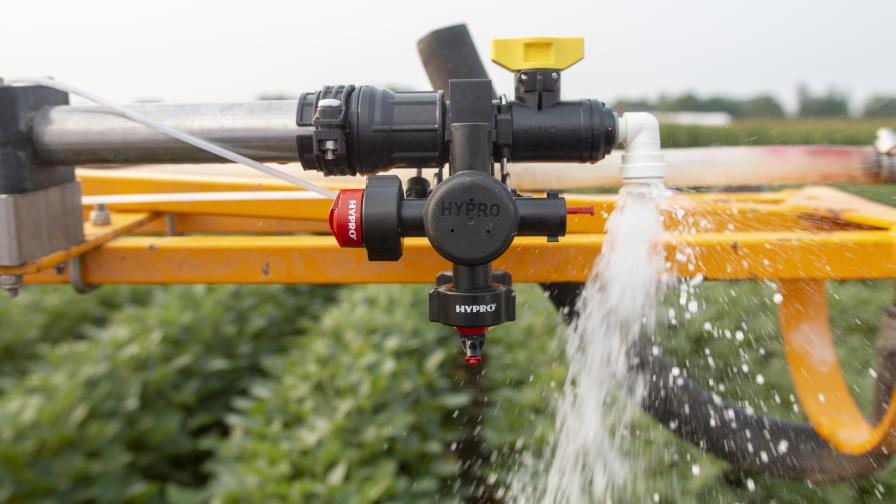 At Pentair Hypro, meanwhile, the company is looking to help applicators with clean-out for its newest product for 2019. “To reduce the amount of time required to perform an effective clean-out procedure, Pentair has developed the Pentair Hypro Express Flush Valve,” Fleitz says. “The plug is being replaced with a stainless-steel ball valve. By doing this, we can significantly reduce the amount of time and labor required to flush spray booms.”

Looking ahead, virtually all nozzle and tip manufacturers believe the adoption of new cropping systems will continue to dominate how the industry develops new products down the road as well. “Increasing adoption of dicamba- and 2,4-D-tolerant crop varieties and the EPA regulations have resulted in continued adoption of advanced application technology,” Fleitz says. “In order to maximize the return on investment in modern sprayers and crop protection chemicals, it is imperative to pair these systems and products with nozzles that will maximize their performance.”