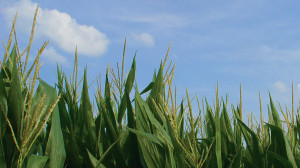 U.S. agriculture appears to be entering a new era marked by both greater risk and potentially greater rewards. The challenges and implications of Agriculture 3.0 are plentiful. How will agribusinesses capitalize more on the promise of biotechnology? When will the precise use of nutrients and pesticides become the norm? How will a new Farm Bill impact the farm safety net? Will the transition of the next generation of farmers be successful? These are just a handful of key questions that will begin to be answered over the next several years. Fortunately, one of agriculture’s greatest resources are those individuals with the leadership to responsibly and creatively influence the future. These seven agriculture leaders are showing the initiative and direction within their organizations to help us navigate a fast-evolving industry. 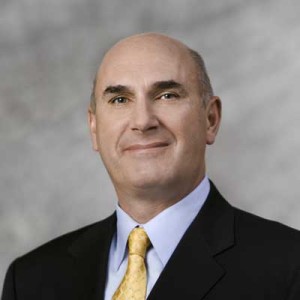 As leader of the multi-national biotech giant, Grant has had a major influence on the food we eat. Since becoming president, chairman and CEO in 2003, he has led Monsanto through a series of moves focused on developing products that help farmers grow more crops by using resources more efficiently. Grant has been a key contributor toward raising awareness and advancing a global dialogue about the challenge of doubling food production by 2050. “Real solutions to global hunger challenges are needed now,” said Grant in a recent op-ed piece. “The challenges are not getting smaller. Our company is proud to participate in this dialogue and will continue to encourage others to engage in this debate to create real change in 2012 and beyond.” 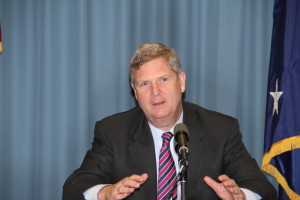 The U.S. agriculture industry has been booming under Vilsack’s term as leader of the USDA. Since becoming Secretary of Agriculture in early 2009, Vilsack has worked to help support economic recovery by focusing on agricultural infrastructure and renewable energy sources for farms. He’s also been instrumental in helping to draft a Farm Bill this year that gives farmers tools to reduce risk, increase trade opportunities, protect the environment and grow yields for both food and bio-products. “We need to maintain a strong safety net, we need to support sustainable productivity, and we need to promote vibrant markets,” said Vilsack at the 2012 Commodity Classic. “We need to have a conversation about the Farm Bill and pass it, and pass it now.” 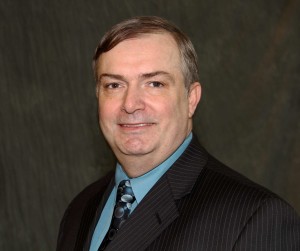 With more than 30 years of service to agricultural education, Brown is responsible for providing leadership for FFA and serves as chairman of the board. He also advises national FFA officers, delegates and committees on policy matters and serve as an ex-officio member of all FFA committees. For an industry that will rely heavily on young ag professionals to grow and prosper in the next several years, Brown has been instrumental in helping to drive the profession’s long-range goal of achieving 10,000 quality agricultural education programs by 2015. FFA has also provided direct input to the USDA to help its efforts in developing the upcoming Farm Bill, specifically ways to encourage more young people to pursue careers in farming.

Doyle is the current president and CEO of the world’s largest fertilizer enterprises by capacity, producing potash, phosphate, and nitrogen. The PotashCorp leader is also on the boards of The Fertilizer Institute and International Plant Nutrition Institute, as well as a member of the Executive Management group of the International Fertilizer Industry Association. A 37-year veteran of the fertilizer industry, he has been a vocal leader in promoting safety initiatives. “Safety is my company’s – and the entire industry’s – number one priority,” Doyle said. “One of the main areas of focus during my presidency at IFA will be on raising the importance of safety among the members because our first responsibility is to ensure the safety of the great people who come to work every day for our industry.”

Allen started at Deere & Co. in 1975 as an industrial engineer, steadily working his way through the ranks, as well as through assignments in Latin America, China, East Asia, and Australia. He became Chairman and CEO of the world’s leading manufacturer of agricultural machinery in 2010. As Deere celebrates its 175th anniversary in 2012, Allen has promoted the company’s long history of delivering the latest breakthroughs in technology and productivity to farmers worldwide. “John Deere revolutionized agriculture and he made farming in the tough soil of the U.S. Midwest a productive and profitable venture,” he said. “Our recognition of this special anniversary reminds us of the many thousands of John Deere employees who came before us to make this company a world leader.”

Schott, a farmer in Kulm, ND, serves as chairman of the National Corn Growers Association (NCGA), which represents approximately 35,000 dues-paying corn growers and the interests of more than 300,000 farmers. The NCGA serves as a leading voice for ethanol on Capitol Hill and continues to educate consumers about the benefits of using ethanol, something Schott and the NCGA take great pride in. “Corn farmers and the American ethanol industry answered the call nearly 30 years ago to provide feedstock for a domestically produced renewable energy source,” he said. “Today, that same feedstock constitutes more than 10% of the nation’s fuel and continues to provide a bountiful supply of corn to our long-term customers.” 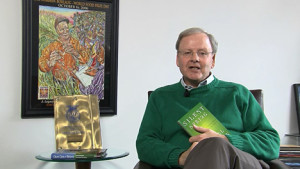 As president and CEO of CropLife America – the largest national trade organization representing developers, manufacturers, formulators, and distributors of agricultural pesticides across the U.S. – Vroom has testified numerous times before U.S. congressional and regulatory bodies, and represents the U.S. plant science solution industry internationally. “The crop protection industry is committed to hearing and responding to consumer questions and concerns about U.S. agriculture, and to better communicating our investment and dedication to protecting human health and the environment,” said Vroom at a recent symposium. Vroom has also spearheaded CLA’s Modern Agriculture initiative, which was created to properly depict the innovation, stewardship, and advancements continually made by growers to sustainably produce higher-quality products with a smaller environmental footprint.

0 1 5 7 Most Compelling People In U.S. Agriculture