In the next few years, retailers who succeed will be taking their trusted advisor status to new, higher levels in a number of areas.

Technology. Retailers will need to expand their knowledge, to be the expert on new technologies coming that customers will need to know about. The biggest area here: Artificial intelligence and automation.

Going further, dealers need to generate conversations with growers on these cutting-edge topics that go beyond their focal point — which has always been “this year,” says Ron Farrell, President of Farrell Growth Group LLC. 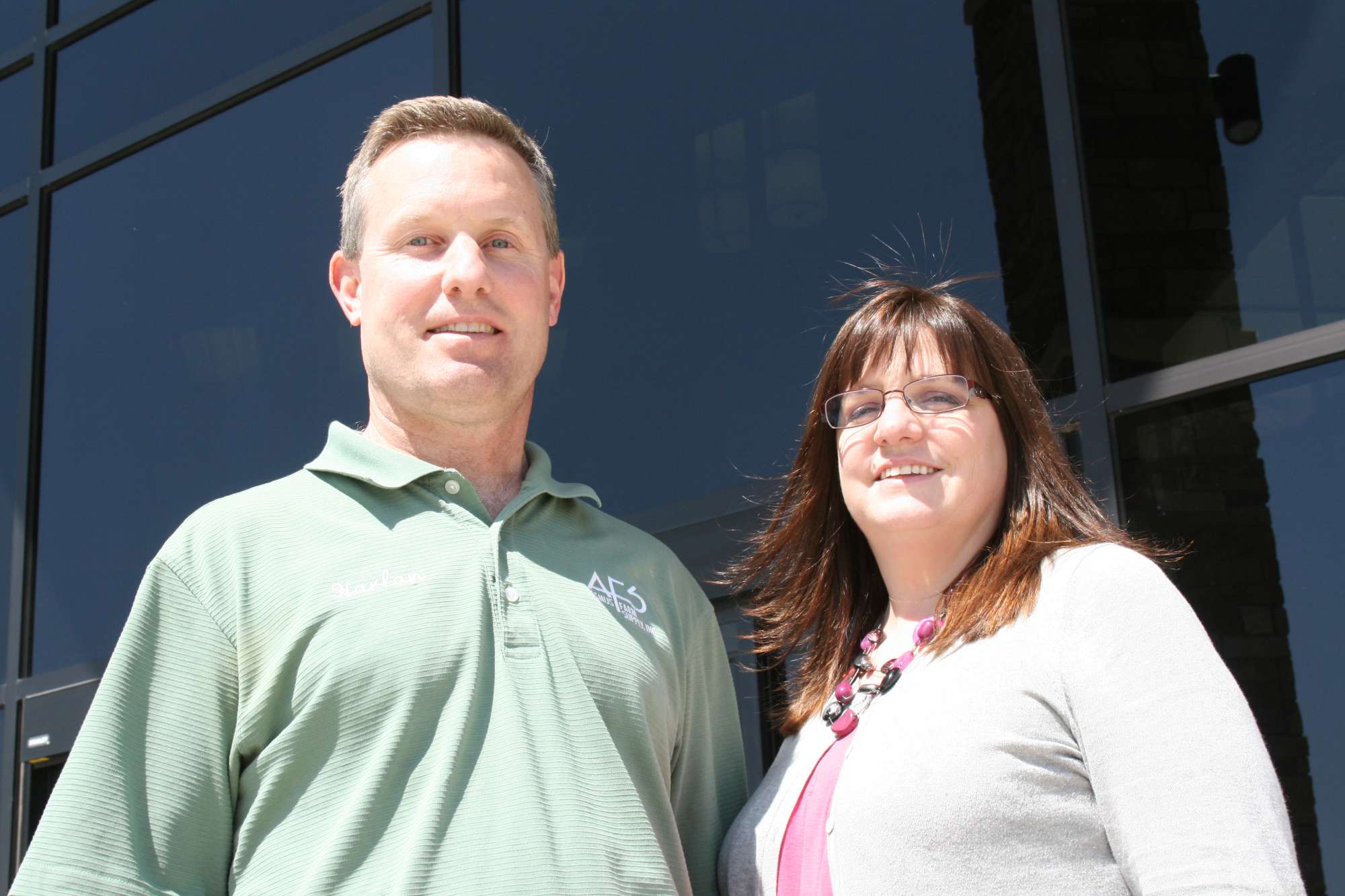 Information and technology are hot topics now, says Amy Asmus, Co-Owner of Asmus Farm Supply, but the problem is retailers have been giving it away as advice with a sale. “With margins being squeezed ever so tight, retail needs to charge for these services,” she says.

The big question from growers that Asmus has always wrestled with is, “Should I get my advice from my retail partner or are they just going to use my information to sell me more?” She is wondering if dealers should split their services/recommendation divisions from their sales division — so they don’t have a direct connection.“

And if that should happen, why would we as retailers not just partner with existing service providers who are doing a great job without reinventing the wheel in-house,” she asks.

Data. Dealers already understand agronomics and the production cycles of their farmers. But in the future they will need to be specialists in data management. Growers are going to be looking at how to improve their return on investment — “and it will take a specialist to walk them through that,” says Farrell.

Precision ag is definitely growing into the future, says Daren Coppock, President/CEO of the Agricultural Retailers Association (ARA), with the key to the precision ag puzzle being who can be first to make sense of overlapping spacial data for yield, fertility, soil characteristics, weed pressure, topography, weather, etc. stretching over multiple years — and extract from it meaningful conclusions for planning forward.

“Driving the precision growth will be a desire to make the most efficient use of inputs and to avoid the environmental consequences of having those inputs go somewhere else,” he adds.

Return-on-Investment (ROI). Retailers will need to get farmers away from focusing on bushels per acre to return on dollars invested. To have conversations like, “Yield at 250 bushels per acre would be really good, but maybe you would have made a lot more money at 220.”

Today, there are billions of dollars being invested in this area called ag tech with the majority of those being focused on remotely generated algorithms or prescriptions, describes Farrell. They may only give growers 95% of their potential ROI, but they’re easy to use. Retailers can beat that remotely applied algorithm 10 out of 10 times. “There’s no such thing as remote agronomy. It is all local,” he emphasizes.

“If you are an advisor and you’re not staying very specifically oriented to that farm customer, focused on getting that last 5% on the basis of return on investment, the farmer’s not going to be successful,” he adds.

New tools such as phone apps are available to help growers and advisors begin to calculate the cost of production for each segment analyzed in a field. Then they can discuss what could have been done differently — say, to have done a variable rate fertilizer or seed treatment — that could have gained an additional 3% return.

In the future, retailers will need to make trusted relationships into true partnerships.

With Growers. For instance, says Farrell, “If a farmer needs more grain storage and you’ve got too much, why wouldn’t you do a partnership with him. If he owns a sprayer, why wouldn’t you lease that sprayer from him, to use it on your acres, rather than spend the same amount of money the farmer spent — and he’s only going to use it 20% of the time.”

ARA’s Coppock just returned from a trip to Brazil where he met with that country’s equivalent of the association. He says there, too, dealers are talking about the changing nature of their relationships with growers — from traditional attitudes of “closing the deal” to being consultative and strategic partners. Brazil is seeing many of the same trends the U.S. is, he found.

With Manufacturers. Retailers will need more from manufacturers than marketing programs. They’ll need extensive training and support, especially for CEOs of huge dealerships and co-ops as well as their second- and third-tier managers, believes Farrell.

Asmus agrees it’s important to nurture retailer/manufacturer relationships so that both are truly partners.

“It’s no secret that I don’t like it when major manufacturers put their people on the ground calling directly to large growers,” she says. “A grower recommendation rarely resides within one company’s portfolio. What growers need to succeed is a sales agronomist as stated above, not a company representative that shows up with a limited toolbox and tries to fit a customer’s needs into that box.

“Manufacturers should provide retail agronomists with the proper tool and let us place the right ones on the right acres.”

A word of caution: Farrell affirms many manufacturers are working very hard to develop a relationship with the trusted advisor and the retailer. But at the same exact time they’re spending hundreds of millions if not billions of dollars developing their own backup channel directly to the farmer.

“I understand that, because if the retailer doesn’t fulfill the obligations that are currently his, then these manufacturers have got to be ready to compete with people like Farmers Business Network and other people who are going directly to the farmers. The trusted advisor role is the ag retailer’s position to lose,” he says.

Dealerships currently invest approximately 40% of their gross profit into personnel. That investment will need to increase fairly significantly if ag retailers are going to be able to hire and maintain the quality trusted advisor necessary in the next five to 10 years. “The trusted advisor of the future will need to be ‘extreme specialists’ who are able to work with and interpret multiple layers of data to be able to tell us things that we didn’t even imagine before,” explains Farrell. Unfortunately, such experts/specialists are in short supply and retailers will have to find them, then pay them to keep them. All with the goal of improving customers’ ROI.

“In my mind, being a CCA will be more important than ever,” adds Asmus. As new technologies are introduced, staff will have to be capable of making the right recommendations. It’s no longer a glyphosate market, and more retail salespeople will have to be retail agronomists, she says.

Retailers will be re-thinking big expenditures on assets. For instance, Farrell wonders if the days of spending $300,000 to $350,000 on an applicator will soon be over. “Technology is going to change so quickly, it’s hard to comprehend,” he says and compares the situation to the continuing rapid developments in cell phones.

He sees equipment from firms such as Blue River Technology as becoming commonplace. The applicators have the ability to and spray individual weeds while still going through the field at 6 mph. “That’s not going to happen tomorrow, but it is going to happen in the next five to seven years,” he predicts.

Retailers will have to consider dedicated spray equipment, says Asmus. “With the new technologies and more prescriptive application parameters on the labels, cross contamination and misapplication will become more of an issue,” she says.

As for facilities, a lot of updates and construction have already happened over just the last few years, says Asmus. She doesn’t expect this to continue in the short term because farm incomes are lower.

That said, companies involved in buyouts and consolidations are looking at facilities and deciding locations to close or keep. “I believe as locations close, owning companies will reinvest in the facilities they keep,” she says.

0 1 5 The Future Direction for Ag Retail

By The Fertilizer Institute|June 30, 2022
Advertisement