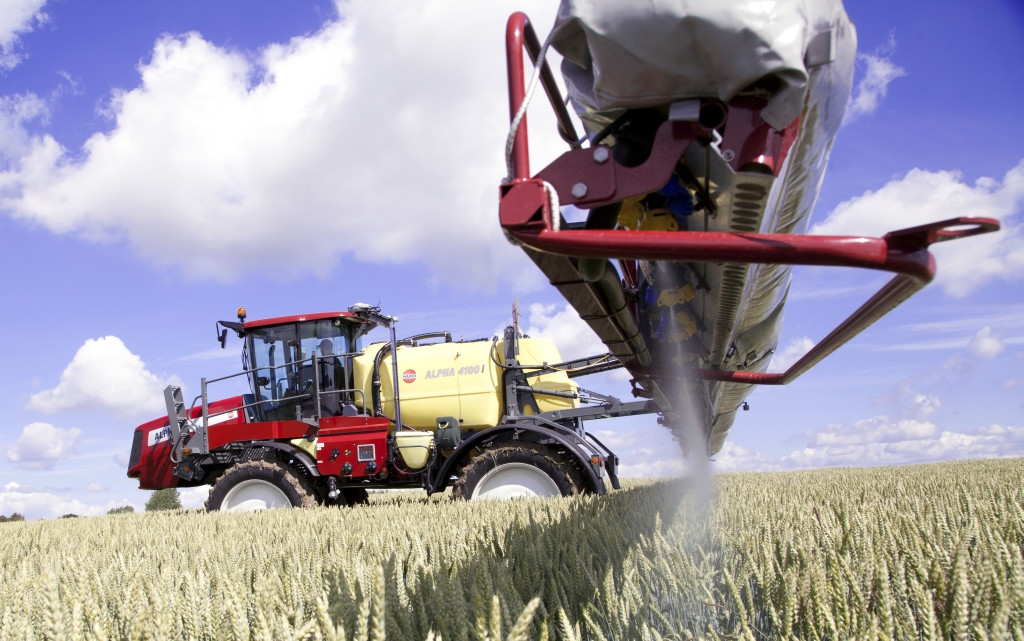 With increasing resistance problems and a wider range of products available, it’s become a much different ballgame to control drift issues than in the past, says Mark Hanna, Extension Agricultural Engineer at Iowa State University.

This upcoming growing season promises to be slightly different than any that have come before it. In 2017, USDA estimates say that almost as much soybean acres will be planted as corn — 89.5 million acres vs. 90 million acres. And chances are that at least some of these added soybeans acres will feature seeds/plants that have been engineered to be resistant to the herbicide dicamba — the latest in the agricultural industry’s ongoing effort to combat the more than 200 weeds in grower fields that have developed resistance to other popular herbicides such as PPO varieties and glyphosate.

As Dr. Mark Hanna, Extension Agricultural Engineer at Iowa State University, points out, this has the potential to fundamentally change how custom applicators can perform their jobs. “The herbicide landscape has changed again,” says Hanna. “With resistance issues out there and a wider range of product out there, it’s become a much different ballgame to control drift issues than what we’ve been doing in the past.”

Darrin Holder, Agronomist Manager for WinField United, agrees. “Drift issues will be much more prevalent in 2017 and beyond because of all the different cropping systems growers can be using in their fields,” says Holder.

In truth, dicamba isn’t a new herbicide. In fact, the product has been in use for better than 50 years as one option for growers to burndown weeds in their fields in the spring before planting occurs. Part of the reason for this caution, say experts, is older forms of dicamba were highly volatile and prone to the risk of physical or vapor drift. Of course, with mostly barren fields likely nearby during these applications, neighboring crop/plant damage historically wasn’t much of an issue.

Now, however, as dicamba-resistant crops enter the marketplace, dicamba applications will likely be taking place later in the growing season, increasing the potential for spray drift to take place. Still, as Dave Johnson, Weed Scientist for DuPont Crop Protection, points out, the newer formulations of dicamba such as XtendiMax with VaporGrip Technology from Monsanto, Engenia from BASF, and DuPont’s own FeXapan plus VaporGrip Technology tend to employ other ingredients in their make-up to decrease their volatility by up to 70%. “These new dicamba brands are made to reduce off-target movement by volatility,” says Johnson.

In the field, these new dicamba herbicides have been shown to effectively control several types of stubborn, herbicide-resistant weeds such as Palmer amaranth, waterhemp, and marestail, with some research showing 90% to 95% control of PPO/glyphosate types being observed. “Dicamba is a broad spectrum product that offers robust control,” says Dr. Ty Witten, North American Crop Protection Systems Lead for Monsanto. “In addition, it offers soil residue for up to 14 days after application.”

However, the risk of drift nonetheless exists with these products, as some experts such as Dr. Jason Norsworthy, Professor at the University of Arkansas, contend. “With dicamba, the risk of physical drift is greater than vapor drift,” says Norsworthy.

And in his state of Arkansas, such a drift episode involving dicamba turned deadly just last fall. In late October, 55-year old soybean/corn/cotton grower Mike Wallace of Monette, AR, was killed by Allan Curtis Jones, a neighboring grower, when he confronted him alleging that a dicamba application in one of Jones’ fields had drifted and damaged 40% of Wallace’s soybeans.
“That was one of the darkest days of my life, when I got the call that Mike Wallace had been killed over dicamba drift,” says Norsworthy. “Of course, there have been such incidents involving possible dicamba drift since then, so this is obviously an emotionally charged issue in the grower community.”

The Label is Law

Virtually everyone within the agricultural community agrees that to prevent spray drift issues from cropping up using these new dicamba products, custom applicators will have to pay extra attention to the label requirements for use. “The label is the law, I’ve often told people in this industry, but that’s never been more true than with these products,” says Chris Weed, a representative with KOVA of Ohio and Chairman of the Custom Application Task Force for the Ohio AgriBusiness Association. “If something isn’t listed on the label for use with the dicamba you are applying, and you decide to add it without checking, you’ve violated the label and will be held accountable for the consequences.”

With other herbicide applications, applicators have usually relied on various adjuvants or tank mix products to reduce drift risk. However, according to the label, these new dicamba products cannot be used in conjunction with AMS products, which are popular in areas of the country where “hard” (mineral-laden) water is present. Instead, companies such as WinField United have options such as AG16098 and Class Act Ridion. “AG16098 is an adjuvant that can be used with XtendiMax and Engenia that is designed to keep droplets from getting too small and potentially drift,” says the company’s Holder. “Class Act Ridion, meanwhile, can act as a water conditioner with these products.”

According to the University of Arkansas’ Norsworthy, other recommendations to reduce the potential for spray drift with these dicamba brands include leaving a 110-foot buffer of unsprayed plants between neighboring fields, not applying in wind speeds over 10 mph, and keeping boom heights at 24 inches or less.

The consequences for the industry to not following these instructions to curb spray drift could be severe, he warns. “If you look at the labels on these dicamba products, they are all only being approved for use until November 2018,” says Norsworthy. “I’ve been told by my friends at the EPA that this is because if there are too many drift problems with this technology, the agency wants the option to not renew it for use beyond next year. So my message to you is a simple one — if we don’t use this thing correctly, we will lose this weed control tool forever.”