In part because of current events involving a high-profile trade dispute, agriculture in the U.S. and China has been thrown into a spotlight. Furthermore, according to Dr. Wendong Zhang, Assistant Professor of Economics and Extension Economist for Iowa State University, this long-standing relationship between the two countries promises to get even more complicated in the years ahead – especially if the current tariff war between both remains in place for any length of time. 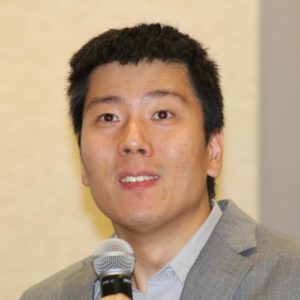 Speaking at the annual meeting of the Mid America CropLife Association (MACA) in Des Moines, IA, this past September, Zhang pointed out many of the key differences that currently exists when comparing agricultural realities in both the U.S. and China. In terms of crop mix, many Chinese growers plant the same key crops that U.S. growers do – corn, cotton, and soybeans, for instance. But according to Zhang, crop yields in China are have been significantly lower historically than those for their U.S. counterparts.

According to Zhang, there are many factors that are currently working against Chinese growers achieving higher yields like their U.S. counterparts. This includes traditionally dealing with more adverse climate conditions in China (particularly in the Western part of the country) and having less nutrient-rich soil to work with to grow their crops.

“In addition, Chinese farmers don’t have the ability to use genetically-modified crops in their fields because they are not approved for use by the government,” said Zhang. “This is another limiting factor in Chinese farmers being able to see higher crop yields on their land.”

Speaking of land, this represents another key difference when comparing U.S. and Chinese agriculture. Although both countries cover approximately the same amount of territory on a global map and the fact that the central part of China lines up on a globe with the U.S. farm heartland of Nebraska and Kansas, China contains approximately half of much arable farmland as the U.S. because of deserts and metropolitan landscapes.

And then, of course, there’s the matter of farmland size to consider. “On average, the amount of farmland a U.S. farmer in Iowa has is around 200 acres,” said Zhang. “In China, the average is less than two acres.” In part, he added, one of the reasons for this is that Chinese growers are not permitted to own the land they farm. “This is instead owned by the village in which they live,” said Zhang.

Because of all these circumstances, some Chinese growers have recently began shifting much of their agricultural away from row crops such as corn and cotton. “In the area of China where my family is from, farmers have moved away from these crops to growing specialty crops in greenhouses,” said Zhang. “And the reason for this is simple – they can get 10 times more income by growing these kinds of vegetables for the nearby cities.”

This is part of the reason China will likely find it tough to combat the trade tariffs on goods now being imposed upon the country by the U.S., said Zhang. “China consumes a lot of U.S. agriculture goods, valued between $12 billion to $14 billion per year,” he said. “We sell way more ag products to China than we buy from them. The U.S. sells 62% of its soybeans to China, one in every four rows grown, 75% of the sorghum, and 15% to 20% of dairy products each year. The U.S. buys some fish and fruit from China, which averages less than $5 billion per year.”

Despite these facts, Zhang said both countries will suffer if the tariff war continues for too long. “The Chinese population is gaining more wealth, which means these people want to get more protein into their diets,” he said. “Chinese eat a lot of pork, but the country needs approximately 85% of the soybeans it grows or imports each year as feed for these pigs. Right now, because of the trade war, the Chinese government is promising to pay more than market price to any farmers in the country that switch to growing soybeans. But this will still take time to meet all the current needs.”

Over in the U.S., growers are also losing out in this tariff dispute. Without a ready-made destination for their crops, U.S. growers have seen commodity prices for crops such as soybean dip throughout 2018, down from $9.48 per bushel at the start of the year to $7.83 at present. “For Iowa farmers, this translates into a loss of $551 million for soybeans not being exported to Chinese buyers,” said Zhang.

2 2 5 Agriculture in the U.S. and China: The Present and the Future