“The seed business was great in 2021. For the first time in a couple of years we didn’t have a whole bunch of prevent-plant acres,” Jim Hedges, WinField United Vice President of Seed Marketing, says. “The seed that we shipped actually got in ground with near-historic low returns.”

As growers and retailers prepare for the 2022 season, he points to challenging spots — tar spot wreaking havoc in northern Illinois into Wisconsin, resurging corn rootworm (CRW) in Iowa and Minnesota, and southern rust in the Southeast.

“We tried to keep (seed prices) as flat as possible, but there was some cost increase we absolutely had to cover. I think growers will be pleasantly surprised,” Hedges explains. “With that being said, and as a farmer myself, the challenges with nitrogen, phosphorus, and potassium are real and costs are definitely going to increase significantly. In-season management around nutrients will be more critical than ever.”

The segment will lose market share, however, because the other three categories — crop protection products, fertilizer, and custom application — have grown faster. Seed was at 15% market share for all crop inputs/services in 2020; it will drop to 14% for 2021, survey results showed.

Overall, 57% and 50% of retailers say their traditional and biotech seed sales, respectively, were flat in 2021; only seed treatment gained ground, with 56% of survey respondents saying this segment grew between 1% and more than 5% for the year.

Corn rootworm traits are expected to figure more prominently in 2022. Growers in the Midwest saw heavier CRW pressure this year, a likely result of large beetle populations in past seasons, good overwintering of CRW eggs and favorable spring conditions for larval survival, according to Syngenta. CRW has a highly adaptive life cycle, and populations can build year after year in fields when left uncontrolled, costing growers around $1 billion in lost yield and control measures each year.

In the Asmus Farm Supply geography of north-central Iowa and south-central Minnesota, the trait is often simply not enough, Schrader says. Near-record fertilizer costs, shortages of Roundup and Liberty herbicides, and the need to layer on insecticide treatments will push perpetual corn-on-corn growers to switch to soybean acres in greater numbers next year.

The fractured soybean market has been, of course, a hot-button issue in the industry — which platform to choose has never been more contentious.

“I think the future of dicamba is tenuous at best,” Schrader predicts. “A lot of tissue samples were sent to South Dakota and a lot of them came back positive for dicamba. With the push from Corteva through their Pioneer and Brevant seed brands, I wonder what the future is of Xtend beans. I think that with those brands and the history of dicamba, over the next couple of years there will be a tendency for more Enlist beans to get planted.”

Corteva has projected that its Enlist weed control system will, save for a minimum of acres, replace Bayer’s Xtend platform once the company completes its five-year ramp-up of Enlist, beginning in 2021.

In the region served by Asmus Farm Supply, Schrader estimates that last year’s bean acres broke down to roughly 40% to 45% XtendFlex, 40% to 45% Enlist, and 5% to 10% other, such as LibertyLink GT27. The region was dry over the summer, and he notes a small percentage (3% to 5%) of people who were concerned about herbicide carryover, partly driven by HPPD concerns. Those growers would be looking to plant LL GT27 in ’22. 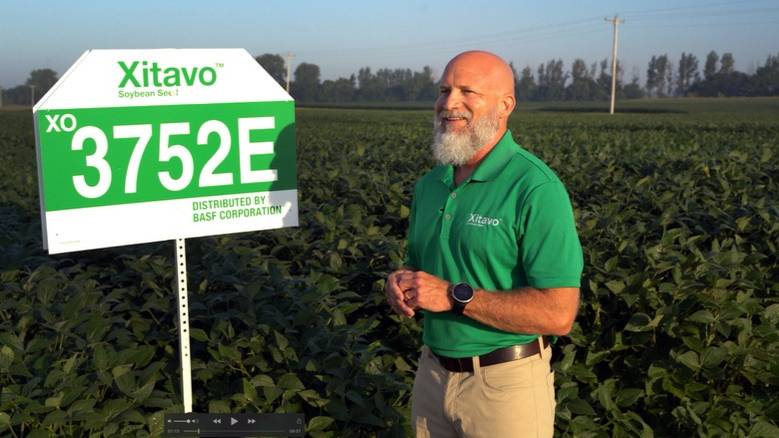 “I think weed control tends to drive most seed decisions from a trait selection standpoint,” Marc Hoobler, U.S. Soybean Agronomy Lead with BASF, tells CropLife. “But we’re really trying to focus growers on selecting the right variety for their field. No matter what platform they choose we can put together the weed control program they need. It really comes back to variety selection if they want to maximize their productivity, because that’s the single most important decision they make.”

Hoobler points out that BASF is one of just six companies providing germplasm for over 160 soybean brands sold in the U.S. The company launched MS Technologies’ Xitavo beans in 2021 and will add 14 new Enlist E3 soybean varieties in ’22.

Many with whom we spoke in the industry, including Brent Neuberger, Senior Technical Service Manager for FMC, have observed the seed decision-making process being pushed earlier and earlier in the season, citing fears over shortages of key herbicides.

“I think planning is going to be paramount,” Neuberger says. “People are saying, ‘I’m going to make my decisions and put it in my shed so I’m ready,’ versus what happened this past year, where they might have pre-paid in December or January, but by the time they were ready to spray it wasn’t available and they were having to scramble.”

Hedges, with WinField says that growers should discuss with their retailer their confidence in crop protection supplies before finalizing choices. He remarks how when he started in the seed business, no seed decisions were ever made before the end of harvest. Now, the majority of growers have made their choices before harvest, then fine-tune after they have seen results.

“I don’t think it’s good to stop the trend of early ordering, especially with the challenges of disease and insect pressure,” he says. “I think people are going to want to lock in the genetics and trait platforms that have really performed well. The seed decision, I think, is almost going to have to go hand in hand with a fungicide decision because of the amount of disease we’ve seen and the impact it’s had.”.

2022 CropLife IRON Product of the Year: Cast Your Vote Today!