If you have two reasonable-sounding herbicide programs and are wondering if one might outlast the other, a new software from Syngenta should be able to give you a better idea.

It was developed by the company’s full-time herbicide resistance modeler, Dr. Chun Liu, assisted by Dr. Joe Wuerffel, Syngenta Research and Development Scientist, who provided biology data and helped ensure that the biological parameters of the modeling made sense.

Originally the herbicide resistance modeling program was developed to be fairly broad spectrum, but eventually researchers narrowed its focus to Amaranthus species and specifically waterhemp, as globally it’s one of the biggest herbicide resistance issues, Wuerffel explains in an interview with CropLife. 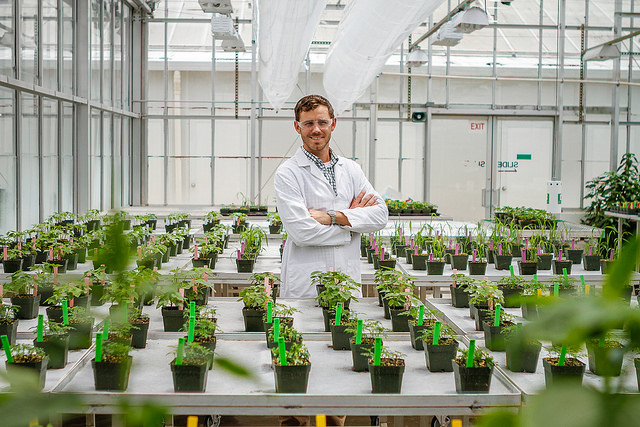 Wuerffel says that researchers started with scenarios built around Roundup Ready Xtend beans. Since more over-the-top spraying of dicamba-tolerant beans was widely expected, “we wanted to make sure that we had some data to reiterate the fact that we still need to use good residual herbicides with multiple effective sites of action to help control weeds.”

The software, which was recently rolled out to Syngenta’s technical service reps in the field, accounts for cultural factors such as crop rotation, and various herbicide options such as timing and rates can also be programmed in.

If you’re wondering how long it will take to develop dicamba resistance in a field if a grower came in and sprayed nothing but dicamba for a few years, the program has a relatively reliable answer.

Another scenario the researchers tested incorporated pre-emergence herbicides with several effective sites of action on waterhemp. The result was that dicamba became sustainable for a few more years over a couple of shots of dicamba applied at post-emergence, he says.

“Even just with a single residual herbicide with multiple effective sites of action, you’re still spraying dicamba over the top a couple of times to control those weeds that escaped a pre-emergence herbicide. Then we wanted to know, what happens if we put a residual herbicide in with the dicamba? We essentially took away that second shot of dicamba. What we found is that it extended again a few more years.”

The best-case scenario, he says, is going in with multiple, effective sites of action at pre-emergence, and before any weeds can come up, an applicator overlays another two herbicide sites of action. In the case of the modeling software, it used Prefix, which is a Group 14 and a Group 15.

“We found that that program was sustainable for an extremely long period of time. In that scenario, we had very few weeds that made it to the end of the season and very limited seed production,” Wuerffel says.

Because every field and scenario is going to be different, what the program can’t do is give a grower an absolute prediction.

“What we can do is at least compare some herbicide programs, and say, ‘We think this one is going to be more sustainable than this other program,’” he says. 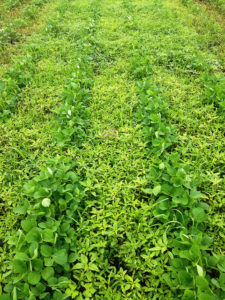 Wuerffel explains that what sets this software apart from other modeling programs is that it accounts for every individual weed in the field by simulating a single field. If a user inputs that there are 100,000 waterhemp plants in a field, the model tracks every one of those. An array of biological parameters account for factors such as mortality rates due to insect predation of seeds and timing of germination and emergence.

Rather than rely on a back-of-a-napkin calculation, it tracks every weed, “which gives us a lot of power, and really is a very close simulation of what we might see in a real biological system like an 80-acre field,” he says.

One of the challenges in trying to make decision about a weed management program, of course, comes down to economics.

“The benefit of this model is it gives us the long view,” Wuerffel adds. “It’s really hard to use long-term research studies that take 10 to 20 years where you look at what happens with herbicide resistance in a given field. What this herbicide resistance modeling allows us to do is use the best biological parameters we can, validate the model with what we know, and then run some different herbicide programs to try and get some relative estimate of how sustainable a program may be.”

Syngenta is also using the model in R&D to make decisions on projects the company is working on in the face of multiple-resistant waterhemp and Palmer amaranth, in particular.

“The goal for us is to provide a tool that helps us look at relative comparisons of different weed management programs. Ultimately, the goal is to promote best management practices, and give us the long-term view,” Wuerffel says.

0 1 5 How Far Away Is Dicamba Resistance? A New Software May Have the Answer