If you think about tank-mixing adjuvants with herbicides, the introduction of the new dicamba technologies back in 2017 flipped the script.

In that debut year of XtendiMax, Engenia, and FeXapan, the label changes were a big deal.

“It’s a mindset change for all of our growers,” says Dr. Jason Weirich, Director of Agronomy with Columbia, MO-based ag cooperative MFA Inc. “We went from having ammonium sulfate (AMS) in the tank for water conditioning with Roundup, to where, with the introduction of the new (dicamba) technology, even small amounts of AMS in the tank could cause detrimental effects to the dicamba.”

In some of the trials MFA has conducted, “even one-tenth of the maximum labeled rate of AMS in the tank can revert dicamba worse than what it would be before they improved it. Getting the mindset changed with our producers who have their own applicators has been tough,” Weirich explains.

The required addition of a drift-reduction agent (DRA) was yet another element growers suddenly needed to carefully consider.

Once tank contamination was discovered to be at the root of a high number of dicamba injury complaints — no one knows the number definitively — the tank clean-out learning process commenced.

That learning process continues today and is more important than ever if you consider how many dicamba-resistant acres will be planted in 2019: around 60 million, up 20% from 2018; and if you consider that it takes just 3 milliliters of dicamba to contaminate a 1,000-gallon spray tank.

Further, applicators must check registrants’ dedicated websites to ensure that their chosen spray-tank partners are compatible. An adjuvant approved for use with XtendiMax does not mean it is also approved with Engenia. Assume nothing. 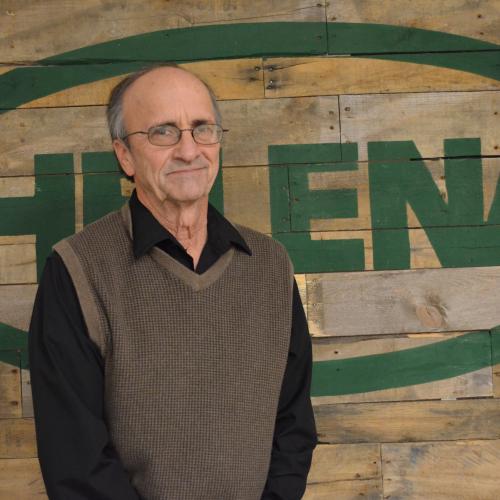 There is all of this to sort out, plus the need for individualized solutions prescribed to fit a grower’s situation.

“We’re adding one more layer of complexity to an already complex system. As we tell our people, this points to how important the retailer is going to be. The grower is going to be dependent on that representative on the ground to cut through that complexity,” says Johnnie Roberts, Director of Formulation Development and Technical Services with Helena Agri-Enterprises.

He adds: “I know growers want everything to be simple, but it’s not that simple; in fact it’s getting more complex. That’s OK from the standpoint of our people in the field. We encourage them, ‘As long as they need you for help and information, you’re needed. You won’t be replaced by a click of a mouse. We need you there to sort through this complexity.’”

Adding a DRA in the tank with the new dicamba technologies can have a significant downside that was not well understood when the products were first launched in 2017.

“One of the interesting things that we knew a bit about two years ago that’s become a lot more apparent is that lot of adjuvants and other tank-mix partners require the use of specific drift-reduction agents in addition to other adjuvants,” says Dr. Greg Kruger, who oversees wind tunnel testing for the dicamba technologies and prospective tank-mix partners at the University of Nebraska-Lincoln. There are complex interactions between different products that go in the tank and the nozzles that they are sprayed through. Not all DRAs are approved for the new dicamba products because some of them are not compatible with the nozzles listed for use. 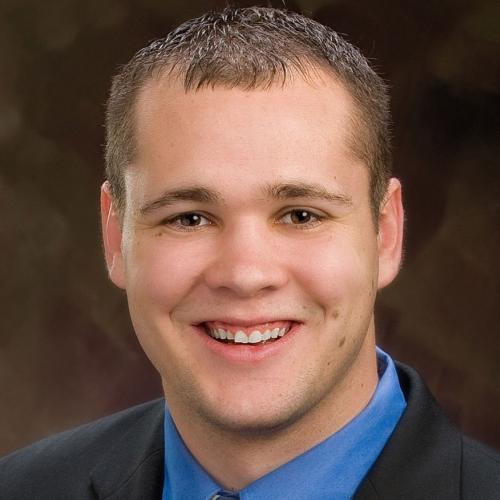 Kruger explains: “If we stack a DRA on top of ultra-coarse sprays and a (Turbo TeeJet Induction) TTI nozzle, we’re pushing that droplet size really high. My biggest concern going forward is that it is going to impact the spray pattern. We’re not going to get nice, uniform distribution of that liquid across the boom. So that leads to incomplete weed control and failures, in some cases. When we get that, we get into the situation where we start selecting for resistant weeds. That is the biggest concern that we have.”

To illustrate, the TTI nozzle produces an ultra-coarse spray with a 650-micron average droplet size on up. When coupled with a DRA, that droplet size is pushed even larger. “Now instead of a 650-micron droplet size, we might be at 750 or 800. As we do that, we start reducing the coverage,” Kruger says.

To put it into perspective, an average raindrop is approximately 1,000 microns, and the average diameter of a human hair is 100 microns.

The larger droplet size leads to what those in the spray application world call “pattern claps,” he explains, adding:

“Most of our nozzles are set up to have 110-degree fans. If we don’t get enough pressure on some of these highly viscous solutions, that fan might drop to something less than 110 degrees. If that happens, then we start to get uneven distribution of that spray across the boom. If the pattern drops to 65 degrees, for example, we get a gap between the two fans where we’re not getting good coverage any longer. So we are delivering a partial or sublethal dose.”

Kruger stresses that increased pressure through the pump is needed to help keep this from happening. “Just simply increasing the volume does not necessarily increase pressure because often when we increase volume we increase the flowrate of the nozzles,” he adds.

Historically, the industry has been trained to target a certain particle size for spray droplets. 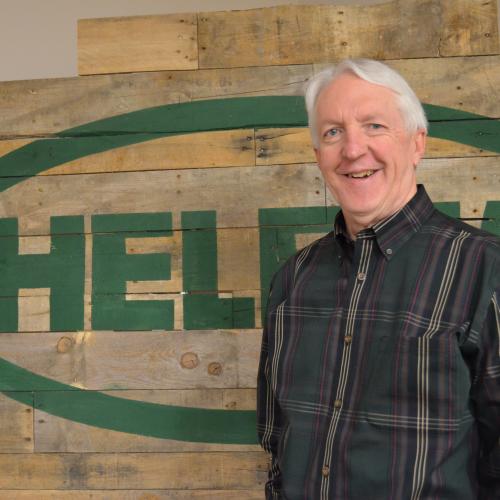 “You get to the point where you are just trying to make larger droplets to pass a test,” Terry Nash, Manager of Adjuvant Brands with Helena Agri-Enterprises observes. “We can make bowling balls.”

Roberts and Nash say that now that the droplet size requirement has been met, it’s time to step back and make sure the end goal — controlling weeds — is being achieved.

“We know (the large spray droplet) is an issue, but we don’t know how big an issue it is. Based on what we know about it now, this droplet size is not the optimum size for weed control (with the dicamba technologies). You can debate about whether it’s significant enough to hurt it; I think the jury is still out on that. To me, it’s a sign that we’ve got to get back to controlling weeds. … Let’s drop back and make sure we’ve got efficacy maximized.” Half-jokingly, he adds, “More research.”

Stressing the need to stay focused on weed control, Nash points to the program approach. Start with a pre and work your way through with a dicamba application over the top.

“It’s a program. It’s not one single product that is one solution,” Nash says.

Exactly how many fine droplets of dicamba come out of a TTI nozzle at one time? The answer is 4,054. Add a DRA into the tank, and it cuts that number to 2,332 droplets.

“Just 1/20,000th of the rate of dicamba is a couple of those droplets on the plant that puckers it. Any time you can reduce the number of those droplets in the air, the better chance you have of reducing off-target problems you might have in future,” says Ryan Wolf, Western Agronomy Services Manager with WinField United.

Last year fewer drift issues were seen than in 2017 due to the stricter label, he says. “There are areas of Minnesota, the Dakotas, and Iowa, that with the wet weather and the wind requirements, some dealers didn’t spray any dicamba. If we have weather opportunities this year to spray dicamba, we’re telling folks to start thinking about using the InterLock drift-control product,” Wolf says.

Engineered specifically for the new dicamba and 2,4-D systems, Nutrien Ag Solutions’ lead offering is Strike Force, which contains its patented Leci-Tech technology, noted for its ability to create “performance-sized” droplets: “They’re not too small to drift or too large that they bounce off the leaf’s surface,” says Joe Vaillancourt, Adjuvants Product Manager. 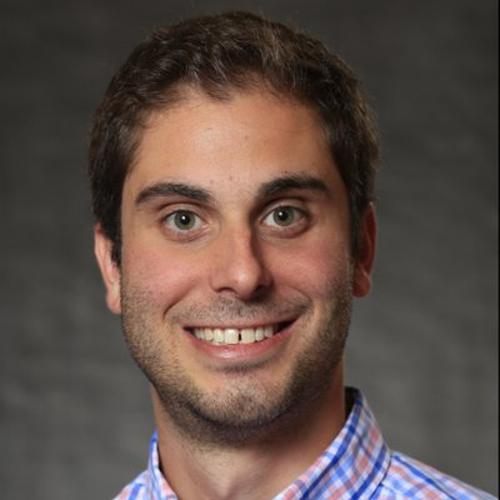 “Two years ago (dicamba) was such a shiny new tool, and it really took off in acreage. As growers and applicators are getting more familiar with handling dicamba, the focus on reducing drift is still there, but now growers are starting to ask, ‘How can I maximize my spray performance with some of these other attributes, like water conditioning, retention on the leaf, and actually getting in the plant and penetrating to get that kill?’ Strike Force delivers that,” Vaillancourt says. A DRA such as Reign should also be added to a dicamba+Strike Force tank.

“Suppliers and growers have increased their use of adjuvants to reduce off-target movement of dicamba,” Brennan says, adding, “It is common to see an applicator use an adjuvant like our new product, Tackle-DRA, that contains a DRA and water conditioner with a multi-functional adjuvant like Hook to provide increased drift control, reduced volatility, and optimum herbicide performance.”