While fertilizers have long been used to provide nitrogen (N) for optimum plant growth, its use to provide sulfur (S) as a nutrient source has increased in recent years. Data have shown that sulfur deficiency in agricultural soils has become a factor in limiting crop yield in many countries because of the extensive and popular use of high-analysis fertilizers that contain little or no sulfur. In addition, stricter EPA emissions regulations in recent years have minimized atmospheric sulfur depositions. In fact, most soils across the U.S. are currently receiving less than 5 lbs. S per acre from the atmosphere. Because of these changing environmental and cropping factors, as well as higher yield potential seed genetics, S nutrition has become more important now than ever before.

Although for over a century ammonium sulfate (AMS) has been a trusted and reliable fertilizer to provide pound for pound the most readily available N and S nutrients to the crop, a new organic-containing fertilizer (SymTRX™ 20S) has been claimed to be more effective than traditional AMS in providing N and S nutrients to the crop. The theory behind that claim is that the SymTRX fertilizer mixes AMS with 16% organic matter from biosolids, forming what the producer calls an Organic MaTRX™ which retains NH4-N and SO4-S in water-insoluble form, providing potential benefits by slowing down the release rate of N and S nutrients into the soil.

Below is an overview of the results obtained from just a few of the studies conducted between traditional AMS and SymTRX fertilizer under my supervision. 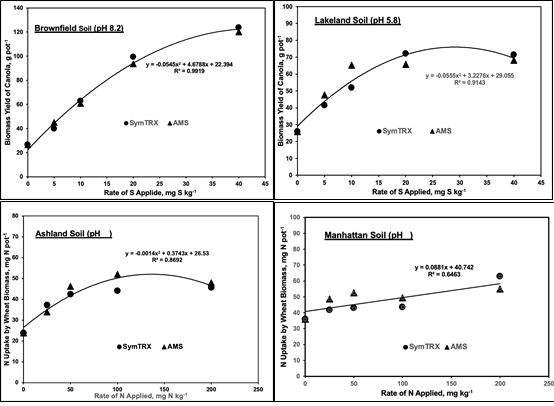 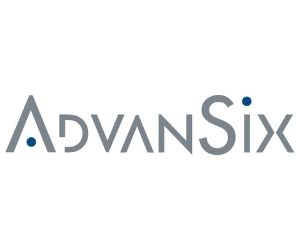 Learn more about the benefits of AMS and how it compares to organic-containing fertilizer at asbenefits.advansix.com.

Nutrient Stewardship Is Vital for Success in 2021