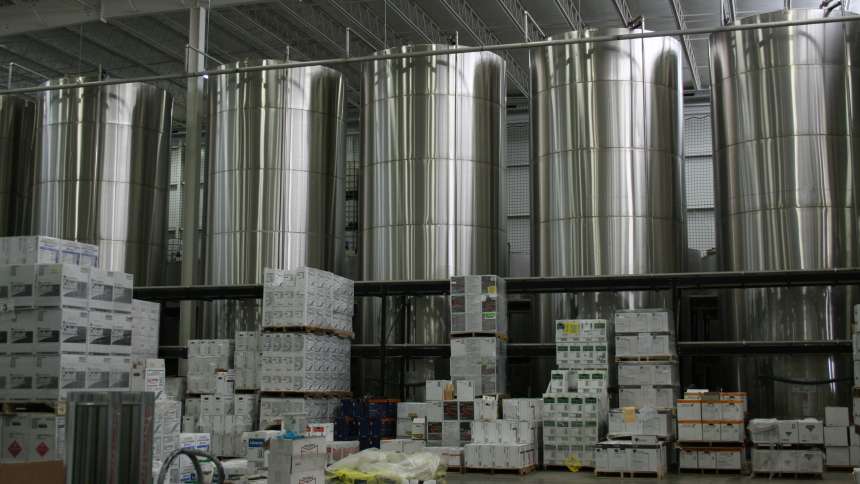 One would naturally assume that retail sales of crop protection products in a contracted market would themselves be contracted, but that didn’t turn out to be quite the case this past year, according to our annual CropLife 100 survey results.

Indeed, with 63% of the retailers reporting crop protection product revenues at their outlets as up from last year, those that invested wisely and aggressively attacked areas where crop protection products still made sense (despite grower revenues being down) – such as fighting yield robbing herbicide-resistant weeds or recommending preventative fungicide applications after the cool, damp spring in many parts of the Corn Belt – likely offset bigger revenue losses in other segments (like fertilizer, which nearly half [48%] of the same retailers described as down) and still had a solid year in 2015.

“I would say that the CropLife 100 – we have to caution – is based off total dollar sales, so that ‘up’ that is being reported could be a part of price increases that are included in the dollar sales,” says Amy Asmus, co-owner, Asmus Farm Supply, during a break at the ARA Conference & Expo. “But we did see an increase in some of the practices, even with the downturn of the economy. For instance, we had good luck with fungicides this year – the environment was favorable for pathogen infection, and that’s when growers should be applying a treatment – and they actually saw yield increases (protection) from fungicide use. Once growers see that success, they don’t question the costs as much.”

At Asmus Farm Supply, located in Rake, IA, a 225-resident enclave just over two hours south of the Twin Cities Metropolitan area, a significant chunk of the winter offseason will be spent readying the independent retailer’s staff of sales agronomists to deal with growers looking evermore closely at their invoices this spring.

“We coach our agronomy staff to continue to challenge our grower base to invest for success,” says Harlan Asmus, co-owner. “Now, they will probably get some pretty substantial push-back from at least a portion of our customer base that thinks they need to save money to prosper in 2016. When they get that pushback part of our coaching for the staff will be to continue to recommend what we think is the best management practice, to offer the grower the best chance at success. And if they still say no to that, at least we’ve had the conversation.”

According to Harlan, when we as an industry embrace the moniker “the trusted advisor,” a certain amount of accountability comes along with that title, more so than in most large industries that merely sell a product and aren’t particularly invested in each of its customer’s success.

“Amy alluded to the fact that fungicides performed well in 2015 – very true. Had we not had that discussion with growers a year ago, then maybe they come back to us and say ‘How come you didn’t give me that opportunity to get those extra bushels?’ As the trusted advisor – a term we’ve heard quite a bit this week (at ARA) – that’s not the position that we want to be put in.” 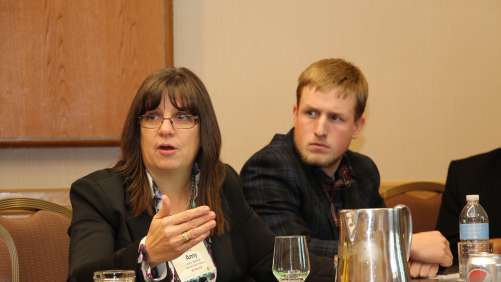 A more comfortable position, then, would be fleshing out with growers how return-on-investment via investment in technologies can offset revenue loses, according to Holden Asmus, sales agronomist/seed treatment department manager.

“The big thing to push is return on investment,” says Holden. “If you’re going to get a significant bushel bump, it’s (the products) going to pay for itself. When growers sit down with their bankers trying to figure out what they’re allowed to have on their loans for that year or what things they might be wanting to cut, we really don’t want them to cut anything.”

So, if growers can’t cut from their operating budgets, revenue gains are going to be needed in other areas, right Holden?

“Not necessarily. Let’s look at the cost of inputs as a bushel amount. If you have an $8.50 soybean and a seed treatment might cost $20 per unit (140,000 seeds per unit), but you get a four bushel bump over the untreated, that treatment is going to pay for itself,” he explains.

Another consideration to raise with skeptical growers is whether or not they want that one year problem to morph into a full blown trend.

“You can’t just think temporary cutbacks in a down year for the grower, that it’s okay to make these cuts and you’ll just make it up later. You do a lot of damage as far as feeding the seed bank, building up pathogens in the soil or having the adult insects lay their eggs, You’re going to have more pressure the next year,” says Amy. “So, there are economic reasons to cut back but there are, let’s call them ‘intangible reasons,’ not to cut back and not to get behind because then you’re playing catchup for several years.”

“I think there is a disconnect at the grower level for how much power we retailers actually have,” adds Harlan. “We do have some customers that seem to think that because corn is in the three dollar range, that we have the power and the capability to lower their crop protection input costs, when in actuality we don’t – that’s a manufacturer pricing decision.”

It then becomes, according to Harlan, a matter of making sure the growers know you are in their corner and working in their best interests.

“We are preparing ourselves to go to market with prices that are similar to, or in some cases higher, than last year with many of the products we sell. It is what it is, we’re just the message bearer; we can’t change it, so let’s work through what needs to be done.”

Is Glyphosate Going On-Farm Only?