In the annals of weed scientists, 2017 will mark a milestone of sorts. This will be the 60th anniversary of the discovery of the first known herbicide-resistant weeds in 1957 — a spreading dayflower found in a Hawaiian sugarcane field and a wild carrot variety found in Ontario, Canada, that both showed resistance to up to five times the normal usage dosage of synthetic auxin herbicides.

In the past six decades since these discoveries, weed scientists have documented more than 250 weed species with some form of herbicide resistance. These span 23 of the known 26 herbicide modes of action and impact 86 different crops across 66 different countries. As a result, the cost of weed control across the nation’s crop fields has tripled in recent years as growers are being forced to employ more herbicides per season, increase application frequency, and spend more on fuel costs to achieve some measure of control.

And although virtually all modes of action herbicides are being impacted by this trend, Dr. David Shaw, a Weed Scientist for Mississippi State University, says glyphosate-resistant weeds are still getting the lion’s share of attention from all parties, since approximately 90% of soybean, corn, cotton, and sugarbeet acres in the U.S. receive glyphosate treatments. Daniel Waldstein, Technical Marketing Manager for BASF, agrees. “Growers are really desperate for new solutions right now,” says Waldstein. “Glyphosate as a program all by itself is a thing of the past. And it’s never a good time to have a weed in your field because research shows you end up with a 5% yield loss for every 14 days it’s there.”

According to a recent survey conducted by the Weed Sciences Society of America, Palmer amaranth — also known as pigweed — ranked as the No. 1 most troublesome weed to control in the U.S. Other top finishers in the ranking included morningglory, common lambsquarter, waterhemp, and marestail. 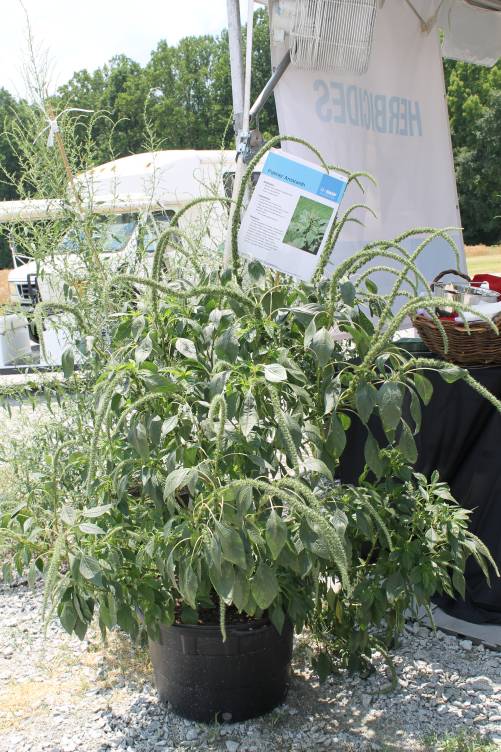 Palmer amaranth was voted the most troublesome weed.

According to various ag retailers, the weed control issue is continuing to grow in severity. “I can’t tell you how, wherever I drive across Illinois, Ohio, and into Iowa, there are more weed escapes than I can remember in the past,” says Jeff Bunting, Crop Protection Division Manager for GROWMARK. “So right now, I think that when a farmer’s going to make an investment, they want to make sure they can use the technology, too. Clearly what we’re doing today is not working in so many fields.”

In addition, resistant weeds are continuing to spread into new areas. “Resistant weeds have been continuing their march north,” says Brad Ruden, Director of Technical Service for South Dakota Wheat Growers (SDWG). “We have confirmed resistance, and some fairly high levels of resistance in our kochia pops, waterhemp, and marestail in the Dakotas. If kochia got any size this year, it got extremely difficult to control, certainly with glyphosate alone but also with some of our combination chemistries, too.”

Still, according to Jeff Carpenter, Corn and Soybean Herbicide Portfolio Manager for DuPont Crop Protection, one of the options for growers to control herbicide-resistant weeds is to use multiple modes of action products in their fields. “Growers understand the implications increasing populations of resistant weeds can have on their operations and are becoming more proactive by applying a full range of tools to fight resistance,” says Carpenter. “To make it easier to achieve more complex tank mixes with less mixing and measuring, we have collaborated with growers to develop a number of herbicides with two, three, or more modes of action, each designed to address specific regional weed concerns.”

In other instances, researchers have found altering farming practices can help in herbicide-resistant weed control such as Palmer amaranth. According to one three-year study conducted by the University of Tennessee, the use of cover crops can create an unfavorable environment for weeds by reducing the light and moisture available to germinate seeds, combined with the use of preemergence herbicides such as fluometuron or acetochlor. “While there is no single solution for season-long control of glyphosate-resistant Palmer amaranth, cover crops used early in the growing season in conjunction with preemergence herbicides can help growers diversify their weed management practices to improve sustainability,” says Dr. Larry Steckel, Associate Professor at the University of Tennessee. 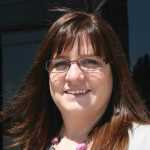 Besides trying new cropping approaches, some ag retailers recommend growers follow common sense practices to combat herbicide-resistant weeds. According to Amy Asmus, Co-Owner of Asmus Farm Supply, grower-customers in Northern Iowa are seeing an increase in the amount of herbicide-resistant Palmer amaranth in their fields. “We recommend our customers avoid driving a vehicle through fields and clean all vehicles after driving into a seeding,” says Asmus. “We also recommend growers remember to clean their boots, shoes, and pants with a stiff brush or scraper before leaving the site.”

New Products In The Mix

There are also several new herbicide products and new cropping systems coming into the market to help combat herbicide-resistant weeds. This includes Scorch from NuFarm, which is designed to control herbicide-resistant kochia, Talinor from Syngenta, which combines bicyclopyrone and bromoxynil to offer control of kochia and Russian thistle, and Elevore from Dow AgroSciences, which contains Arylex active and claims to control marestail, chickweed, and henbit.

In particular in 2016, say observers, volunteer corn in many of the nation’s soybean fields has been a hard-to-control issue for growers. But in April, Wilbur-Ellis Co. introduced Vaquero herbicide. This featured a new clethodim formulation specifically to address this problem.

“Vaquero is the only enhanced 2-pound clethodim product on the market,” says Dick Barrett, National Director of Branded Products for Wilbur-Ellis. “The trails we’ve completed for this product prove it works faster on volunteer corn at lower use rates compared with other formulations.”

Other growers are looking for entire new cropping systems to help in the battle against herbicide-resistant weeds. In fact, according to Jeff Nagel, Agronomist for Ceres LLP, many growers in the company’s territory having difficulty controlling waterhemp and marestail are looking to make a change away from relying solely on Roundup Ready crop/glyphosate platforms. “There is a segment of our farmers that have managed their herbicide programs pretty well using a Roundup Ready platform, but others have really struggled with their weed control this year,” says Nagel. “So there’s definitely a high interest in the dicamba-based Xtend system from Monsanto as well as LibertyLink for 2017.”

Also pending approval, Dow Agro­Sciences will have its Enlist cropping system available for the 2017 growing season. According to Dr. Jonathan Siebert, Enlist Field Sales Leader for Dow, Enlist soybeans and cotton not only offer tolerance to Enlist Duo herbicide — and combination of the company’s new 2,4-D choline and glyphosate — but to glufosinate as well. This will offer growers the option of using three different modes of action to achieve control of such tough-to-kill weeds as Palmer amaranth, marestail, and giant ragweed. “No other soybean and cotton technology offers tolerance to these three important herbicides for postemergence weed control,” says Siebert. “Glufosinate is an effective mode of action on tough weeds, and with Enlist soybeans and Enlist cotton, it could be a key component of growers’ postemergence weed control programs.” 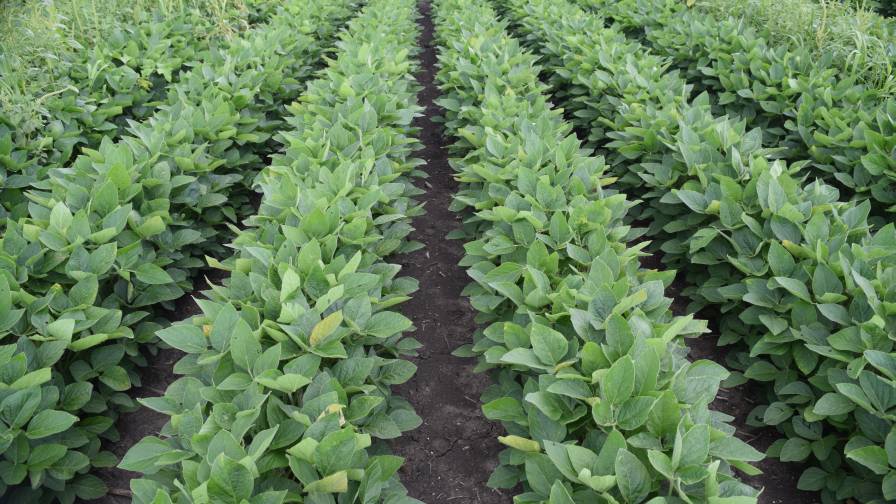 Many growers are anxious to try Engenia soybeans in their fields.

SDWG’s Ruden also foresees benefits to some of the new cropping systems in his part of the country. “One of the primary issues we have in the Northern Plains is that our soils are cold and wet in the spring, and sometimes our preplant window gets to be very small,” he says. “But if we use one of the new products such as Xtend Max or Engenia from BASF, this will allow us to be able to use those products preemergence, right up to planting, which will allow us to be able to start with clean fields and then use our preemergence herbicides that will be required in these systems to be able to do the most effective job that they can do.”

Looking at the herbicide-resistant weeds problem for 2017 and beyond, Ben Kaehler, U.S. Sales Leader for Dow AgroSciences, says growers have grown used to crop protection product companies coming to the rescue. “We as an industry always had something new there to help save the day,” says Kaehler. “But that’s not true anymore.”

Dr. Stanley Culpepper, a Weed Scientist at the University of Georgia, agrees, pointing out the last new type of herbicides, the HPPD-inhibitors, were discovered in the late 1980s. “It would be naïve to think we are going to spray our way out of the resistance problem,” says Culpepper. “It is paramount that we surround these herbicides with diverse weed control methods in order to preserve their usefulness — not sit back and wait for something better to come along.”