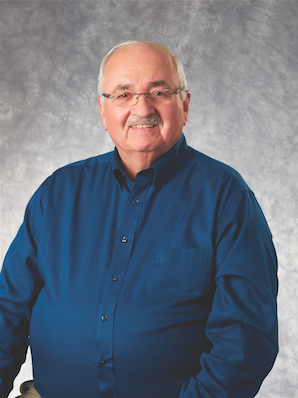 Fifty years after opening his small welding shop, Jon Kinzenbaw, Kinze Manufacturing, Inc.’s founder, president and CEO, has been inducted into the Association of Equipment Manufacturers (AEM) Hall of Fame. Kinzenbaw’s induction is a result of the impact that he and Kinze have had on the industry. The AEM Hall of Fame honors individuals in the off-road equipment industry, pioneers who have advanced the industry through their inventions, management and leadership.

Kinze’s early innovations were largely influenced by Kinzenbaw and his innovative spirit. Since its founding in 1965, Kinze’s innovations have blazed the trail in ag equipment manufacturing. From their first 435-bushel two-wheel grain auger cart, to the very first rear-fold planter, to the first commercially available electric drive multi-hybrid planter, Kinze innovations continue to break the mold. Kinzenbaw’s legacy has been established through his business model, devoted to developing new ways to make life easier for farmers. Through this legacy, what started 50 years ago as a small welding shop has become one of the most recognized ag equipment manufacturers in the country.

“Fifty years ago I started this company based on five core principles,” said Jon Kinzenbaw, founder, president and CEO of Kinze Manufacturing. “Through innovation, integrity, excellence, customer focus and mutual respect, Kinze has achieved great things. I am proud of this great company, and am extremely honored to be included among an inspiring group of my peers.”

With only $25 in his pocket and a small bank loan, Kinzenbaw opened his own welding shop in Ladora, Iowa in 1965. Everyone who knew him could see that he had a gift for fixing things, but no one could have predicted his welding business would one day grow into one of the largest privately held agricultural equipment manufacturers in North America.

The first product Kinzenbaw manufactured and sold was a 13-knife, 30-foot anhydrous ammonia application toolbar. His first patent was for a high-clearance, variable-width moldboard plow. In 1971, Kinze introduced their first 435-bushel two-wheel grain auger cart. This design set a new higher standard for speed and performance in grain handling. In 1975, it was the urging of local farmers, who wondered why a planter couldn’t be “folded up” that inspired Kinzenbaw to develop the first rear-fold planter. “There is nothing more powerful than a satisfied customer. That first rear-fold planter we built sold 20 more. Those next 20 sold an additional 80. And that’s the way it happens,” said Kinzenbaw.

As business grew, Kinzenbaw bought 10 acres of land just off Interstate 80. In 1976, Kinze moved to their current location in Williamsburg, IA, to begin their next chapter in innovation. For a full timeline of Kinze innovations and products, visit kinze.com.

According to Kinze, their growth has come from listening to customers. Farmers want their equipment to be at the forefront of innovation, taking advantage of new technologies that will maximize their productivity. Today, Kinze Manufacturing has continued to be a leader with a number of industry “firsts,” including manufacturing the world’s first commercially available electric drive, multi-hybrid planter.

“I am proud of Kinze’s reputation for being a company known for its innovative spirit,” said Kinzenbaw. “I am thrilled at all we have accomplished so far and very excited for all the great Kinze innovations yet to come.”

Grassi is Field Editor for CropLife, CropLife IRON, and PrecisionAg magazines. He joined the staff in February 2012. See all author stories here.