As most in-person events did during 2020, the annual Mid America CropLife Association (MACA) held its annual meeting during September as a virtual event. Although speakers weren’t able to impart their messages to an in-person audience, per usual, this didn’t lessen in any way the impact of what they said to attendees. 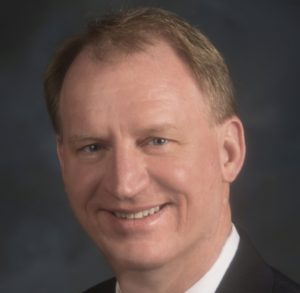 Chris Novak, President/CEO at CropLife America, conveyed a simple plea to virtual attendees at the 2020 MACA meeting: Agriculture has work yet to do!

“This is a critical time for our industry,” said Novak. “There are lots of challenges ahead.”

Among these challenges, Novak cited several that are likely to play a role in the agriculture’s fortunes over the next five years. This included addressing questions about supply chain stability, ethanol policy, trade instability, the overall health of the livestock industry, and, of course, the lingering effects of the coronavirus pandemic.

In the present day, said Novak, all of these factors have put some extreme financial stress upon the nation’s growers. “Farm debt is back to levels we last saw in the 1980s,” he said. “The good news is that interest rates today are obviously lower, so the ability to repay this debt is greater. But we are still seeing a continued uptick in farm bankruptcies.”

In all, this adds up to some challenging times for the industry. “The bottom line on the bottom line?” he said. “There are a lot of storm clouds ahead for agriculture.”

Pesticides in the Cross-hairs

For the pesticides segment of the business, Novak said the industry is facing what he calls a “coordinated attack” from various different sectors. This includes anti-industry activist groups, consumers, global influences, local/state/federal legislation, and numerous lawsuits. “Although these may all seem unrelated, I assure you that they are all part of the same coordinated strategy,” he said. “There are so many places these issues are arising, it’s like playing whack-a-mole at the carnival. You never quite know where the next attack is going to come from.”

In recent years, the two most critical of these attacking groups have been consumers and lawsuits, he added. According to Novak, consumer attitudes on pesticide use in agriculture — that it is “dangerous and unhealthy” — has quickly spilled over into the decision-making processes at both the food company and governmental levels, shaping many of the restrictions on usage now being implemented across the country.

And in many cases, these attitudes don’t line up with what the pesticides industry knows about its products and their use. “When we’ve conducted studies of consumer attitudes, we’ve found many of these views are based upon feelings, not facts,” said Novak. “Most think that regulations for pesticides are non-existent unless there’s a problem and no pesticide use would mean more innovation and better solutions to pest control would emerge.”

In terms of lawsuits, the pesticide industry’s track record in recent months has been extremely uneven, he pointed out. The results were one win (Enlist/2,4-D), one loss (dicamba), and one “to be determined” (glyphosate), he said. What this means for the status of products beyond today is anyone’s guess.

“I wish I could predict how the courts will behave towards these types of policy cases in the future,” said Novak. “But obviously, that’s going to vary from one circuit court to the next.”

A Slow Recovery Ahead for Agriculture

Another 2020 MACA speaker talked about the financial outlook for the industry. According to Dr. Jason Henderson, Senior Associate Dean of Agriculture and Director of Extension at Purdue University, 2020 will long be remembered by agricultural industry watchers, for all the wrong reasons. “This year looked to be very promising, but turned out to be really disappointing,” said Henderson. “In fact, a colleague of mine said 2020 is a year that makes every other year look amazing.”

Of course, going into 2020, the agricultural industry had plenty of reasons for optimism, he said. The long-running U.S.-China trade dispute seemed to be heading for some kind of resolution and the overall economy of the country looked ready to rebound from a slower 2019. Then, the coronavirus pandemic hit, and everything changed.

“This year was a year of opportunity lost,” said Henderson. “In the U.S., we went from record low unemployment at the start of the year to COVID-19 hitting and 22 million people filing for unemployment insurance by May. It will probably take us a couple of years to get back to seeing better employment numbers.”

Unfortunately, this disruption in the general economy is already negatively affecting agricultural fortunes. For example, he said, restaurants — big consumers of agricultural products in normal times — saw their sales fall from $65 billion in 2019 to $30 billion in 2020 during the spring. And even with an uptick coming in July, Henderson predicted agriculture product sales to restaurants will likely remain lower going into 2021, “until social distancing concerns go away.”

“This means that demand for agriculture will be sluggish for the rest of 2020, maybe going up some as a dead cat bounce,” he said. “But it’s important to remember that after they bounce, a dead cat is still a dead cat!”

Going into 2020, said Henderson, farmers were hoping that the trade concerns between the U.S. and China would be on their way to being resolved. In fact, according to its own survey work, a significant percentage of farmers believed this would be the case. “But not now,” he added.

Over the next few years, Henderson predicted that agriculture would be stuck in a kind of “trade policy trap” between opposing administrations in both countries. In reality, U.S. farmers need access to Chinese food markets while China needs access to U.S. manufacturers, “but if this happens or not is anyone’s guess,” he said.

In the meantime, the U.S. government has shown it will step in and provide U.S. farmers with federal aid to make up shortfalls in crop export income, to the tune of $30 billion so far in 2020. This has helped keep net farm income above the $80 billion mark for the year.

“But that’s no comfort to me, because what happens going into 2021?” asked Henderson. “This is not the financial picture agriculture had for itself going into this year.”

Perhaps most troubling, access to working capital for farmers has fallen significantly over the past year. “Before COVID-19, farmers had more than $200 billion in working capital at their disposal,” said Henderson. “Now, it’s around $50 billion.” Indeed, he added, many farmers used government Payback Protection Program loans during the second quarter of 2020 to manage their financial needs.

Still, it’s a positive for farmer finances that interest rates have remained low. “This is a saving grace,” said Henderson.

For the future, Henderson predicted that agricultural finances will remain under pressure for many more years to come. “It’s going to be a tough couple of years for U.S. agriculture,” he concluded. “Overall, demand will a have very sluggish rebound. And it will probably be 2023 before the industry is back to the pre-COVID-19 economy.”