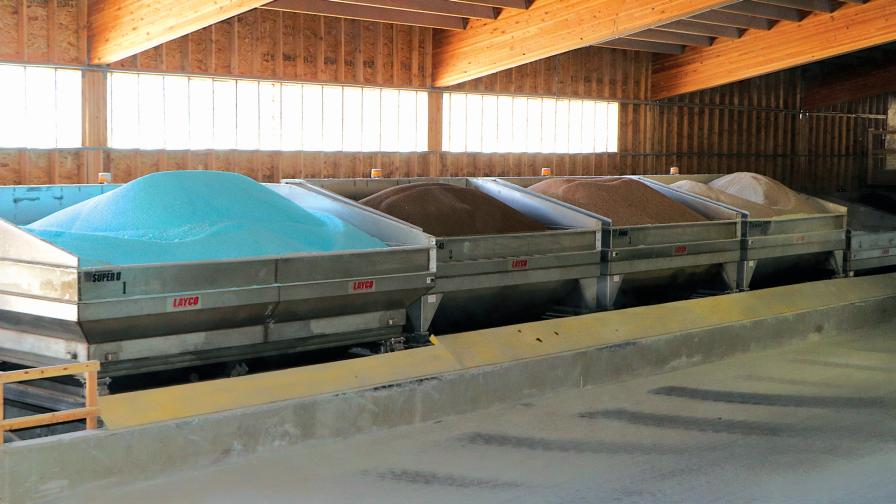 This year is shaping up to be an interesting one for phosphorus and potash.

What a difference a year makes! As we made our prognostications on the markets for phosphate and potash fertilizers one year ago (in January 2020), the COVID-19 pandemic was still in its early days and we were unaware of the significant impacts to lives and livelihoods that would transpire in 2020. Despite the many hardships, however, it is important to note that global demand for agricultural products was one sector that saw relatively limited impacts from COVID-19. With robust demand and supplies that struggled to keep pace, many ag commodities witnessed sharp recoveries in 2020 — most notably in the second half of the year — which continued in the early days of 2021.

Fertilizer prices also recovered, driven, as expected, by a tightening of the global supply/demand balances for both phosphorus (P) and potash (K), coupled with buyers returning to the market in force once it was perceived that prices had indeed “bottomed out” and demand improved across most geographies. For example, normal 2020 weather in North America appears to have resulted in a substantial “catch up” of demand after three prior weather-interrupted seasons.

At the same time, supplies struggled to keep pace with demand, as COVID-19 restricted output in some locations and some newer facilities underperformed expectations as they looked to ramp up production.

Before we move into expectations for 2021, let’s take a look at a few of our forecasts from last year: 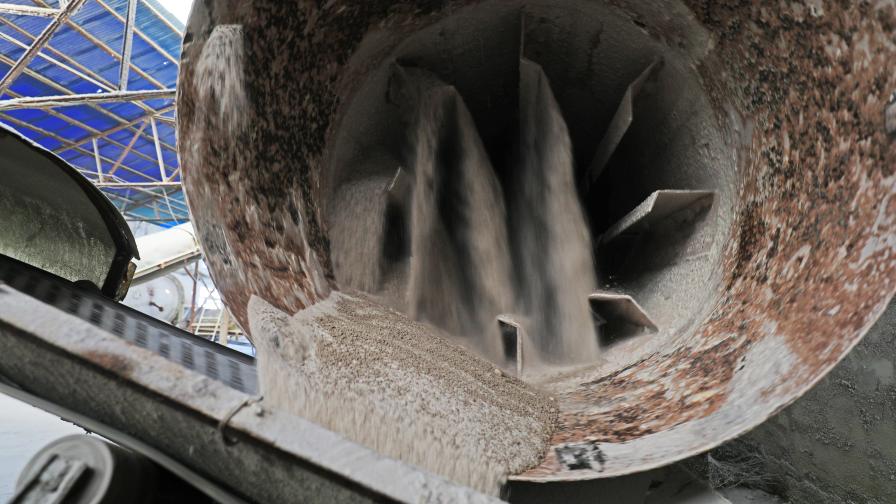 Compound fertilizer rotary mixing equipment in a factory in China.

Chinese ag commodity demand: “The decision to suspend the [ethanol] rollout is quite likely a function of Chinese corn inventories being lower than what many analysts have been assuming. This sets the stage for a potentially big step up in Chinese corn imports.”

We appear to have gotten that one right, although admittedly we didn’t anticipate the strength of Chinese import demand across such a broad swath of commodities. With respect to corn, January-November imports at a record-setting 9 million tonnes are up 123% year-over-year. China will set annual import records for many key ag commodity products in 2020, including corn, soybeans, and across the animal protein complex.

Phosphate prices: “… we see no way that prices can be sustained at the level seen at the end of 2019, and if the past is any guide, they will snap back sharply … We anticipate that a tightening global supply/demand balance will see wholesale prices recovering throughout the year,” and “the bottom line is that signs point towards a meaningful tightening of the supply/demand balance as we move through 2020, which should translate to a recovery of wholesale prices.”

Our call on the global supply/demand balance was rather prescient, though the tightening was even more pronounced than we anticipated, due to several supply shortfalls, particularly in the first half of the year. At the same time, global demand recovered from the depressed level seen in 2019, and prices responded sharply.

Potash prices: “… there is no clear catalyst for a breakout to the upside or downside, and we expect that there will be little more than seasonal price swings for [potash].

We were perhaps too conservative as to how demand would transpire, most notably the strength seen in the second half of 2020. This resulted in a more pronounced tightening of the global supply/demand balance later in the year and resulted in prices trending higher in key markets — beginning in Brazil, followed by the U.S., and more recently in Asia.

Below, we will review in more detail the factors at play in 2020, as well as our take on how markets will develop in 2021 to answer the following: What are the key drivers to watch for in 2021 as they relate to P&K market trends?

What drove fertilizer prices higher in 2020 and will they persist in 2021? There were two main factors driving fertilizer prices higher in 2020: First, as alluded to above, markets likely overshot to the downside in 2019 and early 2020, so it was rather inevitable that prices were poised to recover at least somewhat last year. The old axiom of “the cure for low prices is low prices” was proven accurate once again.

The second and most important factor was a tightening of the global supply/demand balance for both phosphates and potash, though the main causes differed somewhat by nutrient. As such, we’ll start our review by first looking at underlying fertilizer demand before looking at phosphate and potash markets individually:

Higher ag commodity prices and the resulting improvement to grower economics pushed on-farm demand for crop nutrient products higher in markets around the world — i.e., not just fall demand in the northern hemisphere markets — for example in the U.S. — but also demand for the main growing seasons in places like South America. Farm economics look very solid worldwide, and we expect that, assuming normal weather, fertilizer demand will continue to be strong as we move toward the northern hemisphere’s 2021 spring season and beyond. Our crop nutrient affordability metric, the ratio of a wholesale fertilizer price index and a crop price index, suggests fertilizer prices remain very affordable at present and thereby should provide a very attractive value proposition to growers. This is true across all nutrients, including phosphates, despite the sizable increase in phosphate fertilizer prices seen over the past year.

Regarding the U.S., fall fertilizer demand was very robust despite prices moving higher, with farmer balance sheets improving as the year progressed on higher crop prices as well as a boost in government payments made in response to COVID-19. As for cropping intentions in 2021, our still-early call for the U.S. has farmers planting around 90 million acres each of corn and soybeans (versus 91 million corn acres last year and 83 million acres of soybeans), while wheat area is expected to be up slightly at around 45 million acres.

Phosphate. The wholesale DAP price fob NOLA bottomed out in December 2019 at $236 per ton, its lowest level since 2006. Prices had been pushed lower by interruptions to demand due to weather, along with high levels of imported product being pushed into the market. In fact, NOLA DAP prices were more than $40 per ton lower than other international benchmarks to close out 2019. Such low, discounted pricing was not sustainable.

The NOLA barge DAP price began to work its way higher to start 2020. Prices had risen by as much as $50 a ton during the spring season, but tepid buying worldwide due to the uncertainties caused by COVID-19 prevented a more substantial recovery. Then in late June, Mosaic filed a countervailing duty (CVD) petition against suppliers of phosphate fertilizer in Morocco and Russia, as we believed that these suppliers were the beneficiaries of unfair (countervailable) subsidies by their home governments. Subsequent to this filing, those suppliers chose to exit the U.S. market, likely leaving their customers short of product. As these and other buyers returned to the post-spring market to refill depleted distribution and retail channels, the ‘shortness’ of the market rapidly became apparent. Thus, from a NOLA DAP price of about $275 per ton at the end of June, prices moved to about $360 per ton by the end of August, flipping the discount to international prices that had previously prevailed into a meaningful premium.

Prices hovered at about that level as U.S. buyers held back from the market. International prices, however, continued to rise during this period, as demand picked up and global supplies tightened, despite the fact that the Russian and Moroccan producers were diverting volumes away from the U.S. and into these international markets.

There were several keys areas where global supplies were reduced:

In late November, the U.S. Department of Commerce provided its preliminary ruling that the suppliers named in the CVD petition were indeed benefiting from unfair subsidies and would be subject to varying rates of preliminary countervailing duties (depending on supplier) going forward. Although preliminary, this additional level of clarity regarding countervailing duty rates prompted U.S. buyers back into the market and NOLA prices once again moved higher, closing out the year at $395 per ton fob NOLA and extending the price premium to international price benchmarks to as much as $75 per ton. All told, prices increased by approximately $160 per ton in 2020, reversing the $150 per ton decline witnessed in 2019.

Looking to 2021, demand prospects look very solid with much-improved grower economics and the value proposition posed by fertilizers to drive yields. We forecast that global shipments of high-analysis phosphate products will climb by over 2% year-over-year, or between 1.5 million and 2 million tonnes. In the meantime, global supplies are expected to struggle to keep pace, and with the depleted inventories noted above, it is expected that the tight market conditions present in the latter half of 2020 will persist in 2021. Regarding prices, we expect at least modest additional strength in U.S. prices, particularly in the first half of the year. At the same time, we anticipate global prices rising by an even faster pace as the NOLA and global benchmarks work their way towards parity as trade flows continue to adjust (towards a “new normal” after the finalization of the countervailing duty investigation in late-March).

Potash. Similar to phosphates, wholesale granular MOP prices in the U.S. weakened in 2019 by about $65 per ton to about $225, but unlike phosphate this downward trend continued into 2020. Prices didn’t find a floor until the end of July at $190 per ton, not dissimilar to the last cyclical low in mid-2016. Moreover, in a seeming repeat of 2016, global prices began to work their way higher after a long-awaited settlement of contract prices in India and China established the global pricing floor. In addition, global demand rebounded along with a marked rebound of U.S. demand in response to conducive weather, demand was also notably better in the majority of markets worldwide. We believe global demand grew by circa 3% year-over-year. In the face of stronger demand, however, global supply is estimated to have grown at half that rate. As such, once carryover inventories were worked through during the first half of the year, prices began to firm, first in Brazil, followed by the U.S. and subsequently in Asian markets.

Our baseline potash demand forecast shows shipments rising by at least 3% this year — right in line with its long-term trend growth rate — and with producer inventories starting 2021 lower year-over-year and channel inventories around the world believed to be about average, the stage is set for a snug market paradigm to continue to exert upward pressure on prices. In fact, with positive price momentum, it is historically characteristic of global potash demand to markedly outperform trend growth, so our forecast may prove to be conservative. Supply, meanwhile, is expected to see limited expansion from ramp ups of new capacity in Canada, Russia, and Belarus. These are the primary arguments for prices to remain under upward pressure in 2021.

In summary, the much-improved global ag environment is spurring global demand for crop inputs, to include P and K fertilizers. Coinciding with limited new supplies of these nutrients, the stage is set for continued strength in phosphate and potash market prices in 2021.

Andy Jung is the Director of Market and Strategic Analysis with The Mosaic Co. See all author stories here.