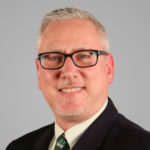 According to many of the nation’s top micronutrient suppliers — 12 of whom fall short of a consensus here — the industry forecast for 2019 is:

“It is difficult to predict what will happen next year, but I believe the outlook for micronutrient sales is stable,” Paul Gerdes, Proprietary Business Manager with West Central Distribution, says, ably representing the middle ground of opinion.

On the optimistic side of the spectrum, some suppliers are banking, in part, on a “pay me now or pay me later” stance following a disappointing 2017 and not-much-better campaign thus far this year.

“Our concern for growers is that, if they cut micronutrient applications out these past two years, they may be disadvantaged in 2019,” Jeff Reimche, Director of Operations with Nutrient Technologies, says. “We are already seeing some growers with widespread visible deficiency symptoms because they had neglected some of their nutrition.”

The best way to make amends, according to Yara North America Market Development Director Toby Goodroad, is for growers to begin reintroducing micronutrients. “The micronutrient market will continue to grow due to this, and retailers need to be prepared,” he says. “Some believe the depressed market will make these sales more difficult. However, there are known micronutrient deficiencies that limit yield. With proper agronomic advice, micronutrients can add to farmers’ bottom lines, which they should be interested in understanding.

“We are always optimistic.”

Some less so than others.

The “5% to 7% less consumption” projection arrives matter-of-factly from Sunil Shah, CEO of SAM HPRP. “The unfortunate downturn of the agricultural economy has greatly impacted farmers across the country, and we hope that things will change in the near future,” he says. “However, this has continued due to many factors, such as international trade laws, domestic policy and regulations, and even along the general market-value perception of products. A prime example of this is the decrease in soybean market values. As the trade war continues to rise with tariffs, it’s been really hard on American soybean farmers, even resulting in emergency support from the U.S. Department of Agriculture.”

“Tariffs” — there is no avoiding the topic, optimism or no optimism.

“Tariffs and trade is a two-edged sword,” Dale Edgington, Purchasing and Production Manager with Cameron Micronutrients, says. “Tariffs on imports will potentially increase the price of Chinese imports of zinc, manganese, and copper sulfate by 10%. But reciprocal tariffs on U.S. exports of farm commodities are expected to reduce farmers’ net returns and will impact the demand for micronutrients. We don’t expect these to affect the use of micronutrients on higher-value fruit and vegetable crops, but farmers will question crop input consultants on every dollar that they spend to grow corn, soybeans, and wheat.”

Edgington expects such uncertainty to delay commitments to micronutrient purchases this fall, as was the case in the fall of 2016. “But as long as farmers plant a crop in 2019, we expect them to feed it with everything that is essential to maximizing yield,” he adds.

Sales Review: This Year vs. Last

For starters, 2017 was not as bad for some micronutrient suppliers as others. Performance did not necessarily reflect that year’s subpar agriculture economy.

Agro-K “actually saw” moderate growth in micronutrient sales last year compared to the overall ag economy, according to President Chapman Mayo. Likewise, NACHURS “actually saw” its micronutrient sales continue to grow through 2017, the company’s Director of Product Development and Specialty Products, Tommy Roach, says. At Miller Chemical and Fertilizer, sales have been trending upward consistently over the last decade, and, according to Vice President of U.S. Sales Randy Edwards, “we expect that the use (of micronutrients) will continue to grow.”

For Cameron Micronutrients and other peer companies, 2017 was a roller-coaster ride. “We experienced a reluctance on the part of dealers to build inventories in the fall and winter of 2016 heading into the spring of 2017,” Edgington says. “But when planting started in the southern states in March of 2017, orders came in at a record pace. We ended the season with the same sales as a “normal” year. With commodity prices at roughly the same level, we expected a similar response from dealers in the fall of 2017 but were pleasantly surprised. Demand was ‘normal,’ and shipments proceeded at a regular pace until the conclusion of planting season in late June of 2018.”

Although some companies may have thrived, the industry in general not only suffered in 2017 but also saw it coming, according to West Central’s Gerdes. “With the price of commodities dropping,” he says, “we expected that the sales of micronutrients would also be down.”

Moving into the first half of 2018, those prices have yet to improve, which has continued to hurt some micronutrients suppliers.

“At the current time, with depressed commodity prices, there continues to be downward pressure on micronutrient use,” Jake Socherman, Director of Sales–Specialty Micronutrients with Verdesian Life Sciences, says. “In the first seven months of 2018 we have seen a tough market, but there continues to be new growth in the form of new customer adoption for those looking to achieve healthier crops and higher yields.”

Yara saw positive signs early in 2018, Goodroad says, but the year weakened due to a tough spring and the worsening farm economics. Additional sales of micronutrients were slowed in corn and soybean. “If retailers did not make the sale early in Q1/Q2, they likely did not make up any ground,” he says. “Due to the depressed crop prices, farmers’ wallets will remain in their pockets.”

Some deeper than others.

“For the higher cash-value crop markets, such as wine grapes, cherries, apples, almonds, etc., early 2018 sales of our foliar applied micronutrient products have been generally stable with some regional weaknesses,” Nutrient’s Reimche says. “(But) sales for commodity crops definitely continue to be weak.”

From a ‘Trying’ Spring to ‘Phenomenal’ Crops

Weather conditions have been mixed thus far in 2018. The season started slow, which led to a “very compressed planting window,” Ryan Bartlett, Vice President of Innovation and Product Development at Compass Minerals, says. “Yes,” Verdesian’s Socherman adds, “the spring season … was extremely trying” — which, according to Goodroad, “always makes the sale of micronutrients harder. Growers are focused on getting the crop in and are hesitant to invest any more money with the uncertainty.”

Those crops, since being planted, now “look great for the most part,” Goodroad says. “That could have spurred some sales because growers wanted to support the yield potential out there.”

Compass Minerals has experienced some of that “good news,” Bartlett says, in the form of a lift in in-season plant nutrition applications to help improve plant viability. “We had answers for these challenges with a solid in-season portfolio of products. Pictures we’ve received from the field speak for themselves,” he says.

Crops are generally ahead of schedule in most areas, according to Rob Ford, Midwest Sales Manager at Agro-K, thanks to a very warm and wet year in his region. That has “pulled foliar micronutrient sprays forward a bit,” he says.

Brian Haschmeyer, Director of Discovery and Innovation at BRANDT, says crop response to the company’s foliar micronutrient applications has been creating record yields. “We anticipate the crop removal to be large in 2018, which will increase the need and awareness for applications in 2019,” he says.

In those areas that have experienced ideal conditions, growers “have the makings of a phenomenal crop,” Rodney Gilliland, National Accounts Manager with The Andersons Plant Nutrient Group, says. “We have had substantial interest from those regions. Growers are looking to our products to provide the nutrients needed to carry them through to harvest and add some extra bushels in the bin,” he says.

Bumper crop or not, the state of micronutrients could remain clouded by the current legislative climate.

“The world’s political and economic factors are driving changes within our business that the agricultural industry hasn’t had to deal with in quite some time,” Gerdes says. “The effect of the proposed tariffs is unknown at this time but could affect the prices for several inputs in agriculture, including new materials for micronutrients.”

Adds Reimche: “In a broader sense, we believe the uncertainty about the impact of tariffs on crop sales has eroded grower confidence, resulting in reduced micronutrient budgets. … The recent tariff actions are likely to affect costs of micronutrients, and we expect all our costs to increase into 2019, squeezing margins. The tariff situation is really the biggest question mark going into harvest and next season.”

0 1 5 State of the Micronutrient Market: Making Up Ground

Trident from Case IH Wins Product of the Decade Honors