The derecho of 2020 quite literally laid bare the widespread corn rootworm pressure that had comprised the root structure of corn crops last year, and this year growers should expect no abatement.

“I know fields in Iowa last year that they just walked away from, because it was lodged so poorly that they wouldn’t be able to harvest,” Jody Gander, North America Technology Development Manager for Corn Traits with Bayer Crop Science, says. The lack of heavy rainfalls last late May and early June — egg hatching season — meant ideal conditions for rootworm survival. Being proactive is of utmost importance, as there are no rescue treatments once the larvae begin to feed, he stresses. 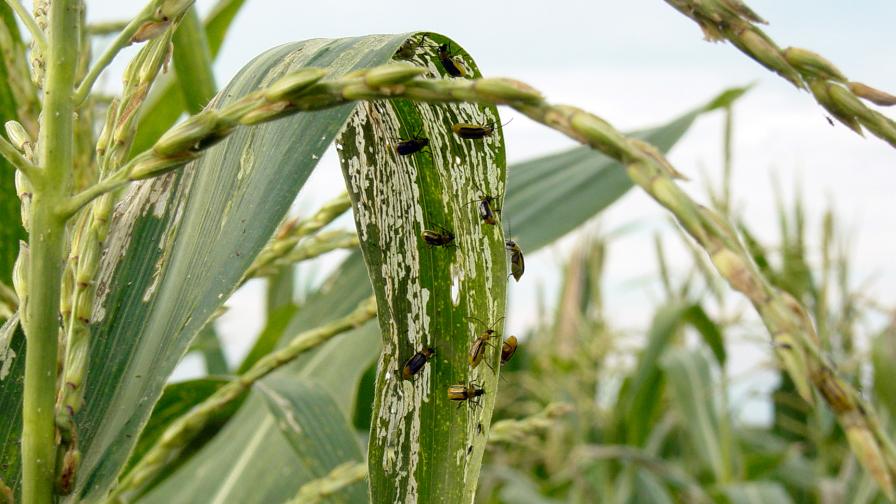 First steps: Consider what you had in your fields last year, and if you had considerable rootworm damage, rotate to a non-host crop. If you had heavy rootworm feeding or heavier than expected damage with a traited product, rotation will help relieve the pressure in the field and reset it for the next season. It’s a great fix, of course, unless you don’t have the option to rotate, in which case Gander advises using a soil-applied insecticide along with a non-Bt product to reduce selection pressure on the traited product.

“Start forming that plan now as far as which fields you’re going to do trapping in. Also, growers should consider scouting and spraying adults before they lay eggs — that will reduce pressure that will be in the field next year,” Gander adds. Adopting a trapping program for adult beetles in 2021 will help growers reduce potential pressure for 2022.

Trapping is where Bayer’s corn rootworm scouting program, The Watch, comes in. An effort to spread awareness on the highly adaptable, destructive pest, the program distributes yellow sticky traps to growers and instructs how to set them and calculate the number of beetles trapped per day, using a procedure developed by Iowa State University researchers. In turn, growers get a good indication of what corn rootworm pressure in that field will look like the following year.

Some growers, battling against low commodity prices, may have decided not to invest in a traited product, then saw a corn rootworm resurgence in ’20. “That’s one of the reasons behind The Watch program, was to try to maintain that awareness, because even though you didn’t see pressure for the last couple of years, there’s always the possibility that you could have pressure the next year,” Gander reminds.

In 2022, growers will have a new option for rootworm control, Bayer’s SmartStax PRO Technology, which this winter received the greenlight from China’s Ministry of Agriculture and Rural Affairs for import.

RNAi-based technologies are developed from a naturally occurring process in the targeted plant or pest to stop or decrease the production of a specific protein and can be used to target specific pests, like the corn rootworm.

“That’s the really good part about this, is it brings in another mode of action that doesn’t work in the same way that traditional proteins work. Having multiple modes of action helps protect trait durability,” Gander says, adding a word of caution: “But there is no silver bullet. We are still going to need to use best management practices with products that contain RNAi technology. Nothing is 100%. We still need to use good stewardship and best management practices.”

Bayer plans to conduct on-farm trials in 2021, while ramping up volume to meet grower needs for a U.S. commercial launch in 2022. Bayer also expects to have products to launch in Canada in 2023.

Insect resistance to Bt proteins is not unlike what has happened with weeds to various pesticides: “You get a dozen or so years out of the technology, and then all of a sudden there are all these problems,” Chris DiFonzo, Field Crops Entomologist with Michigan State University, tells CropLife®.

For younger growers, too, re-education is needed. “For some of these growers, the technology has been there for 20 years, and that’s all they know. It’s a switch to have to go back to older products, or to different ways of management that they didn’t have to do before,” she explains. 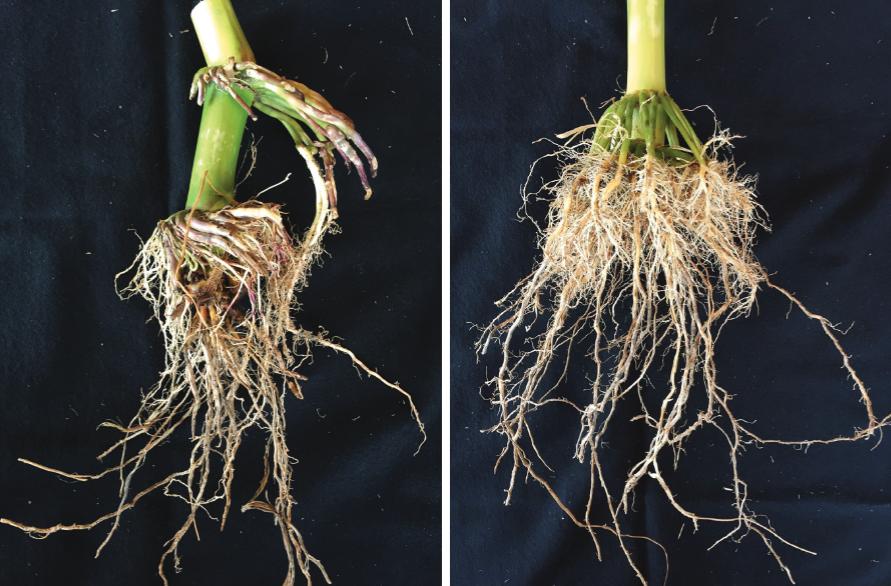 To those older, Bt resistance has happened all too quickly. “People are probably saying, how did (Bt resistance) happen so fast? it’s only been 25 years since we got Bt corn,” Pat Porter, Extension Entomologist with Texas A&M, says. “That’s true, if you’re thinking in human terms and the passage of time,” but considering that insects have up to three generations per year, Bt is quite old.

Porter, along with DiFonzo, gave a presentation: “When Good Bts Go Bad” for the Ohio AgriBusiness Association this winter, in which they discussed the evolution of caterpillar resistance to Bt plant-incorporated protectants in the U.S., and factors that contributed to that resistance.

“Preservation of Vip3A is a big deal. EPA has now gotten involved; they’re worried — all of the public sector is pretty worried,” Porter notes. Vip is the only remaining toxin that controls western bean cutworm, Porter adds.

For the last couple of years, EPA has been rethinking resistance management for Bt products. It formed a FIFRA scientific advisory panel, allowing input from the public sector and entomologists. A new draft proposal aiming to “Improve Pest Resistance for Plant-Incorporated Protectants” was submitted for public comments, which were due in November.

The plan seeks to:

DiFonzo and Porter advise anyone who is considering which hybrids to plant to print off the “Handy Bt Trait Table” (input that term in Google and it is the top result), and understand what you are planting, what it controls, and what damage you can expect, if any. Do not, for example, assume that switching companies and trait packages will stop resistance from happening. “The reality is there are five Bt toxins, two of which (Cry1A.105 + Cry2Ab2), come together as a set and all are mixed within the trait packages of different companies; there’s nothing new here,” DiFonzo says.

“If you’re keen on non-Bt or just planting Roundup Ready, try it, but don’t put it on all of your acres. Learn how to manage corn without a Bt trait in it,” she advises, adding that this is especially beneficial for younger growers who aren’t as familiar with pests like European corn borer. “It’s a process to learn what the damage looks like, but I also think it’s just a good thing to do because in the future, we may have more non-Bt forced upon us by these resistance issues.” 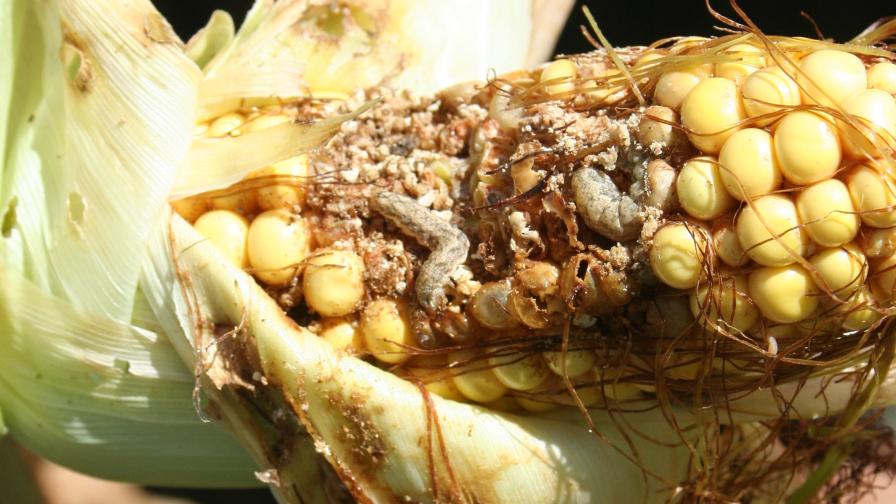 In addition, trap weekly to determine the population at the time of scouting. Moreover, walking all your fields is good practice, even if you are not scouting in the traditional sense. “This is how western bean cutworm-caused crop failures were discovered in 2016-17, by people walking fields in August. Even if you don’t have time to physically scout, at least walk to find larvae and damage in that August timeframe. If you do see something wrong, report it immediately. Go back to your Bt trait table and find out the hybrid was expected to control. If there is damage call somebody — your seed dealer, your extension agent,” she adds.

On the evolution of resistance, DiFonzo comments, “It’s a bit like COVID variants. When I hear about the virus changing, well, in the same way, insects evolve — so we always have to be on our toes.” She added, laughing: “The insect brain is small, and yet they are able to defeat us.”

By Association of Equipment Manufacturers|September 16, 2021