Compared with the past few years, 2020 was definitely memorable. “Last year was a difficult year for many of reasons,” observes Jeff Moon, Market Development Specialist for Corteva Agriscience. “The COVID-19 pandemic created new ways of working and economic and personal setbacks. There were also weather concerns, depending on geography. The derecho in Iowa, for example, destroyed yield for many farmers and left billions of dollars in damage. In some areas, farmers struggled with too much rain. In others, they struggled with drought.”

Yet, through all these extraordinary events, one of the things that remained constant during 2020, says Moon, was the need for nitrogen (N) stabilizers. “Given all these dynamics, it is imperative for retailers and farmers to plan around each season, and they still agree that protecting nitrogen, regardless of the situation, is important,” he says. “While farmers may be looking for ways to maximize their return, they should still protect that nitrogen investment.”

And given how the market has performed thus far in 2021, the demand for nitrogen-based fertilizers should be strong indeed. Already going into the year, USDA was estimating that U.S. growers would plant approximately 91 million acres of corn. Then, however, the country’s carryover number came in lower than expected this past December (by more than one billion bushels). In addition, China began buying up record amounts of U.S. grown corn throughout the months of January and February (somewhere in the neighborhood of 8 million metric tons). As a result, commodity prices for corn have been on the uptick ever since.

Put together, says Mike Zwingman, Technical Development Manager for Verdesian, this all adds up to some good times for U.S. agriculture. “The recent rise in commodity prices are going to allow growers to do some things they haven’t been able or willing to do in the past few years,” says Zwingman. “I also think nitrogen prices are going to impact how a grower thinks about their nitrogen program overall for 2021.”

Kate Koehler, Director, Product Management & Communications for Koch Agronomic Services, agrees with this view. “It’s been a unique start to 2021 with the spread between UAN and urea and with corn prices the highest they’ve been in several years,” says Koehler. “For growers wanting to maximize their chance to capture as many bushels as they can with the higher grain prices, the last thing they’ll want is for the crop to be short on nitrogen. Nitrogen impacts nearly every major metabolic process in the plant and is a large driver for yield, so in short, the greater the yield the greater the crop’s nitrogen needs. Utilizing a nitrogen stabilizer to protect against losses due to unpredictable weather conditions allows for a grower to get the most out of their crop and capitalize on these grain prices while optimizing their nutrient use efficiency.”

Products That Can Help 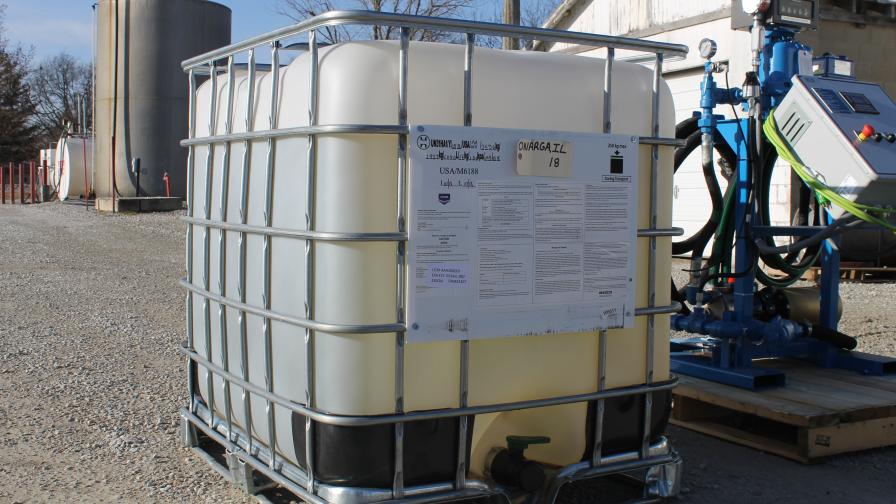 Centuro from Koch is a nitrogen stabilizer that works by temporarily occupying the active site or altering the enzyme found inside nitrosomonas bacteria so that it cannot oxidize ammonia.

To help with this effort, Koehler points to two different N stabilizers marketed by Koch – Anvol and Centuro. “In a 2020 study conducted in Nebraska, conditions created a worst-case loss scenario that are not typically seen in the spring, with 17 days between application and an incorporating rainfall measuring greater than a half-inch,” she says. “Averaged across three nitrogen rates (60, 120, and 180 pounds), ANVOL nitrogen stabilizer provided a 37 bushel per acre advantage over untreated UAN. While dry weather is not common during the window for spring applications and growers may experience losses with even shorter windows of not receiving an incorporating rainfall, this scenario represents the magnitude of volatilization losses that can occur in UAN and the importance of protecting this nitrogen source.”

According to this study, Centuro also helped extend the window of protection by slowing the conversion of ammonium to nitrate to hold the nitrogen in the ammonium form three times longer than without an inhibitor. “A 2020 Nebraska study where injected UAN treated with Centuro applied at sidedress in irrigated corn with conditions favorable to leaching and denitrification losses, showed Centuro at a 1.5 gallons per ton application rate had a yield advantage of 10 bushels per acre compared to untreated UAN,” says Koehler. “By extending the window of protection, more nitrogen was available to the crop even when wet conditions were favorable to below-ground losses.”

From Verdesian, there is NUE-Charge G. “The co-polymer in NUE-Charge G is going to act as an exchange resin and hold ammonium in the root zone allowing it to be available later in the season when corn needs it the most,” says Zwingman. 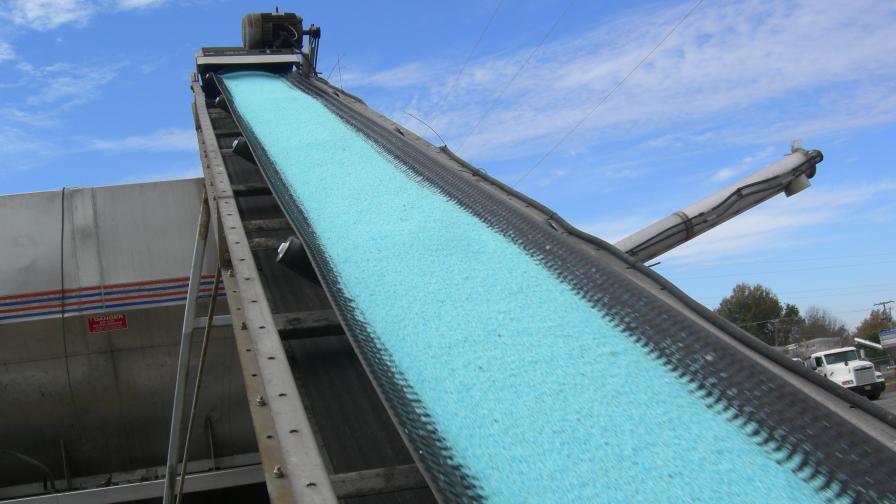 One of the newest N stabilizers to hit the market is NXTGEN from Corteva, which debuted during 2020. According to Danny Leckie, U.S. Product Manager, Nitrogen Stabilizers, Corteva developed NXTGEN based upon the feedback the company received from ag retailers, particularly those that use urea. “They wanted a solution with better handling and a lower use rate to simplify blending and to prevent clumping, stickiness and clogged equipment – while still delivering the same strong results,” says Leckie. “Instinct NXTGEN N stabilizer is an enhanced formulation of Instinct N stabilizer. It has a lower use rate and lower viscosity for simpler blending with urea and better overall handling during those colder, early spring applications. Retailers who’ve used the product have reported that it flows faster and coats urea prills more easily.”

A Few Challenges to Watch

Even with the overall positive outlook for N stabilizers during the 2021 growing season, there are a few factors that could hinder the segment’s growth potential, warn industry insiders. According to Koch’s Koehler, one of these would be the segment’s perceived worth. “A continued challenge we see is the misconceptions related to UAN nitrogen protection,” she says. “With many growers potentially opting to use UAN this season, we see a greater need to educate on the nitrogen loss risk associated with this nitrogen source. UAN is often believed to not be at-risk for nitrogen loss. Research and science would indicate otherwise, and these applications would benefit from urease inhibitors.”

According to Corteva’s Moon, there are also plenty of other unknowns that tend to crop up each and every growing season. These would include many that are “out of the control” of ag retailers and their grower-customers, such as the weather, market prices, and — during 2020 and spring 2021, at least — the complications brought on by the ongoing COVID-19 pandemic.

Despite these, Moon believes that the entire agricultural marketplace will continue to manage any and all challenges – with N stabilizers playing an important role. “At their core, farmers are optimistic and always plan for the best,” he says. “All these unknowns are the reason we recommend farmers work with their retailers to create a nutrient management plan ahead of time and stick to that plan as best they can.”