By now, everyone is familiar with how rough a year 2019 has turned out to be for the agricultural industry. Over the past several months, the marketplace has been dealing with myriad negative issues all at once — the rapid spread of herbicide-resistant weeds and pests, increased automation adoption, including drones, and online sales growth.

For much of the world, wild weather swings were the norm in 2019 — too hot in Europe and too cold and wet in the U.S. In fact, according to USDA statistics, approximately 300,000 planned acres of soybeans and more than 5 million planned acres of corn never made it into the field during the spring months.

Then, of course, dominating much of the agriculture news throughout the year was the ongoing series of trade disputes between the U.S. and various countries. In particular, the U.S.-China dispute escalated to include a series of tariffs on goods shipped between the two countries. This put a virtual halt to agricultural exports to China, with the amount of total U.S. exports falling more than $10 billion annually between 2017 and today. Unfortunately, mostly impacted by this “bad blood” between the U.S. and China were the nation’s soybean growers, which send approximately every third row of their harvests to China in a normal cropping season. This year soybean commodity prices are down approximately 18% from March 2018. 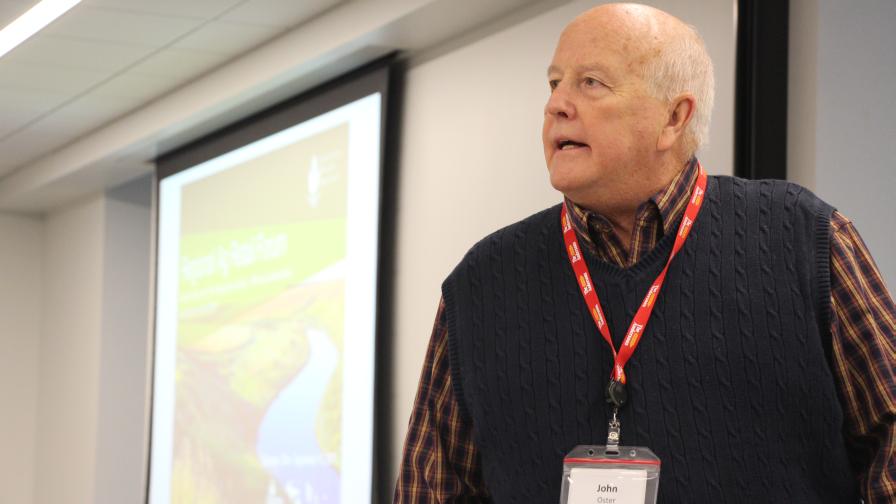 Combining this “perfect storm” of international trade wars with extremely wet and cool weather for many grower-customers living in the key Midwestern crop states has dampened the overall outlook for the 2019 growing season, according to John Oster, Sales Specialist for The Morral Companies, Morral, OH, at least in certain geographies.

“I’m heavily influenced by what has happened here in Ohio, Indiana, and Michigan this spring,” Oster says. (According to the numbers from various crop watchers, approximately 50% of the corn and soybean areas in these states went unplanted in 2019.) “But that’s not what happened over the entire Corn Belt. For example, Iowa, Nebraska, and parts of several other Western Corn Belt states are going to have very good crops. Ditto for a pretty big portion of Illinois. And I know one large Southern Ohio farmer who is thinking his corn is going to be the ‘best ever!’ So (the crop outlook) is all over the board but particularly bad in our local geography.”

So, basically everyone knows the spring of 2019 presented some extreme challenges to grower-customers in certain parts of the U.S. But what could this mean for the upcoming fall season, particularly when it comes to fertilizer application? Again, Oster is a bit reserved in how he believes demand will play out for the rest of the year.

“My vote would be for a lackluster, below-average fall application season,” he says. “[This will be] due to prevent plant acreage and weather-damaged yields on crops that our growers did manage to get into the ground.
“Another reason might be the inability to get fall nutrients applied due to the very likely lateness of these crops’ maturity and harvest,” he continues. “And if we happen to get an early killing frost, that’s just one more nail in the coffin for this year’s crop around here.” 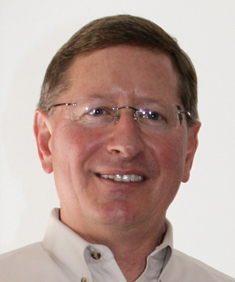 There are other ag retailers that believe fall application work could be on the rebound this year because of the lack of progress many grower-customers made during the spring months with their crop fields. “We have a favorable opportunity for a positive fall fertilizer season,” says Dave Coppess, Executive Vice President, Sales and Marketing for Heartland Co-op, West Des Moines, IA. “Farmers did not get much fall work done last year and they felt the stress trying to get everything done in a timely manner this spring. I think we’ll be applying fertilizer right behind the combines this year!”

Coppess warns, however, that this “positive outlook for fall fertilizer application” could be undone by the same “elephant in the room” that derailed much of the spring season for U.S. grower-customers — extreme weather. “Many of the crops were planted two to three weeks behind normal,” he says. “Barring an early frost, harvest will also be delayed. Weather, as always, will be the greatest obstacle to really ‘sticking’ a big fall!”

In terms of what macronutrients could potentially be in demand for the fall of 2019, Coppess thinks all three will be. “We will do our best to get 50% of next year’s fertilizer applied this fall, all three nutrients,” he says. “Anhydrous ammonia is our primary source of nitrogen. Ground temperatures will be the determining factor. We don’t start until the ground temperature is 50 degrees and declining. We quit when the ground freezes.”

The Morral Companies’ Oster thinks that potash will have stronger application rates this fall among his area’s grower-customers, with nitrogen and phosphate performing less vibrantly. “Potash will do best because it is the product of choice for fall application,” he says. “Around here, nitrogen will definitely be the worst because we are not normally a fall-applied nitrogen market in the first place, even more so this year. ‘A burned child fears fire’ is an old adage that comes to mind, and believe me, growers who put down nitrogen last fall and failed to get a crop in the ground really have to feel burned as the vast majority of their nitrogen is gone by now — both from leaching and denitrification. As for phosphates, there is such a local bias against them due to Lake Erie’s predicted large algal bloom this year that growers will feel pressure from that front, along with decreased phosphorus uptake from this year’s damaged crops.”

Despite this “slower than normal” outlook for fertilizer application, Oster does foresee an area in which ag retailers could find themselves busy during the autumn months — soil testing. “I would expect fertilizer retailers to be very proactive with their soil test programs because of all the variables resulting from this year’s weather disaster,” he says. “It’s hard to know what IS out there, just as it is hard to know what IS NOT out there following these unprecedented weather occurrences. The good nutrient service providers will be out there as much as possible, sticking those fields and analyzing the test results, looking for opportunities to re-achieve a nutrient balance.”

Looking ahead even further to the 2020 growing season, ag retailers that CropLife® magazine talked with were relatively hopeful for a better crop year. But, according to Oster, some positive developments on the trade front would definitely help.

“The major wild card for next year is, of course, trade,” he says. “Whether you’re talking about the U.S./Mexico/Canada Agreement, Japan, or China, those initiatives and issues are going to be very large and significant players on the market. So, any deal will be good, no deal will be bad, and a bad deal will only give other regions of the world even more reason to increase production of both corn and soybeans at the expense of U.S. exports. China, in particular, and soybeans for sure will set the tone for planting intentions next spring. And all we can do for now on that front is to continue to develop alternative markets.”

According to Scott Dettmann, Fertil­izer Manager, Northern Business Unit for Helena Agri-Enterprises, logistics could be a concern due to pricing and freight reliability. “The river system will also be challenged again next year due to all of the scheduled closures for maintenance,” says Dettmann.

Still, according to Heartland Co-op’s Coppess, the biggest wild-card potentially impacting the 2020 growing season could be the same one that hurt the 2019 season — Mother Nature. “The weather will remain as our biggest wild card,” he says. “After that, how the trade issue will turn out is still the big unknown. If soybean prices regress again, we could see a stronger shift to more corn acres, and demand for fall fertilizer should increase.”

Technology Easier to Use Than Ever Before for Top U.S. Ag Retailers