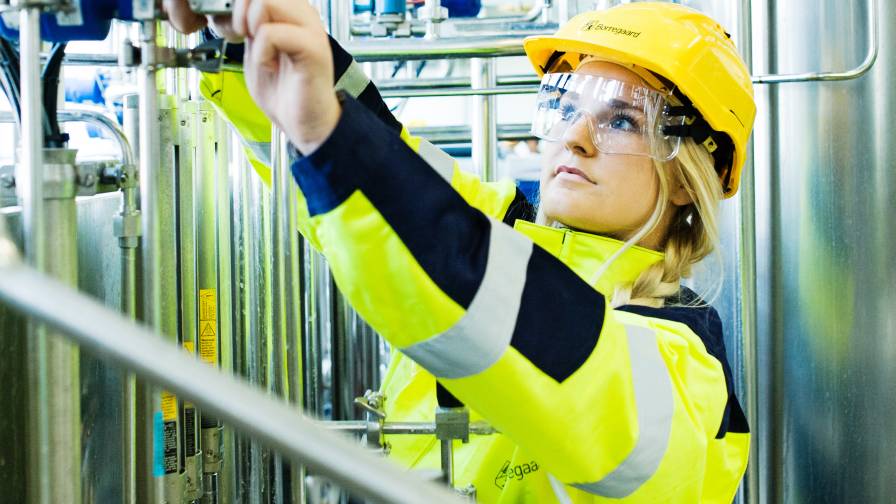 Norwegian-based Borregaard is relying upon its century-old knowhow to expand its bio-based products for agriculture’s modern needs. Pictured: A Borregaard employee at the company’s Sarpsborg manufacturing facility.

When considering Sarpsborg Norway, and Borregaard AS, the company, history is paramount to both. The city was originally settled more than 1,000 years ago in 1016 by the Viking King Olaf.

For Borregaard, the path to today was similar. The first industrial plants were built in the area during the 1600s, while modern industrial activities began with the Kellner Partington Paper Pulp Co. in 1889. The name Borregaard connects to Borgargjerdi, the royal seat during the reign of Olav the Holy, which began in 1016. However, despite this long history as a company, Borregaard does suffer from a slight problem — it isn’t well known in the new world just yet. “Supply disruptions are causing North American markets to look to domestic suppliers,” says Jim Shone, Area Business Manager-Plant Nutrition, Biopolymers at Borregaard USA, Inc., discussing how the COVID years have negatively impacted much of the U.S. market. “North American agriculture lacks awareness that Borregaard has world class products, support, and supply.”

To correct this issue, Borregaard is embarking upon a campaign to “get the word out” about the company to North American agriculture. One of these steps involved conducting a series of surveys of companies in the U.S. agricultural marketplace, says Shone. Among the key findings were that these respondents wanted to do business with suppliers that had “the ability to make environmental and sustainable claims” while providing customers with technical expertise “and a high level of customer support.” These surveys also found that customers wanted “more education on alternatives to using EDTA” in their products.

At Borregaard, the primary raw material for the majority of the company’s product line-up are trees harvested for pulping. The Norway spruce tree supplies 100% of the Sarpsborg cellulose manufacturing facility. The company also has two other production facilities located in the U.S. — in Rothschild, WI, and Fernandina Beach, FL, which was commissioned in 2016. 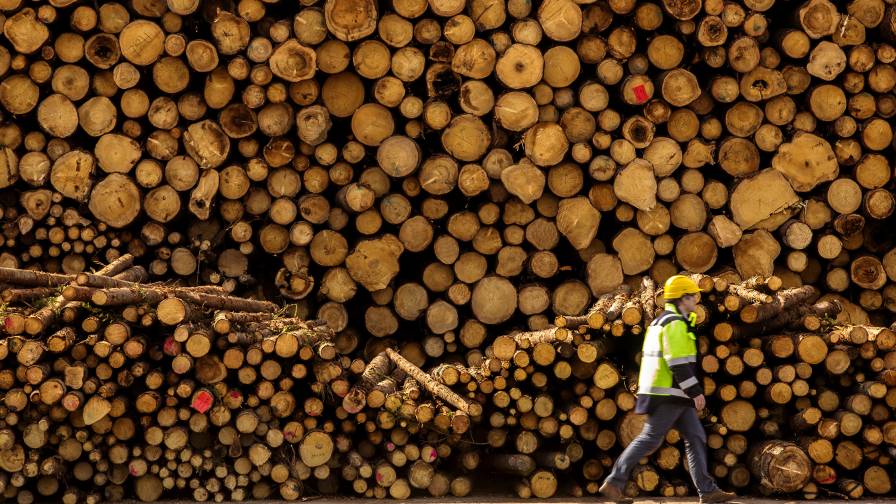 Annually, says Tom Erik Foss-Jacobsen, Executive Vice President, Borregaard processes approximately two million whole trees at the Sarpsborg site each year, “trying to squeeze as much out of each tree as possible.” On average, he says, the raw materials harvested from a Norway spruce can be put into three different groupings — 45% fibers, which are used to produce specialty cellulose and cellulose fibrils; 30% lignin, used to make biopolymers and biovanillin, a food flavoring; and 25% sugars, used to formulate bioethanol. Overall, these materials end up in more than 800 products the company offers across multiple industries, including agriculture and aquaculture, construction, pharmaceuticals and cosmetics, foodstuffs, batteries, and biofuels.

Part of what has kept the company relevant compared with other manufacturers, he says, is its devotion to innovation. As evidence of this, Foss-Jacobsen points to Borregaard’s product efforts dating back more than 80 years ago. “At that time, the company was already producing bioethanol using the sugars from Norway spruce trees,” he says. “This was long before many other companies even realized this could represent a viable alternative to fossil fuels.”

In the agricultural space itself, Borregaard didn’t really jump into this market until the 1970s. During this time and into the 1990s, the company launched several products. “Today, Borregaard is the market leader in binders for granulated limestone and dispersants for dry pesticides,” says Foss-Jacobsen. “We are also the only supplier of fully soluble and compatible humic acids and the market leader for bio-based complexing agents for micronutrients.”

A closer look at some of Borregaard’s newest products targeting the agricultural market further emphasizes the company’s commitment to this sector. For example, take BorreGRO HA-1. According to Frederik Bierre, Global Application Manager, this product helps increase the efficiency of fertilizer. “A large part of applied fertilizers quickly become fixed in the soil,” says Bierre. “BorreGRO HA-1 improves nutrient availability and prevents leaching.” He adds that BorreGRO HA-1 is a leonardite-based proprietary humic acid compatible in a 2 to 12 pH range, allowing formulation stability with liquid starter fertilizers currently used in the U.S. (such as ammonium polyphosphate 10-34-0). 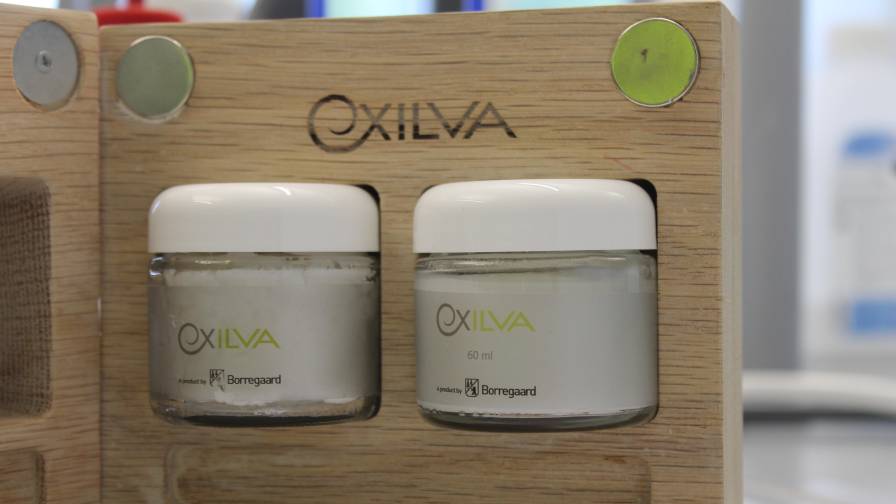 The newest product in the Borregaard family that can be used in the agricultural market is called Exilva. Translating as “from the forest” in Latin, Exilva is the company’s patented cellulose microfibrils made from high purity cellulose wood pulp. The product is sustainable and biobased. According to Justin Scarpello, Executive Vice President, Cellulose Fibrils, Exilva is a physical network of microfibers that “gives a unique set of properties ideal to meet the demands of challenging agrochemical formulations.”

“In chemical formulations, Exilva can improve flow, flexibility, and strength,” says Scarpello. “It’s a problem solver and can help stabilize mixtures. In agriculture, Exilva can enable the blending of pesticides with fertilizers, which reduces the number of times growers need to apply chemicals to their fields. It can also be used in seed coatings and treatments to improve the stability of the formulations strength of the coating and enhance the germination process. And using Exilva can improve the efficiency of conventional herbicides and fungicides, allowing for lower dosages being required.”

In the future, Foss-Jacobsen foresees Borregaard continuing to expand upon its role in agriculture, in its native Europe and across the entire globe. Between now and 2040, he expects the company to extend its product base into new and different sustainable sources. “Borregaard’s lignin-based biopolymers are co-formulants that can serve multiple functions in crop protection products,” he says. “And lignosulfonates are good alternatives to replace fossil carbon with biogenic carbon in crop protection products.”