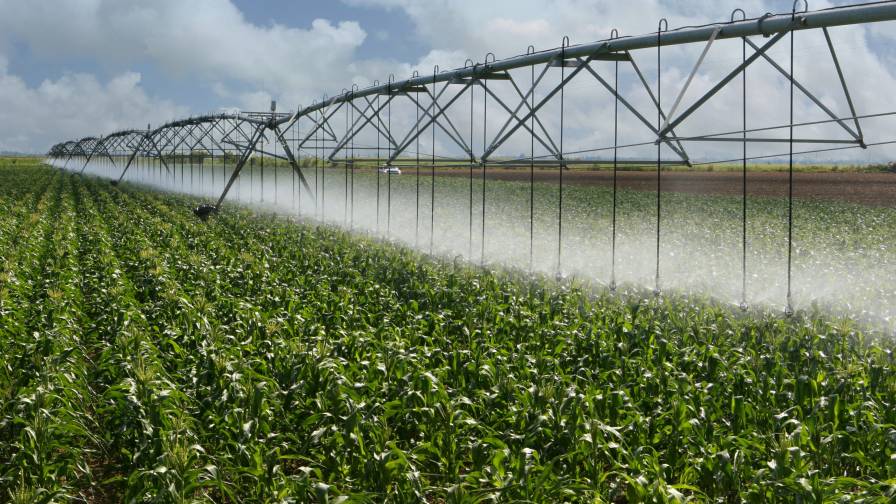 Recent research appears to indicate that the timing of nitrogen applications may need to shift to get the most from newer corn genetics.

A leaky system is rarely ideal, but that’s the hand ag retailers and growers alike have been dealt when it comes to nitrogen.

“I would say that managing nitrogen in agricultural systems – it’s a leaky system, so when you think about it that way, the way we position these products is all about gaining efficiencies,” opines Dr. Ryan Bond, VP of Strategic Marketing & Innovation, Koch Agronomic Services.

Gaining efficiencies in managing nitrogen is not a grower-only issue, as Bond tells it, as it also often falls onto the broad shoulders of today’s professional applicator and his retail organization.

“Whether that be the grower trying to manage his nitrogen, or from the retail perspective trying to get that nitrogen applied…wherever they’re trying to do more with less, and in the case with nitrogen being one of several yield limiting inputs, and also something that comprises typically 25% of the growers total enterprise budget to grow a corn crop,” he says.

In 2017, CropLife® touched base with Dow AgroSciences on the nitrogen efficiency side of things to learn what’s new with the chemical giant’s longstanding stabilizer product lines.

N-Serve and Instinct inhibit the nitrification by controlling Nitrosomonas bacteria to keep nitrogen in the ammonium form longer. Instinct typically is favored with UAN, urea and liquid manure applications, while N-Serve is put on with anhydrous ammonia.

Another aspect of the new formulation retailers in particular should enjoy: The product will be optimized to impregnate with urea.

According to Dow, both Instinct and N-Serve work below the soil’s surface to extend nitrogen availability to a window of about six to eight weeks. Research commissioned by Dow and its partners showed the active ingredient in both offerings increased soil nitrogen retention by 28% and provided a 7% bushel yield increase, according to meta-analysis, said Johnson.

While we’re on the subject of well-seasoned nitrogen stabilizer product lines, we’d be remiss if we didn’t at least mention Verdesian Life Science’s Nutrisphere-N and AVAIL phosphorus enhancer, both of which have been on the market now for a decade plus.

While there’s not much new to report on those two products heading into 2018, Darin Lickfeldt, Senior Technical Development Manager, notes that the company is claiming a three to four dollar return-on-investment for the grower for every dollar spent on Verdesian’s products.

As far as new products coming online in 2018, there’s a couple companies hoping to bring new solutions into this hyper-competitive market segment.

AgXplore is a specialty ag product manufacturer that got its start in 1999, headquartered in Parma, MO. New in 2018 is ContaiNMAX, which builds off the work of its popular non-pesticide, NZONE mixed with NBPT (N-(n-butyl) thiophosphoric triamide) ContaiN product line. ContaiNMAX adds a microbial package for increased soil health.

Shane Van Fleet, Technical Sales Director, says one of the takeaways for ag retailers looking at ContaiNMAX is its ease of handling characteristics, as well as the flexibility that being able to put on microbials and nitrogen in the same pass provides.

“We offer growers an overall environmentally friendly product with an ROI to back that up, as well as a lot of historic yield data,” Van Fleet explains. “As a farmer myself, water quality seems more and more important. If I can use products that aren’t pesticides to stabilize my nitrogen and increase my ROI I’m going to feel much better about products like this that have all those benefits, plus 47% less nitrates in my water.”

Misti McBride, Director of Market­ing, was with Van Fleet when we connected for the interview, as both AgXplore executives were driving home from a Crop Production Services meeting in Georgia.

“They’re not using ContaiNMAX (yet),” McBride says of the retail behemoth. “But they’re using ContaiN and have been using it for the last few years. And that’s the biggest thing we hear from clients like that — how easy it is to handle. With Agrotain there’s a lot of stickiness, you know, it builds up on the urea and for some applicators it fogs up their tips. With ContaiN we haven’t had any type of negative response, everything’s been positive and they (retailers/applicators) love the handle-ability of it.”

Koch Agronomic Services (KAS), meanwhile has two new fertilizer efficiency products pending registration, for which research has shown will be a significant benefit to farmers: ANVOL nitrogen stabilizer, which is formulated for urea and UAN application to prevent nitrogen loss to volatilization, and CENTURO nitrogen stabilizer, a new nitrification inhibitor for anhydrous ammonia that will slow nitrification, reducing the potential for leaching and denitrification. CENTURO and ANVOL are not available for sale or use at this time.

VP of Strategic Marketing and Innovation for KAS, Bond says that ANVOL features a new patented active ingredient, Duromide, which will “deliver the longest-lasting protection against ammonia volatilization.”

“Additionally,” he adds. “ANVOL has a higher concentration of active ingredients and is more stable than other leading brands.”

Ag retailers that decide to stock ANVOL will appreciate its ease of impregnation on dry urea, and also the coinciding labor reductions that come with more efficient treating at the downstream level.

“It’s been shown to be 26% more effective than AGROTAIN, and on top of that, other research conducted by Virginia Tech University has shown urea treated with ANVOL increases corn yields on average by 11 bushels per acre in comparison to AGROTAIN,” Bond adds.

Then there’s CENTURO, for which independent land grant university research has shown can provide a 65% reduction of nitrate leaching on fall applied anhydrous ammonia. Bond says that research has also shown a propensity for the product to reduce losses in spring applied fertilizer by 30%.

“And our research demonstrates it will be really unequaled in terms of handling and flexibility,” Bond continues. “Our data shows that it’s non-corrosive to the metals used with anhydrous and UAN equipment. That will result in a major advantage on equipment maintenance for future retailers.”

Bond says KAS is excited to share their research findings on CENTURO and ANVOL.

“CENTURO and ANVOL will be new tools in the toolbox to better manage nitrogen use efficiency,” said Bond. “We look forward to bringing these innovations to the market when they are registered.”

Matthew J. Grassi is Technology Editor for Greenhouse Grower and American Vegetable Grower. Matthew joined Meister Media Worldwide in 2012 and has held roles including Field Editor for CropLife and Senior Editor for PrecisionAg Professional. Matthew is a licensed drone pilot and an avid and experienced reporter of precision agriculture and other technology developments. See all author stories here.

CropLife 100: Top 10 Ag Retailers With the Most Stores