Weeds such as Palmer Amaranth and Common Waterhemp have shown resistance to 8 different herbicide groups (Group 2, 3, 4, 5, 9, 14, 15, and 27) in the USA. The Weed Science Society of America (WSSA), recommends a multistep approach to managing the growing issue of resistant weeds.

A TOUGH MODE OF ACTION FOR YOUR INTEGRATED WEED MANAGEMENT PROGRAM

Belchim Crop Protection USA wholeheartedly supports WSSA and the BMP’s above. For the past several years, Belchim has coordinated with key universities (experts in the control and biology of weeds), across the US corn belt to evaluate TOUGH® 5EC in numerous research trials. Results have shown significant increase in weed control when TOUGH® 5EC is included in the tank mix. Increased weed control of 5% to as much as 29% has been observed; especially when herbicide resistance to other classes of chemistry are present in the weed population- thereby REDUCING THE SEEDBANK!

Pyridate works by blocking a weed’s photosystem II process, triggering the release of toxic forms of oxygen and causing rapid cell wall degradation. Pyridate is a highly effective mode of action in corn and shows increased levels of weed control in tank-mix combinations. 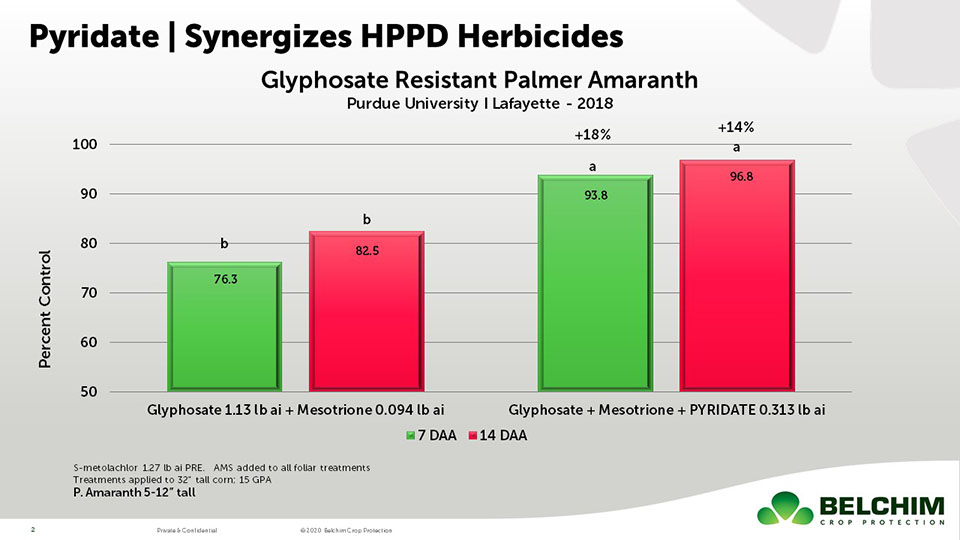 For over a decade, weed resistance (Palmer Amaranth and Common Waterhemp) to HPPD inhibitors (Group 27) has been on the rise. TOUGH® 5EC is an ideal tank mix partner, as a resistance management tool, with HPPD inhibitors. TOUGH® 5EC herbicide puts a charge in your post emergence weed control program with rapid and complete control of your broadleaf weeds including resistant Common Waterhemp, Palmer, Pigweed and Giant Ragweed. Field research has shown adding TOUGH® 5EC to the mix, improves performance; promoting faster weed death and overcoming HPPD resistance. 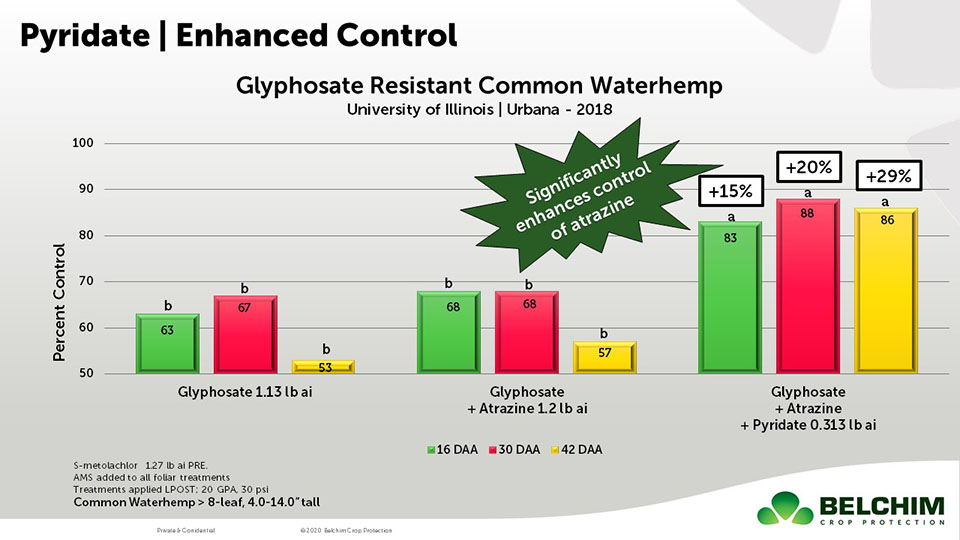 TOUGH® 5EC is a great product to combine with PSII’s that interact with the weed differently, such as Atrazine. Pyridate has fast foliar absorption to get to the target site but also degrades rapidly in the soil to prevent carry over concerns. Atrazine has slow leaf absorption and primarily works through root absorption which requires moisture. Atrazine has residual effects for weed control but can result in carry over; maximize the PSII class with this combination. 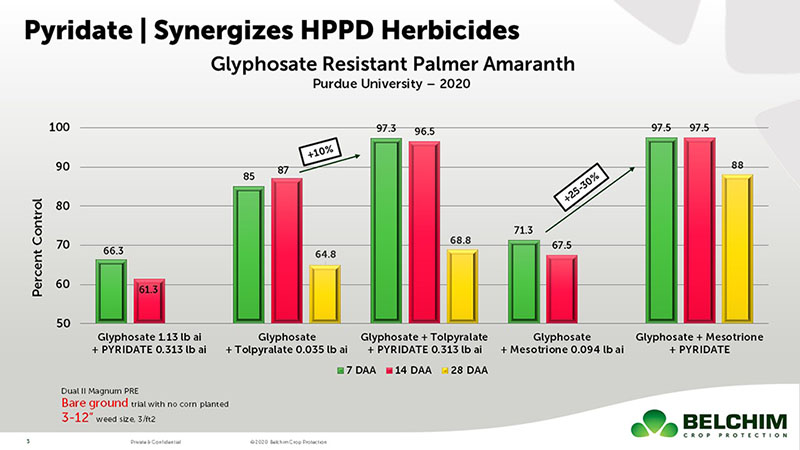