Each year, the number of cases of herbicide resistance increases and shows no sign of slowing down. Palmer amaranth and Common waterhemp have shown resistance to 8 different herbicide groups. See Photo below. 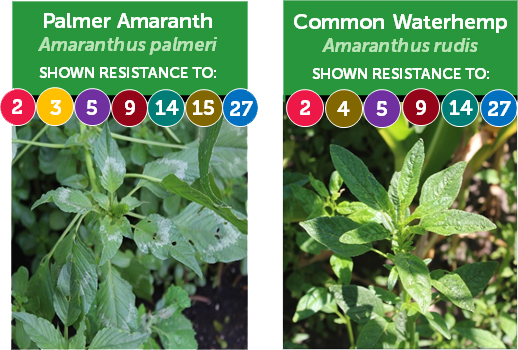 University and industry experts agree that an integrated system of multiple modes of action with overlapping soil residuals, is essential to an effective weed management strategy. In addition, incorporating different chemical and cultural management practices improves the ability to control tough and resistant weeds and protect existing herbicide technologies.

Dr. Pat Tranel, University of Illinois stated in a recent program; “You can go from one seed to a hundred thousand or more. When you think about weed management, you really need two perspectives: short-term where the goal is to prevent yield loss this year, but also long-term to get that seed bank under control and strive to be smaller every year. When you are dealing with an enemy weed that’s able to produce thousands upon thousands of seed, 95% control is nowhere near close enough. You have to be above 99% control in order to have a sustainable year after year system.”

Belchim Crop Protection introduces TOUGH® 5EC to the corn market for the 2021 season. The active ingredient in TOUGH® 5EC is pyridate, which is an underutilized chemistry in the Unites States. TOUGH® 5EC provides a unique tool for growers to control some of the most challenging weeds, especially resistant weeds such as Palmer amaranth, Common waterhemp, and Kochia.

A synergetic effect has been observed when Pyridate is combined with HPPD inhibitor herbicides, such as mesotrione. When combined, the amount of toxic oxygen produced is increased, reducing the plants ability to detoxify these oxygen molecules. This in turn increases the speed of kill and reduces the competitive effect of growing weeds in crops. Dr. Prashant Jha, Iowa State University has conducted a number of university trials with TOUGH® 5EC over the past few years. Dr. Jha states; “TOUGH is definitely going to be an effective strategy paired in a tank mix with HPPD inhibitors or Group 27 herbicides. When they are mixed together, like Callisto and TOUGH, we are achieving that 90 to 95% control with rapid necrosis and kill of plants within seven days after application.”

Dr. Jha evaluated the effect of a combination of three effective modes of action – atrazine, HPPD inhibitor herbicides, and TOUGH® 5EC on resistant weeds in Iowa. The results were impressive. It has been observed, when only atrazine and HPPD inhibitors are combined, the metabolic pathway in HPPD resistant weeds also degrades atrazine, therefore the plant metabolizes atrazine before it can assist the HPPDs. (See Figure 1) However, TOUGH® 5EC moves into the leaf quickly along with the HPPD herbicide to reach the target sites before they can be degraded. Dr. Jha continues “Now we have three multiple modes of action, which is one of the best management practices. Pyridate is available faster to assist that HPPD ahead of the metabolic degradation process in HPPD resistant weeds, and that’s how it is a game changer.” 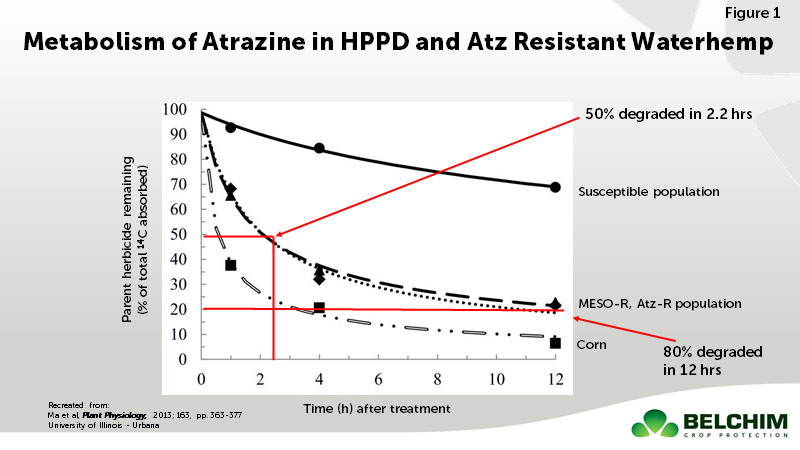 Dr. Bill Johnson of Purdue University was one of our cooperators in the summer of 2020 who conducted a trial to evaluate TOUGH® 5EC as part of a post emergent program for enhancing control of glyphosate-resistant Common Waterhemp in Corn. The trial evaluated the multiple mode of action program mentioned above. Click on link to watch the results. https://www.youtube.com/watch?v=EmOVYwfpSAw

Adding TOUGH 5EC to your integrated weed management program is a great way to increase control of resistant weeds and reduce the seed bank!

Seed Providers Anticipate a Strong Start to the Season