There are many worthy tools and technologies rolling out in precision agriculture these days. As an enthusiast like many, I get excited to see the level of innovation we are in the midst of when it comes to the development and implementation of new precision ag practices. One that I follow with particular interest is the gathering and use of field imagery.

As someone working in the agricultural drone space, field imagery comes up a lot. It’s often the first thing that people think about when they hear the words “drones” and “agriculture” together in a sentence. But I’m interested in imagery for a different reason.

At Rantizo, we’ve worked with numerous imagery companies. Everyone from Taranis to Pix4D to Aker. Each platform works a little different than the other, but the end goal is the same for the user: gather field imagery, aggregate the data, make decisions. The fascinating part to me is what comes next.

In a recent conversation with a professor of food, agricultural, and biological engineering for a prominent Big 10 school, the discussion unfolded. The program had been using various imagery tools for a number of years within their curriculum and in collaboration with local extension outreach partners. The primary objective to that point had been to find ways to improve precision practices in the field. But they were stuck. They were at a crossroads. “We’ve got the imagery. What do we do next?”

That’s when it dawned on me.

Their expressed sentiment was exactly what I’d heard from growers and agribusiness professionals alike. The conclusion? Imagery gathers information which is definitely needed and greatly important within the precision agriculture discussion. However, imagery is only as good as the steps that follow. Action is the part that brings it all together.

I’ve been privy to many sales conversations with prospective customers and current customers within my role at Rantizo and one of the things I continuously hear is the notion of “what’s next?” In other words, the imagery has been gathered, the data even synthesized, but what bridges the gap into action from there?

Rantizo has been part of the precision agriculture conversation for a while now. Mostly due to its drone spraying technology and the inherent abilities drones can add to the precision application needs within agriculture today. But what has really allowed Rantizo to take flight (I really love myself a good drone pun) is its ability to deliver a complete system optimized for drone spraying operations from start to finish.

That means bridging the gap from analysis to action by using imagery outputs, known as shapefiles, as the inputs used to determine course of action within the drone spraying system. In a matter of minutes, identified problems in the field now have a path (a planned mission) to be treated. Precision agriculture encompasses more than just pinpoint targeting of inputs, it also includes pinpoint timing of action. We can all agree that timing is everything. 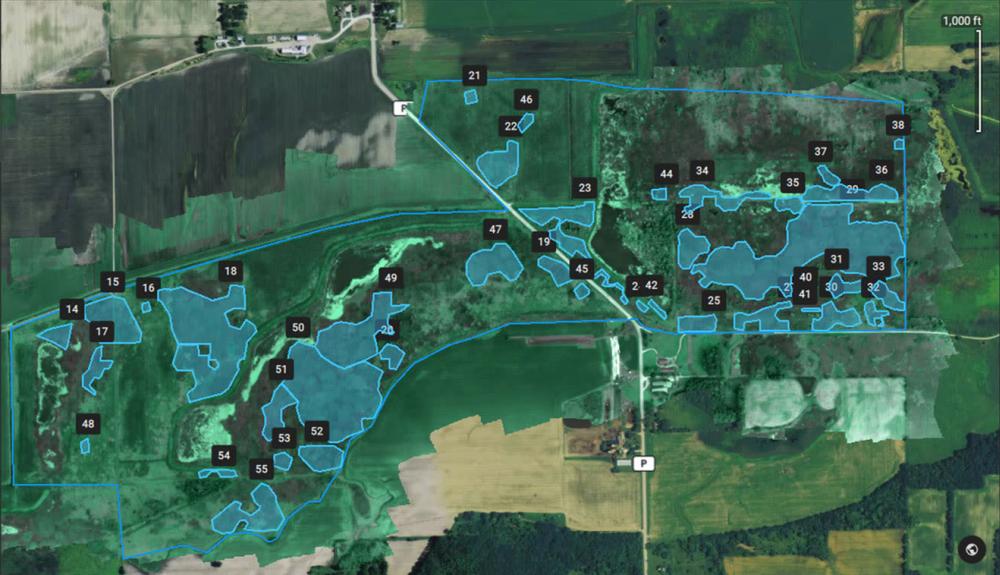 Creating shapefiles in Pix4Dfields to be used to spot spray a field of invasive weeds with a drone.

The moral of this story?

In my opinion, the true pinnacle of precision agriculture is delivered when tools and technologies are built to work together. I’m looking forward to seeing more of that to come.

What end-to-end solutions have you found valuable for your business? I’d love to know: [email protected].

0 1 5 With Precision Ag, the Whole Is Greater Than the Sum of Its Parts

Emily Carlson is an agricultural marketing professional currently working with Iowa City-based startup, Rantizo. She has spent the past couple years meeting with and learning about the needs of both farmers and ag retailers around the country when it comes to subjects like: labor shortages, precision equipment, and crop protection. Emily has been a contributing writer for thought pieces on rural broadband, as well as, business topics like SEO and social media best practices. As the press and media relations contact with Rantizo, she has also helped bring to light articles highlighting drones, swarming, precision agriculture, crop protection and much more. See all author stories here.

The ‘Crazy Times’ for Fertilizer in 2022