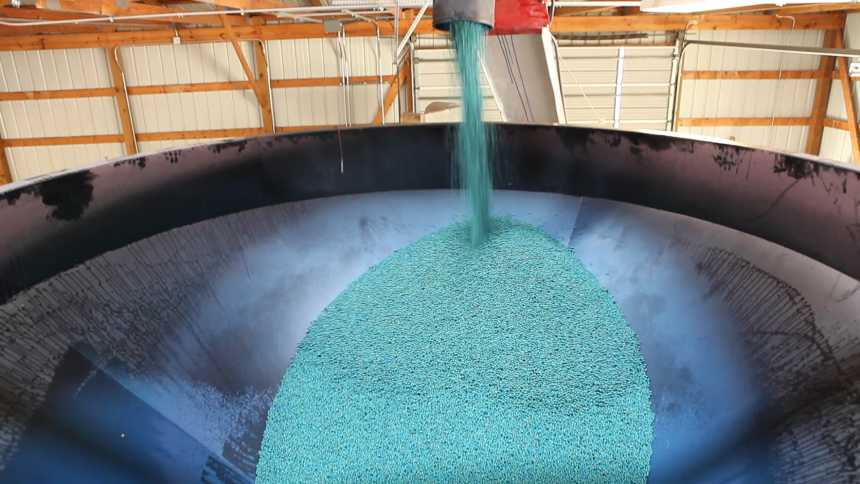 Prible Ag Products recently began working with Valent and its INTEGO Suite System, which is specifically designed to protect soybean seeds against a wide spectrum of Pythium and Phytophthora species.

Bob Prible is no stranger to disease pressures on his seedlings. As a long-time grower and owner of Prible Ag Products, Inc., Poneto, IN, he has spent more than 30 years in the seed business. And 25 of those years were spent working on some form of seed treatment.

“I had the chance to start my own business back in 2005, and my two daughters and son still work with me on this,” says Prible. “And after finding our location site and building our offices and warehouses, one of the first pieces of equipment we put in was a Gustafson seed treater.”

The reason for this commitment to seed treatment is simple, he adds — seedling disease pressures. In his part of Indiana and neighboring Ohio, the fields can be very difficult to manage, with poor drainage and consistently moist weather creating ideal conditions to spur such diseases as Phytophthora and Pythium.

“Most of our growers in the area are evenly split between a corn and soybean rotation,” says Prible. “But disease pressure is a constant threat, no matter the crop or year.”

For growers, this can make a huge difference, especially when it comes to potential profits. “The difference between replanting a field or not replanting a field is really big,” says Prible. “When you have to replant as a grower, your yield always is substantially reduced, no matter what else you do.”

Recently, says Prible, his company began working with Valent and its INTEGO Suite System. According to Prible, he has worked with the representative at Valent for more than 25 years. “He was aware of the Pythium and Phytophthora problems my customers were having, so he said ‘have I got a product for you!’” he says.

According to Valent, the INTEGO Suite System is specifically designed to protect soybean seeds against a wide spectrum of Pythium and Phy­tophthora species, even ones that have developed tolerance or resistance to other treatments. It can also be used to offer broad-spectrum insect protection.

At first, says Prible, he tried INTEGO treated seed on his own farm. Impressed with the results, he began some trials in other nearby soybean fields as well. The results, he says, spoke for themselves.

“The difference between the treated and untreated seed was like night and day,” he says. “On the untreated side of the field, the stand was around 20%. On the INTEGO treated side, it was closer to 80%.”

Today, says Prible, virtually all of his grower-customers buying soybeans are having them treated with INTEGO before putting them into their fields. “I have yet to hear from someone who isn’t happy with how their soybean crop has performed after using INTEGO on it,” he says.