“As we mark our 100th anniversary, it’s a time to reflect on how the company has continued to grow, innovate, give, and evolve over a century,” said Wilbur-Ellis President and CEO John Buckley. “It’s also a time to thank the people who made it all possible – our employees, customers, suppliers, partners and friends.”

Today, Wilbur-Ellis’ purpose is “to provide the essentials for the world to thrive.”

Back in 1921, when Brayton Wilbur Sr. founded the company in a two-room office in San Francisco, California, there wasn’t a “purpose statement” – but there was a purpose. And that was to serve our customers and make life better.

Since then, Wilbur-Ellis has grown into a leading international marketer, distributor and manufacturer of agricultural products, animal nutrients, and specialty chemicals and ingredients … and yet, we’re driven by the same purpose our founder embraced 100 years ago. 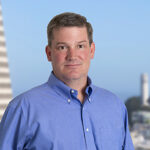 Mike Wilbur, President and CEO of Cavallo Ventures. Mike is the grandson of company founder Brayton Wilbur Sr., and the son of Brayton Wilbur Jr., who led the company as CEO.

Over the decades, the industries we serve have become increasingly complex.

In the 1990s, when CEO Brayton Wilbur Jr., son of the founder, considered the future, he recognized that the success of our customers and the company would depend on advanced technology and leading-edge innovation. In response, he spearheaded a move in that direction – and we’ve been following his lead ever since.

So, it’s not surprising that today his son, Mike Wilbur, is leading Cavallo Ventures, the venture capital arm of Wilbur-Ellis. Cavallo Ventures invests in early-stage companies that are developing innovative new technologies that could revolutionize agriculture in the years ahead.

Since the early days, Wilbur-Ellis has supported communities where our employees live and work. In 2004, we created the Impact Fund, which has provided $7 million to local organizations chosen by our employees in North America and Asia-Pacific.

In June of 2020, when we kicked off our year-long 100th anniversary celebration, giving was a big part our plan. Through a 100th Anniversary Giving Program, employees, their children, and friends of the company raised funds for the Red Cross – building on a $100,000 donation Wilbur-Ellis made in 2020. 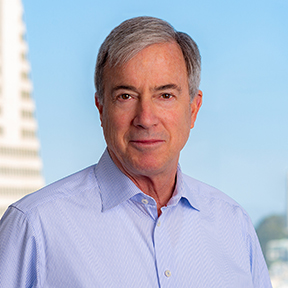 John Thacher, Executive Chairman of the Wilbur-Ellis Board of Directors, and a former CEO. John is the grandson of company founder Brayton Wilbur Sr., and the son of Carter Thacher, who also served as CEO.

As Wilbur-Ellis has evolved over the past 100 years, we’ve also maintained remarkable continuity. One reason is because Wilbur-Ellis has been family-owned since the beginning. Over the decades, new generations of the extended Wilbur family have joined the company and taken on leadership roles. Several family members have led the company as its Chief Executive Officer, including John Thacher, the current Executive Chairman of the Board of Directors.

For us, evolution as a company means adapting to the times and leading innovation. But it also means taking the long view … because while we’re focused on our customers’ needs today, we’re also looking ahead to the next 100 years.