For those who work in one of the largest but least populated states in the nation, a “short” trip is one that doesn’t require an entire day’s drive or tank of fuel. In Wyoming, any destination within 100 miles is considered “close.”

So, Keith Kennedy, manager for Agrimind LLC in Laramie, WY, stepped up when he learned how difficult it was to find independent auditors willing to travel to visit some in-state agricultural retailers participating in ResponsibleAg — an industry-led initiative committed to ensuring compliance with environmental, health, safety and security regulations to keep employees, customers and communities safe.

In 2019, Kennedy became a credentialed auditor for ResponsibleAg, which offers agricultural retailers a systematic approach to facility evaluation, recommendations for improvements and a comprehensive collection of resources members can turn to for information and education. He is one of only nine independent contract auditors in Wyoming credentialed to conduct ResponsibleAg audits — fewer than one auditor for every 10,000 square miles of the Cowboy State. 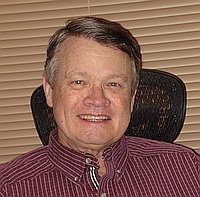 Wyoming is not alone. Contract auditors for the program in many other states also number in the single digits, offering opportunities for others like Kennedy who are interested in safety.

“Here in Wyoming, travel expense can mount up to have an auditor come to your facility,” says Kennedy, whose company provides advocacy and management services for agricultural associations. “We already help members of our state’s agribusiness association keep up with rules and regulations, so becoming an auditor was a great way to stress the importance of workplace safety with those retailers while reducing their costs and adding to our business.”

Back to school: Auditing 101

To receive his credentials as an independent auditor for ResponsibleAg, Kennedy took part in a four-day training course at the Ford B. West Center for Responsible Agriculture in Owensboro, KY. Once a retail farm center, the one-of-a-kind training facility now allows for real-life, hands-on training for safety professionals.

“I took the class in June 2019 and was fully credentialed by mid-August,” Kennedy adds.

Kennedy says the time was right to become an auditor. The training fit well with his current consulting work and previous experiences as a volunteer firefighter, EMT and EMS instructor.

Common findings from the field – wiring, labeling and documentation

Since becoming credentialed through ResponsibleAg, Kennedy has conducted 14 audits across Wyoming. He says that he’s uncovered many similarities in his findings. 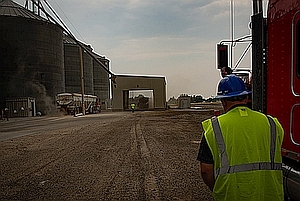 Agrimind, LLC, located in Laramie, WY, helps members of the Wyoming Business Association keep up with rules and regulations. Conducting ResponsibleAg audits is another way Keith Kennedy stresses the importance of workplace safety while working with his ag retail customers

“Common findings are incorrectly wired electrical outlets or absence of ground-fault circuit interrupters. I also see issues with facilities’ Lockout/Tagout programs,” Kennedy explains. “I’ve found retailers often have the materials to complete Lockout/Tagout, but they don’t necessarily have a program or documentation that trains employees to use them.”

Kennedy also has observed a similar need for corrective action in proper use of National Fire Protection Association labeling on fuel tanks, buildings and storage bins.

“It’s easy to forget how important labeling is for first responders,” he says. “Through dispatch, they have access to a facility’s SARA Tier II report. If NFPA labels are different from what’s in the report, it’s confusing at the least and potentially life-threatening.”

The old adage, “If you didn’t write it down, it didn’t happen,” applies to many aspects of safety findings, Kennedy adds. “Often, correct procedures are being used but not documented.”

While checklists and corrective actions may seem daunting at first, Kennedy has found that the locations he audits appreciate a fresh set of eyes to review their facilities and their safety procedures. 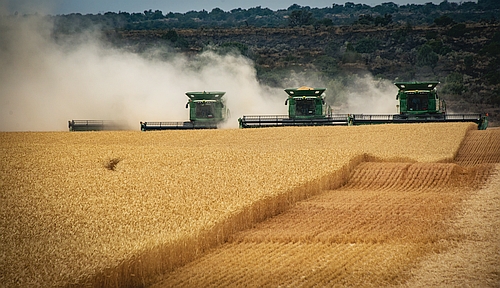 In Wyoming there are fewer than one ResponsibleAg credentialed auditor for every 10,000 square miles of the Cowboy State.

He adds that, while cultural changes are critical to ensuring a safe workplace, safety can’t be a group project. He recommends retailers find an internal champion for the company’s safety program. And his advice for those who haven’t yet signed up for ResponsibleAg? Don’t delay.

“Ag retailers are always busy,” Kennedy says. “Work during the growing season seems to stretch out longer in the summer and fall, and in the winter, there are more meetings and trainings. So, any time is the best time to sign up and start the process.

“We all worry about getting a surprise call from an agency wanting to inspect our facilities or review our records,” he continues. “Participating in ResponsibleAg is a way to lessen that anxiety while reducing the potential for an accident or injury. It shows employees and customers that you are concerned with their well-being.”

To learn more about becoming a ResponsibleAg auditor or to become a member, visit www.ResponsibleAg.com or call 270.683.6777.