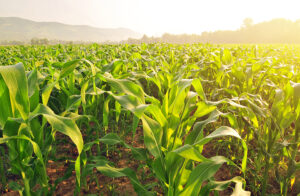 While using nitrogen stabilizers is an investment, it is one that growers can make knowing they will get a return on their investment.

The dramatic increase in nitrogen fertilizer prices because of supply shortages and other factors will continue to impact corn growers as they plan for the 2022 season. According to a recent survey by CropLife, fertilizer prices more than tripled throughout the 2021 growing season. For instance, growers were paying an average of between $300 and $400 per ton for anhydrous ammonia for the fall 2020 application season. One year later, this amount inflated to between $1,000 and $1,200 per ton.

Considering the circumstances, the timing could not be better for corn growers to use nitrogen stabilizers in their operations to get the best bang out of the bucks they spend on fertilizer applications.

“I don’t hear anybody talking about a rapid decline in nitrogen prices,” says Jeff Moon, Market Development Specialist for Corteva Agriscience. “The supply chain has been disrupted, and there are logistical issues. I don’t anticipate a fast fix to this problem.”

There are a few reasons corn growers may want to consider nitrogen stabilizers, the first being economics. With prices so high, the last thing growers want to do is waste nitrogen, Moon says.

“Nitrogen is one of the largest investments that growers make in their corn crop year in and year out,” he adds.

And as corn growers know, nitrogen is a challenging nutrient to manage. It is subject to loss through leaching, denitrification, and volatilization. Corteva Agriscience offers two nitrogen stabilizers – Instinct NXTGEN® and N-Serve® – that can help growers greatly reduce that nitrogen loss and more.

Instinct NXTGEN, which debuted three years ago and is an updated formulation that offers improved handling and a lower use rate compared with previous versions, maximizes nitrogen when used with UAN, urea, and liquid manure. N-Serve, released in 1976, works with anhydrous ammonia.

Both products extend nitrogen availability during corn’s key growth stages. They work underground, where up to 70% of nitrogen loss can occur. Corn prefers a mixed diet of ammonium and nitrate. But early in the corn life cycle, the plant operates more efficiently on ammonium nitrogen. Instinct NXTGEN and N-Serve slow down the bacteria that converts ammonium to nitrate, keeping nitrogen in the ammonium form longer so it is there when the corn needs it, Moon explains. Then the crop can reach its maximum yield potential.

Instinct NXTGEN and N-Serve are powered by Corteva Agriscience’s patented Optinyte technology, which utilizes the active ingredient nitrapyrin, which was developed in the mid-1970s. Corteva Agriscience has compiled data from about 1,000 field trials over the years that point to nitrapyrin’s return on investment. According to a meta-analysis of 189 field trials1 on the agronomic and environmental effectiveness of nitrapyrin on corn production in the Midwest, crop yield increased 5.2% in the spring (7% in the fall) and soil nitrogen retention increased 28%, while nitrogen leaching decreased 16% and greenhouse gas emissions decreased 51%.

While using nitrogen stabilizers is an investment, it is one that growers can make knowing they will get a return on their investment, Moon stresses, noting that Instinct NXTGEN and N-Serve
allow nitrogen to stay in the soil longer, up to eight weeks.

“The corn doesn’t need a lot of nitrogen early on in its life cycle – it needs it deeper into the season,” Moon adds.

Growers might think that applying more fertilizer to combat lost nitrogen is better than applying a nitrogen stabilizer. Even if fertilizer prices were lower, Moon says it is not a good idea.

“Farmers have a yield goal, and they know how much nitrogen it’s going to take to get to that yield,” Moon says. “They also know there’s going to be some residual nitrogen likely left in the soil from the previous crop. But the more nitrogen they put out beyond what they need, the more that is subject to loss. It just doesn’t make sense either economically or environmentally to over apply nitrogen. Growers want to make sure they’re getting the most out of the nitrogen that they’re putting out.”

Because they do what they do, nitrogen stabilizers are also a sustainable option, another key reason to use them, Moon says.

Moon says Corteva Agriscience’s territory managers spend ample time with agriculture retailers to educate them about the benefits that nitrogen stabilizers can provide.

“Retailers are our customers as well and we need to sell the product to them to get it down to the grower level,” he adds. “It resonates well with retailers that nitrogen stabilizers provide a good return on investment and are good for the environment.”

The Message Is Clear

Corteva Agriscience’s message to retailers is not for them to sell nitrogen stabilizers at the expense of selling less nitrogen fertilizer, Moon stresses.

“We’re not talking about reducing nitrogen rates,” he says. “We want growers to use the appropriate nitrogen rate, but we want them to protect it.”

A grower who needs to apply 150 pounds of nitrogen to corn should not apply 180 pounds because the grower expects 30 pounds to be lost, Moon affirms. “It just doesn’t make any sense to use more nitrogen when it’s not called for,” he adds.

Moon believes Corteva Agriscience has “set the standard” with its nitrogen stabilizers through its Optinyte technology. In 2016, Optinyte was awarded the U.S. Environmental Protection Agency’s Presidential Green Chemistry Challenge Award for the ability to help protect the environment and the soil while increasing nitrogen effectiveness for farmers. Moon says the 7% yield increase in corn triggered by nitrapyrin that was discovered in the Iowa State study is a figure that has been documented repeatedly in subsequent trials.

1 Wolt, J.D. 2004. A meta-evaluation of nitrapyrin agronomic and environmental effectiveness with emphasis on corn production in the Midwestern USA.