How has imagery revolutionized the traditionally oh-so-time-consuming-task of in-season crop scouting in the Ag Tech Era?

Well, for starters, the mass propagation of satellite, drone, and fixed-wing imagery providers in ag has presented ag service providers with yet another digital tool to leverage to be more efficient and targeted with in-season crop scouting programs.

Indeed, what used to take place every summer with teams of sun-kissed college interns armed with a pick-up truck, dog-eared notepads, and trusty old No. 2 pencils has been replaced by iPads, aerial imagery data derived from satellite acquisition or drone flights, and automated algorithms on the backend that process the imagery and spit out a prioritized list of fields that need ground-truthing or extra attention from the retail agronomist.

Speaking from the heart of the Eastern Corn Belt in London, OH, a stone’s throw outside the state capital of Columbus, Kansas State University researcher and expert of all things imagery Dr. Ignacio Ciampitti told the farmers and various crop input dealers assembled inside the Pioneer seed production facility that “crop scouting today with imagery is basically relating plant biology to sensor data.” 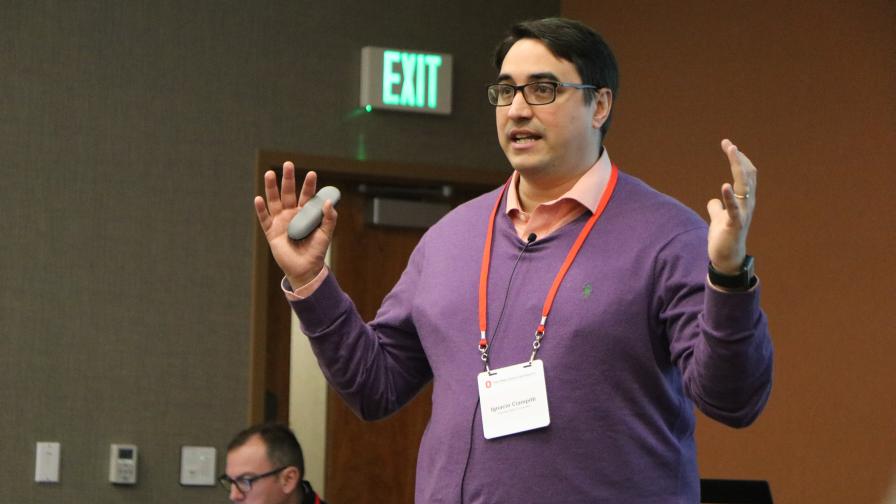 I circled back with Ciampitti post-event to ask his opinion on just how many ag service providers today base their in-field scouting programs on aerial imagery. Not as many as I had thought, seemed to be his answer.

“Most of the services providing imagery today are not directly related to scouting,” Ciampitti shares. “But they provide an image that, if geo-referenced, could be used for directing scouting in specific zones of the field. However, most of the final scouting is still in the hands of the farmers or crop consultants — to go to those areas of the field and check for potential yield-limiting factors such as insects, diseases, nutrient deficiencies.”

According to Ciampitti, what imagery data layer an ag service provider needs to capture can vary depending on how the service provider intends to use the pictures. Think RGB for simple in-season scouting and NDVI and other advanced plant health indexes for fertilizer and pest pressure decisions.

“Yes, the RGB layer is good for early-season stand counts, and using more than one spectral band (green, blue, red, NIR, red-edge) to create Vegetation Indices (e.g., NDVI) can be quite useful for detecting zones of the field with different problems,” he agrees. “Hopefully, in the near future, when more uses are identified, then the companies will move to develop products directly connecting other vegetation indices for more specific issues, such as irrigation.”

Looking forward, I wondered whether Ciampitti thought the industry was far off on taking field scouting one step further, going beyond individual zone management and embracing a level of decision making that zeroes in on each individual plant, a future many in Europe and Silicon Valley have envisioned and are even working toward today with things like xarvio and See & Spray technologies in which weeds are managed on a per-plant basis.

“It will be a nice wish to move from zone to plant-level management,” Ciampatti agrees before offering up a few caveats. “But as I always say to the farmers, first we need to educate people to recognize the benefits of working in zones and then move to a more advanced level and start managing the entire variability. More of everything is always good — more layers and more resolution (more images during the season) — but the challenge is on the data management and interpretation, so basically how can we move from a nice high-resolution picture to taking a real management decision in the field?”

Speaking of real management decisions, Ceres Solutions Agronomist Betsy Bower is one of the many folks doing exactly that, helping Indiana farmers make decisions based on data every day.

“We use imagery mostly to direct our NutriSolutions tissue sampling and planning of where to place our soil moisture probes,” Bower tells me when queried about Ceres-directed scouting efforts. “We have used the SAMZ map from the Winfield-United R7 tool and the soil type map to determine the area where the majority of the field looks to behave the same (from several years of imagery) as well as to understand the various soil types under the area. We have been using Climate FieldView at times to see in-season field imagery. I have used this imagery in my irrigation fields to double-check crop health, so I do see the Climate FieldView tool as a big help to us going forward.” 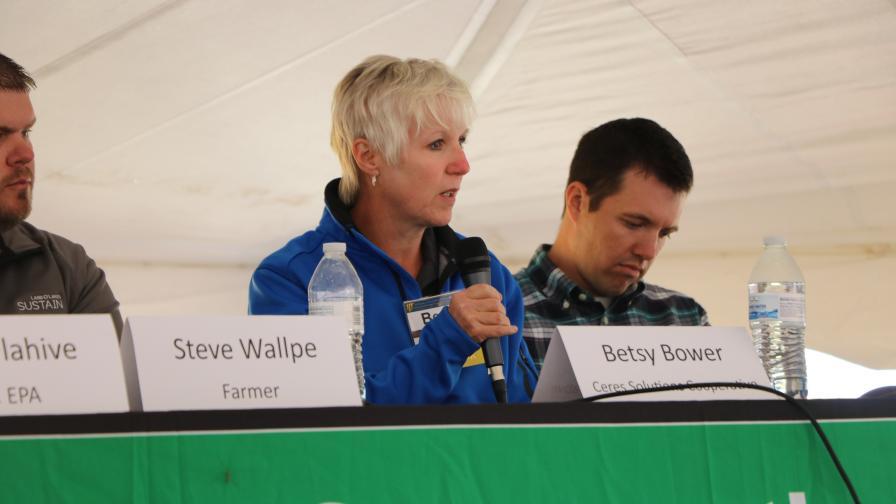 “We have investigated at least one of these products, but we did not receive timely imagery consistently to make a program happen, nor did we get good participation from our account retail managers to get the info in to the tool,” Bower shares. “There is some time needed to get data (field boundaries, etc.) to set up such tools, and we were not able to get the info into the tool timely. We do think such a tool could be handy for us, but we have issues finding the time to get it all done.”

Surprisingly, Bower says a free tool that all of us have access to, right in the palm of our hands, is Ceres’ most-used digital tool when it comes to directed scouting.

“Our most-used imagery tool has been and is still currently Google Earth,” she says. “We have used Google Earth for years to provide directions on how to get to fields to applicators, tender drivers and others to look at issues.”

Still, Bower agrees that professional grade aerial imagery will always have a place in the agronomist’s toolbelt, especially in-season as growers consolidate and farms get larger and more spread out across the countryside.

“In-season imagery can help us identify nitrogen and/or sulfur issues in corn in time to address it with a late application,” Bower says. “We can get a feel for how much damage pests may be doing to a soybean or corn crop, and with some types of imagery we may be able to see where a crop disease could be starting to affect a crop and direct our scouting and application to protect that crop.”