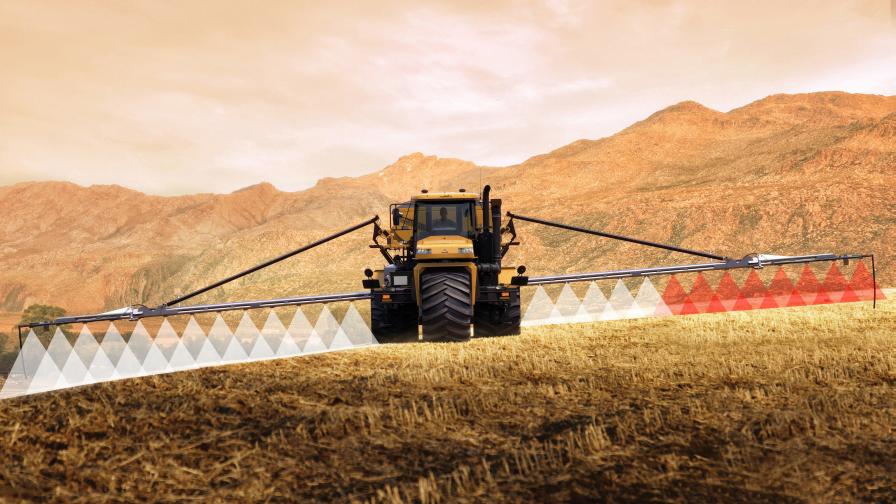 By combining resources, the two companies have advanced boom spreader section control to the next level, for applicators and grower-customers alike. Here, a TerraGator shows one of four sections turned off.

As any company is prone to do with a problem, Aberdeen, SD-based Agtegra Cooperative asked for some help. And thanks to the Engage SpreadControl system from Intelligent Ag, the ag retailer found exactly what it was looking for.

Being one of the largest ag retailers in the country, Agtegra is used to solving problems for its numerous member/owners. In fact, the company’s 62 retail locations spread out across the states of North and South Dakota typically record more than $200 million in sales annually. In the 2019 CropLife 100 listing of the nation’s top ag retailers, Agtegra ranked in 13th place. As with most major ag retailers in the U.S., the majority (more than 90%) of these revenues came from the three major crop input sectors — fertilizer, crop protection products, and seed.

But going back to at least the early 2000s, Agtegra has also earned a reputation in the ag retail marketplace as a major player in technology and product innovation. As the company’s website touts: “Technology is the backbone of improved production. At Agtegra, we have a long history of using technology to improve yields. We were one of the early adopters of precision farming practices. We led the way with management zone-based farming practices now known as MZB Technologies.”

The company also offers grower-customers access to its Innovation Center. The team of experts at the Innovation Center provide equipment upgrades, parts and on-farm service, and support to keep customer’s operation running at all hours of the day and night. This includes on-site consultation for equipment and product usage insight, precision management with whole farm technology integration, and data retrieval and analysis.

In addition to these products and services, Agtegra also does a fair amount of business in the area of custom application. Representing approximately 8% of total company sales during 2019, Agtegra applicators apply both crop protection products and crop nutrients for member/owners across its Upper Midwest territory, covering hundreds of thousands of acres each year on average.

Naturally, as technology-savvy Agtegra has been throughout its history, the company has been quick to equip its fertilizer spreaders with the latest innovations. In recent years, this has included section control.

However, as Lance Larsen, Innovation Center Operations Manager, explains, this innovation wasn’t as accurate in operation as Agtegra had originally hoped. “When you are operating with two-section boom control, you can only divide a 70-foot boom into two 35-foot sections with a stock machine,” says Larsen. “This places some limits on how accurate an applicator can apply crop nutrients on a field.”

The other issue was ease of use for the applicator. “To make an OEM equipped machine really work, the applicator needs to be able to calculate the amount of overlap he will encounter in the field and try to adjust for it,” says Larsen. “Ideally, the applicator could set the machine to spread the desired rate and not have to try to estimate what the overlap will be. This would help improve our job accuracy and quality while reducing the opportunity for mistakes.”

Enter Intelligent Ag. From its beginning, Intelligent Ag has worked on technology improvements for air seeders. In 2015, the company began experimenting with ways to monitor fertilizer flow on large boom spreaders with a solution named Recon SpreadSense. “Using this work as a starting point, our company eventually developed ideas for a retrofittable section control system that could split the boom into four sections instead of only two,” says Joe Heilman, General Manager at Intelligent Ag. “We called this system Engage SpreadControl.” 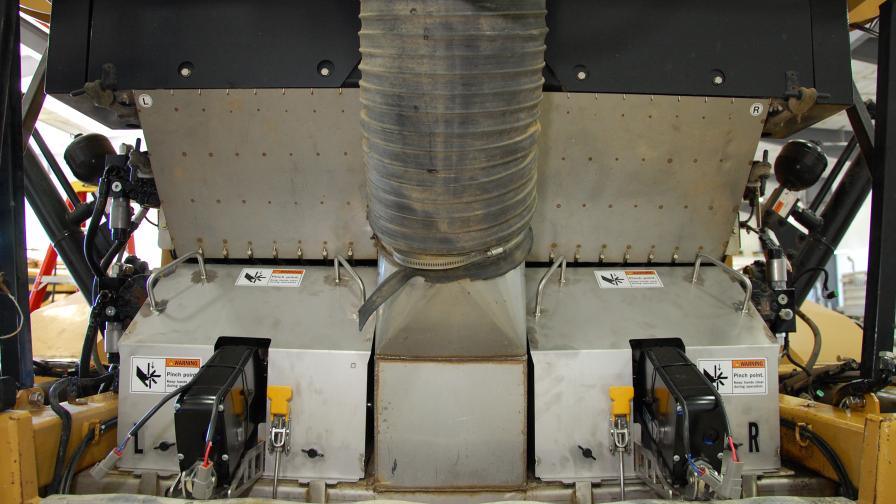 In the field, this retrofittable system involves the installation of a series of control modules and new funnel boxes to redirect the flow of material on the spreader boom (when needed) and split it into four separate sections. On a standard 70-foot boom, this would mean each section is now 17.5 feet. At present, says Heilman, Engage SpreadControl is designed to work with AGCO Corp. TerraGator A and B Series 7300, 8300, 8400, and 9300 models with AirMax Precision or AirMax Precision 2 systems running with a Raven Industries Viper 4 Terminal.

A Partnership is Born

According to Heilman, Intelligent Ag first came to Agtegra with its Engage SpreadControl system back in 2018, offering the ag retailer a better way to manage its fertilizer application business. At the time, however, the product was really only a concept. Immediately Larsen realized the benefits such a system could bring to the company’s applicators.

“Traditionally, there’s one simple rule that can apply to all applicators — if it’s not easy to use, they don’t want to deal with it,” he says. “But starting from the ground up gave us the opportunity to help steer the design to meet our demands on ease of use for the applicators.”

With initial testing successful, Agtegra rolled out another 10 TerraGators equipped with the Engage SpreadControl system to handle fertilizer application work during the spring 2020 growing season. “In three months’ time, these 10 machines applied fertilizer to more than 90,000 acres only in the spots where it was needed,” says Larsen. “In the end, this saved us more than 2,500 acres of fertilizer overlap, which enabled us to save fertilizer, reduce mistakes, and do a more accurate job in all the other areas of the fields. The amount of fertilizer that would have been over-applied would have been over 800 tons without this system.”

To put this into perspective, says Intelligent Ag’s Heilman, 2,500 acres is about the equivalent of “three New York City Central Parks of land that wasn’t over-applied. With just 10 machines over three months, 800 tons of saved and/or more accurately applied product has a huge impact to Agtegra and their members.”

Heilman continues: “We’re incredibly thankful to Agtegra for working with us through all the wrinkles with this product. By working alongside Agtegra during development, we had access to machines, field testing, and instantaneous operator feedback that we were able to implement very quickly. By working so closely together, I estimate we were able to bring this to market about two years earlier than we would have been able to alone. This kind of partnership is how you really move the needle and solve problems for the ag industry.”